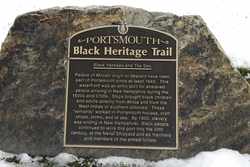 Beneath the rancor of our everyday politics rages a longstanding debate instigated by professors and journalists about the convictions that truly underlie the founding and unfolding of the United States of America. The bitter clashes between politicians grab most of the headlines. But because it will shape the education of today’s students and the sensibilities of generations to come, the contest among intellectuals over America’s governing principles is likely to have greater impact on the long-term health of the country.

One cause for hope is that in the United States even intemperate attacks on America’s founding principles tend to implicitly draw upon, and thereby tacitly reaffirm, the indispensableness of those principles.

With its launch last August of the 1619 Project, the New York Times showcased an ambition that has been nurtured by professors for at least the last three decades. The project, in the words of the editors, “aims to reframe the country’s history by placing the consequences of slavery and the contributions of black Americans at the very center of our national narrative.”

The project, which in the six months since its launch has already been incorporated into select curricula across the country, has its merits. Skillful storytelling forces readers to reckon with the horror of human beings ripped from their homes, families, and communities, only to find themselves — if they survived the excruciating journey across the ocean — in forced-labor camps in a distant land surrounded by strange people and practices. Short essays highlight the connections between the abominable institution of slavery and the economic development of the nation; Wall Street and the finance industry, for example, acquired vast sums mortgaging and insuring enslaved people as property. The essays also explore the widespread racial discrimination that persisted long after slavery was formally abolished — the effects of which, the project argues, still linger.

Recovery of the truth about slavery and its painful legacy is laudable. But many of the Times’ 18 original articles advance a false and inflammatory contention. That claim, which is rooted in fashionable academic theories about structural oppression, is that slavery — not the idea of fundamental rights belonging to all persons heralded in the Declaration of Independence — is the defining feature of America’s founding.

The ambiguity at the core of the 1619 Project — whether its goal is to recover the truth on behalf of the public interest or to promulgate a hyperbolic critique for partisan advantage — is on display in the project’s lead essay. Nikole Hannah-Jones, a New York Times Magazine staff writer, asserts harshly but, in one sense, accurately, “The United States is a nation founded on both an ideal and a lie.” The ideal is, “‘all men are created equal’ and ‘endowed by their Creator with certain unalienable rights.’” The founding lie, according to Hannah-Jones, is twofold: First, that “the white men who drafted those words did not believe them to be true for the hundreds of thousands of black people in their midst”; and, second, that unalienable rights “did not apply to fully one-fifth of the country.”

But Hannah-Jones’s description of the lie distorts a complex reality. Yes, the American Constitution gave legal protection to slavery in violation of the Declaration’s radiant promise. Yet, many of those who signed the Declaration — among them principal drafter Thomas Jefferson — believed that black Americans, like all people, possessed “unalienable rights.” The government whose foundations those signers helped lay, moreover, provided the framework in which slavery would be outlawed. The lie at the founding was that black people were deprived of fundamental rights that, according to the principle inspiring the Declaration, did apply to them by virtue of their humanity. It was for this reason that, many years later, Jefferson wrote, “I tremble for my country when I reflect that God is just.”

Last month in the Atlantic in “A Matter of Facts,” Princeton history professor Sean Wilentz expressed unqualified support for the 1619 Project’s “stated goal to educate widely on slavery and its long-term consequences.” But elaborating on a letter he and four other distinguished historians published in December in the New York Times — a measured critique that New York Times Magazine editor-in-chief Jake Silverstein patronizingly dismissed — Wilentz insists that the project’s reconstruction of the historical record was substantially flawed. “No effort to educate the public in order to advance social justice can afford to dispense with a respect for basic facts,” writes Wilentz. “In the long and continuing battle against oppression of every kind, an insistence on plain and accurate facts has been a powerful tool against propaganda that is widely accepted as truth. That tool is far too important to cede now.”

Wilentz’s first example of Hannah-Jones’s departure from the facts is her claim that “one of the primary reasons the colonists decided to declare their independence from Britain was because they wanted to protect the institution of slavery.” Reviewing the evidence, Wilentz shows that no such threat to slavery from Britain existed. Furthermore, in Maryland, New Jersey, Pennsylvania, Connecticut, and Rhode Island the colonists had “either outlawed the trade or imposed prohibitive duties on it.” And “[m]easures to abolish the trade also won approval in Massachusetts, Delaware, New York, and Virginia, but were denied by royal officials.”

Wilentz also exposes the problems with Hannah-Jones’s assertion that Abraham Lincoln “believed that free black people were a ‘troublesome presence’ incompatible with a democracy intended only for white people.” The claim, Wilentz demonstrates, “is built on partial truths and misstatements of the facts, which combine to impart a fundamentally misleading impression.” Although in the 1850s Lincoln considered the possibility of conditioning emancipation on the freed people leaving the United States to create their own colony elsewhere, President Lincoln’s Emancipation Proclamation assumes that former slaves would live as free men and women in the United States. Furthermore, Lincoln’s worry about the integration of American society “was echoed by some black abolitionists who enthusiastically endorsed black colonization.” As for Hannah-Jones’s assertion that Lincoln “opposed black equality,” it cannot withstand scrutiny. In his 1857 speech denouncing the Dred Scott case and in his 1858 debates with Stephen Douglas, Lincoln unequivocally affirmed that black Americans shared fully in the unalienable rights that, according to the Declaration of Independence, governments are established to secure.

Third, Wilentz explains that Hannah-Jones is wrong to maintain that “for the most part, black Americans fought back alone” against Jim Crow and the legacy of racism in America. All who cherish freedom and equality owe a debt of gratitude to the courageous black Americans throughout our nation’s history who vindicated the Declaration’s affirmation of individual freedom and human equality by demanding that their rights be respected and who, in many cases, put their lives on the line for their freedom. At the same time, “[b]efore, during, and after the Civil War, some white people were always an integral part of the fight for racial equality,” writes Wilentz. “From lethal assaults on white southern ‘scalawags’ for opposing white supremacy during Reconstruction through resistance to segregation led by the biracial NAACP through the murders of civil-rights workers, white and black, during the Freedom Summer, in 1964, and in Selma, Alabama, a year later, liberal and radical white people have stood up for racial equality.”

Although she obscures the role of white people who were on the side of justice in the centuries-long struggle to secure the rights of black Americans, Hannah-Jones writes powerfully about the larger and inspiring significance of that struggle. “Yet despite being violently denied the freedom and justice promised to all, black Americans believed fervently in the American creed. Through centuries of black resistance and protest, we have helped the country live up to its founding ideals. And not only for ourselves — black rights struggles paved the way for every other rights struggle, including women’s and gay rights, immigrant and disability rights.”

With this crucial observation, Hannah-Jones confirms the centrality to the American experiment, and the continuing vitality, of America’s founding principles. For her critique would have little force in a dictatorship or in a society dominated by an aristocracy based on blood and land — or where racism permeated political idea and institutions. Only in a country dedicated to the Declaration’s central convictions — that all human beings are created equal, that we are endowed with certain unalienable rights, and that the chief purpose of government is to secure those rights — could her dire assessment appear in a marquee venue, singe her readers’ consciences, and prompt fellow citizens to carry forward the work of improving the alignment of American practices with American ideals.

To preserve such an America, it will be necessary to tell the truth — disguising none of the betrayals but also concealing none of the luster — about the Declaration’s essential truths and the nation’s inspiring progress, born of shared struggle, in honoring them.

Peter Berkowitz is director of the State Department’s Policy Planning Staff and a member of the department’s Commission on Unalienable Rights. He is on leave from the Hoover Institution, Stanford University, where he is the Tad and Dianne Taube Senior Fellow.

America's Most Profitable Export: Money
March 11, 2019
Joe Biden’s School Policy Exposes His Fraud on ‘Science’
February 14, 2021
The Most Talked About Stories on Military.com This Week
November 29, 2017

LAS VEGAS — In this desert city built on hopes, dreams and neon lights, former New York Mayor Michael Bloomberg made a wild gamble to emerge from the protective bubble of his $400 million ad campaign and face five rivals for the Democratic nomination head-on in a nationally televised debate. The

Financial markets remain blissfully in denial of the many predictable global crises that could come to a head this year, particularly in the months before the US presidential election. In addition to the increasingly obvious risks associated with climate change, at least four countries want to destabilize the US from