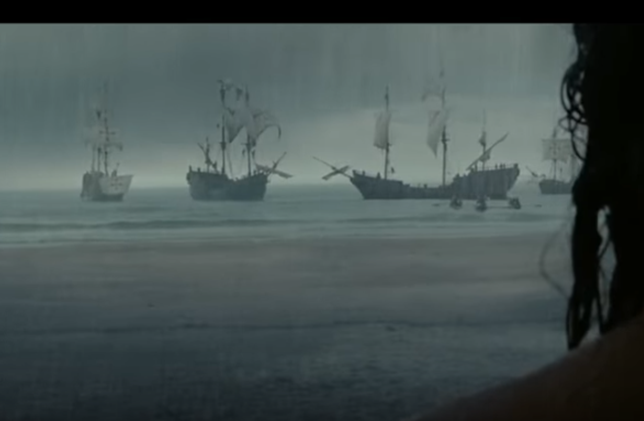 Spain’s rejection of the demand was immediate and blunt

Just when you think we may have seen peak “social justice insanity,” there is a news item showing that we have clearly not yet topped out!

Despite having 15th largest economy in the world and being the third most populous country in the Americas, Mexican President Andrés Manuel López Obrador has demanded that the Spanish government apologize for the conquistadors.

López Obrador, who was elected last year, released a video Monday, describing a letter he wrote to Spain’s King Felipe VI. In the letter, he said, he urged both the king and the pope to “apologize to the indigenous peoples [of Mexico] for the violations of what we now call their human rights.”

The letter has irritated a normally strong relationship between Mexico and Spain, the world’s two richest Spanish-speaking countries. The Spanish government released a statement late Monday saying that it, “deeply regrets the disclosure of the letter the president of Mexico sent to the king on March 1,” adding that it “firmly rejected” López Obrador’s assertion.

A review of Mexican history, especially focused on the Aztec Empire and its practices of slavery and human sacrifices, would have many argue that the conquistadors were liberators. In fact, Spanish expedition leader Hernán Cortés found a number of willing native allies to help his small force capture the Aztec capital of Tenochtitlán.

I guess carving out hearts wasn’t the way to win ‘hearts and minds.’

Speaking in the Congress of the Gulf coast state, Charlie Valentino León Flores Vera, a deputy with López Obrador’s Morena party, said that corruption in Mexico and other Latin American countries is a product of Spanish colonization and that Spaniards should show remorse for the actions of their ancestors.

“. . . Unfortunately, we were colonized by the worst of the races, which is the Spanish . . . I wouldn’t ask them to [just] apologize but rather kneel down before our country because thanks to them we’re living through all this corruption,” he said.

“In Canada, there were French and English colonies. Look at the difference! In the United States, there were English colonies . . . In Belize, there was a colony of black English people and I think that they [the Belizeans] live better than us,” León Flores added.

The Spanish have responded precisely the way you might expect.

Spain’s rejection was immediate and blunt.

“The government of Spain deeply regrets that the letter the Mexican president sent to his majesty the king, whose contents we firmly reject, has been made public,” it said in a statement.

“The arrival, 500 years ago, of Spaniards to present Mexican territory cannot be judged in the light of contemporary considerations,” it said.

“Our two brother nations have always known how to read our shared past without anger and with a constructive perspective.”

After this review of native culture in Central America, I think you can understand why this might be my favorite scene in Mel Gibson’s 2006 epic, Apacolypto.

Share This Post
Like it? Vote it up!
00
Previous ArticleNot Checking Enough BoxesNext ArticleDrivers threatened with $250 fine for sleeping in car
You May Also Like
If Trump Goes Down, He's Taking Everyone With Him
October 2, 2019
Nancy Pelosi Takes Shots at GOP for Cheney’s Removal from Leadership
May 12, 2021

Drivers threatened with $250 fine for sleeping in car