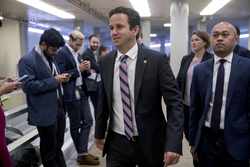 WASHINGTON — As a country, we have become Constitutionally lazy. And timid.

Note the capitalization of “Constitutionally.”

At various points in our history, we have been willing to reexamine flawed or out of date provisions in our founding document. Six constitutional amendments — guaranteeing the right to vote for African Americans, having voters rather than state legislatures elect our senators, abolishing the poll tax, giving the District of Columbia a say in the Electoral College, and extending the right to vote to women and younger Americans — made our republic more democratic.

The 26th Amendment, approved in 1971, to let 18-year-olds vote was the last to get through in a conventional way. The fluky 27th Amendment, ratified in 1992, had been sent to the states in 1789. It bars a sitting Congress from raising its own pay and was only approved after Gregory Watson, a sophomore at the University of Texas, discovered in the 1980s that it was still out there.

That our last amendment was something close to an accident underscores how unwilling we are to confront the need for systematic change. That’s why I cheered this week when Sen. Brian Schatz, D-Hawaii, joined a group of colleagues to propose an amendment providing for the election of our president by popular vote, not the Electoral College. Sen. Jeff Merkley, D-Ore., offered a comparable proposal last month. So far, at least seven Democratic presidential candidates have endorsed the idea.

Schatz is under no illusions that his proposed amendment will even get out of Congress anytime soon. But “the basic principle that the person who gets the most votes should be president of the United States” is worth fighting for, he said in an interview. There’s value in staking out “clear, principled and popular positions” and pursuing them with “persistence and patience.”

The view that the Electoral College is outdated and a time bomb for our democracy was once widely held across party lines. As Geoffrey Skelley noted in FiveThirtyEight, a May 1968 Gallup poll found that 66 percent of Republicans and 64 percent of Democrats approved of switching to the popular vote. Now, the Electoral College offers Republicans a built-in advantage, giving the issue a partisan edge. That’s unfortunate, because faith in the fairness and representativeness of our system will continue to erode if we make it a habit of allowing popular-vote losers to ascend to the Oval Office.

Another sign that structural change is back on the public agenda: There are a variety of proposals to change the way Supreme Court justices are selected. This is a response to how partisan both the confirmation process and the court itself have become.

Pete Buttigieg, the South Bend, Indiana, mayor and presidential hopeful, has floated an intriguing way to push back against politicized jurisprudence. Membership on the court would be increased from nine to 15 members. Republican and Democratic presidents would name five each. Those ten would, in turn, select the remaining members from the appellate bench by unanimous vote.

At the least, his far-reaching restructuring might encourage openness to more modest reforms such as 18-year term limits on justices. When the Constitution was adopted, life expectancy stood at around 35. Now it’s 79. Lifetime appointment means something very different today than it did in 1787.

Garrett Epps, a law professor at the University of Baltimore, noted in an email that constitutional amendments usually “come in clusters and they tend to come at moments of national optimism and feeling of confidence.” (Too bad for us right now.) The three Civil War amendments — abolishing slavery, guaranteeing equal protection and the right to vote — are good examples, as are the Progressive Era amendments on women’s suffrage, allowing an income tax and directly electing senators.

Epps argues that Electoral College reform is what’s most urgently needed. He points to the fact we have altered “the system of presidential election and succession no fewer than four times” (through the 12th, 20th, 22nd and 25th Amendments), a reflection of our ongoing difficulties in getting it right.

The best way to honor our past is not to freeze its practices in place but to remember that our forebears were willing to undertake reform when reforms were required.

“When Americans have confronted major political, economic and social crises throughout our history, we have debated — and adopted — constitutional changes to address them,” said Ganesh Sitaraman, a law professor at Vanderbilt University. “Many of the recent proposals for constitutional reforms are in line with this tradition.”

Yes, and we shouldn’t be afraid of them.

There are arguments over spending, and all manner of other issues. But the 70-year-old alliance has seen bad times before. Source link Veterans In Defense Of Liberty - Vidol

The Serial Golf Cheat in the White House

A new book pulls together Donald Trump's many rule violations on the golf course, and asks what they say about the man in the Oval Office. Source link Veterans In Defense Of Liberty - Vidol