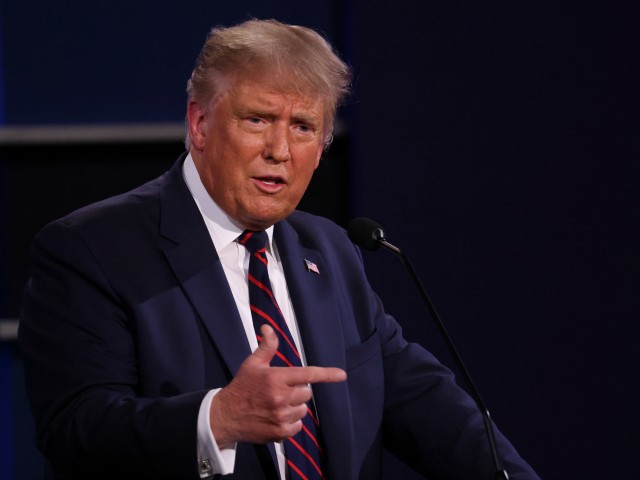 President Donald Trump on Tuesday called on Attorney General William Barr to “act fast” on the “major corruption” seen in the allegations of email correspondence showing Hunter Biden, son of 2020 Democratic presidential nominee Joe Biden, getting help from his father to obtain a relationship with Ukrainian energy company Burisma.

“We’ve not to get the attorney general to act. He’s got to act, and he’s got to act fast. He’s got to appoint somebody. This is major corruption, and this has to be known about before the election,” Trump told FNC’s “Fox & Friends.”

Trump was asked about House Intelligence Committee chairman Adam Schiff (D-CA) and others claiming the Hunter Biden story is a Russian disinformation campaign.

The president described Schiff as “a sick man.” He then said the California lawmaker needs to be investigated.

“It’s just crazy,” Trump replied. “I saw Schiff … yesterday get up, say this is Russia. I mean, he’s a sick man. He is so sick. We went through two and half years of that plus. And this guy, he ought to be put away, or he ought to be — you know, something should happen with him. I watched him look straight at the camera and say it. And he laughs at it. They laugh in the backrooms at it. And thank goodness we have John Ratcliffe that came out, the head of DNI, he said it’s absolutely false. There’s nothing, nothing to do with Russia, and it never did.”

“Adam Schiff ought to be investigated for what he does,” he added. “He stood up, he looked at the camera and he said the laptop conceived and dedicated by Russia. This is crazy.”

Share This Post
Like it? Vote it up!
60
Previous ArticleCritical Race Theory is toxic, Marxist-inspired evil.Next ArticleEveryone with a brain knows.
You May Also Like
CNN Editor Resigns After History of Antisemitism Resurfaces
July 26, 2019
A Mass Murder of, and for, the Internet
March 16, 2019
North Korea Launches Ballistic Missile in First Test Since September
November 28, 2017

Biden Is Normal–and That Sounds Really Good to Me
April 29, 2019

Everyone with a brain knows.

Everyone with a brain knows. View Reddit by ClassicSoulboy - View Source