Joe Biden: A devout liar, not a devout Catholic

Joe Biden: A devout liar, not a devout Catholic

I thought Cheryl Cooky – Purdue University professor of American studies and women's, gender and sexuality studies – set a new standard of mental illness and delusion when she claimed Will Thomas was a modern-day Jackie Robinson. Will Thomas is the mentally ill fake pretending to be a woman so he can sate his pathetic ego by winning swimming events he wasn't good enough to even qualify for competing against other men.

But, Nancy Pelosi's comment extolling Biden makes both Cooky and the Thomas guy seem normal even if those two are certifiably nuts, as in crazy.

At her St. Patrick's Day luncheon, Pelosi showered Biden with praise as a "devout Catholic" and for his "deep Catholic faith." Obviously Pelosi was praising Biden as a "devout Catholic" based upon her personal lack of knowledge and refusal to adhere to her supposedly Catholic faith. It's clear that Pelosi knows less about Catholicism than she does about telling the truth, and she's a born pathological liar and calumniator.

I'm not a Catholic, but I have many Catholic friends and acquaintances in both laity and the priesthood. That said, sin is sin whether you are a Catholic or a Protestant.

Joe Biden is a vile, morally bankrupt unrepentant liar who needs sticky notes to find his way to the toilet. That said, regardless of what Pelosi tries to spin, lying is a sin, and the Bible says God hates a liar and that unrepentant liars will not be in heaven.

Once upon a time Biden was against vaccine mandates. As president-elect in December 2020, he was asked, "Do you want vaccines to be mandatory?" His answer at the time seemed clear, "No I don't think it should be mandatory, I wouldn't demand it be mandatory." LIAR! Also, he has repeatedly lied about the death of his first wife. LIAR!

Sexual infidelity is a sin whether Pelosi's idea of Catholicism says so or not. She may be the princess of darkness, but that's not synonymous with being God.

Allegations abound that Biden stole his friend's wife. His drug-addicted, sex-obsessed son is reported by reputable sources to have been sexually involved with a minor family member. Even by the mobster code of ethics instilled in Pelosi by her Baltimore, M.D., mobster father, the aforementioned would have been unacceptable. But, the Biden family is more like something out of Macbeth.

Contrary to Pelosi's idea of Catholicism, devout Catholics do not subscribe to criminal tactics to enrich one's family. Biden is reported to have enriched his immediate family through criminal enterprise in the hundreds of millions of dollars. He has used his lifelong political career not to help the America people, but to blackmail, steal and engage in moneymaking rackets created by politicians to enhance their fortunes.

The Bible tells us to "be not drunk with wine." Here again Biden fails the test for devoutness and faith. It's no secret that Biden has always been a drunken, womanizing blowhard. The accounts abound even today of Biden's drunken binges in Scranton, Pennsylvania, which ended with him passed out face down drunk at a bar table.

In the Scriptures, God condemns sacrificing to Moloch, but Biden and Pelosi have worked tirelessly to industrialize the extermination of approximately 65 million children.

Where is the "social justice" for the unborn and born children (thanks to infanticide) that Biden demands for illegal aliens?

According to Liberty Unyielding: A week and a half before the 2020 election , a Project Veritas whistleblower provided a digital copy of daughter Ashley Biden's diary to National File.

Entries in the diary include the author revealing she believes she was sexually molested as a child and shared "probably not appropriate" showers with her father, some that detail the author's struggle with drug abuse and her crumbling marriage with multiple affairs, along with entries showing the family's fears of a potential scandal due to her brother's new home, and those that show a deep resentment for her father due to his money, control and emotional manipulation. What part of devout Catholicism endorses this behavior, pedophile priests notwithstanding?

The only thing devout about Biden is that he's a devout liar and an unmitigated fool. He is a blight upon the fabric of America.

If the Catholic Church had any moral fiber, it would excommunicate both Biden and Pelosi for actively promoting everything that God in Scripture condemns, including homosexuality and respect of persons based upon invented genders and melanin content. How will Catholic leadership reconcile allowing those like Biden and Pelosi to knowingly lead people astray?

Biden and Pelosi are disgraces to the truly devout Catholics who take Jesus Christ and their faith serious. But the day of reckoning awaits them and all of those like them. They will have an eternity to burn in hell, which should ample time for them to consider the "devout" error of their satanic ways.

The post Joe Biden: A devout liar, not a devout Catholic appeared first on WND. 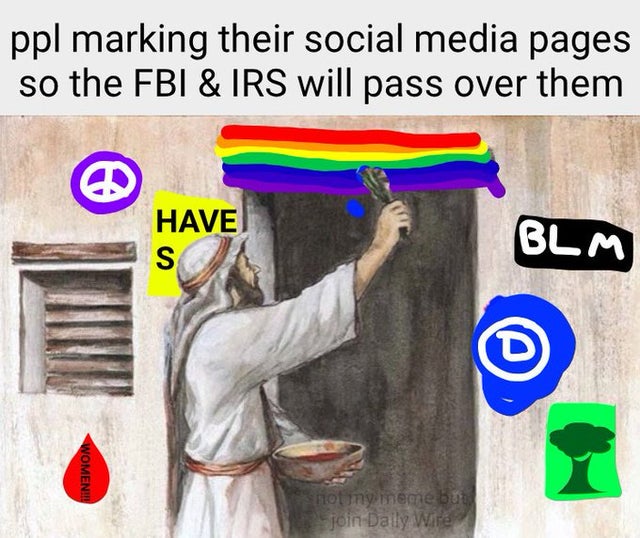 Dr. Birx Says US Must Prepare for Summer COVID Virus Surge Just Prior to 2022 Election

‘You Want To Pack The Supreme Court’: Debate Over Gun Rights For 18-Year-Olds Devolves Into Shouting Match

Op-Ed: Sussmann's Judge Took a Rule That Wouldn't Free a Drunk Driver and Used It to Help Him Get Off the Hook

Fox News Speaks Out About The Possibility Of Hiring Rep. Matt Gaetz

Op-Ed: Georgia Officials May Be Preparing to Indict Trump, But There's One Glaring Issue

Surgery Patients Panic When Searing Pain Begins, Find Out They Were Given the Wrong IV EXCLUSIVE Call with Jake Lang: Jan. 6 Protester and Vietnam Veteran Lonnie Coffman Sentenced to 46 Months in Federal Prison for Driving a Truck with a Gun In It — MEDIA LIES DEBUNKED