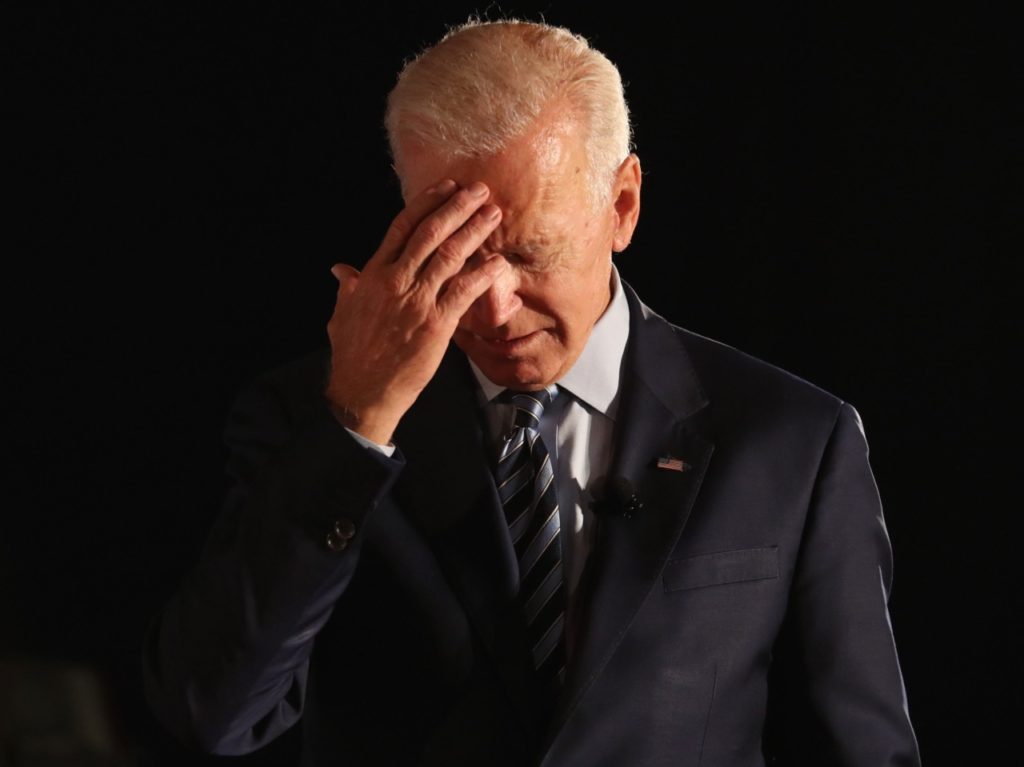 Former Vice President Joe Biden (D) made another gaffe Saturday, telling reporters in Iowa that Parkland students visited him – while he was vice president – in the aftermath of the school shooting, even though the incident occurred in 2018– two years after he left office.

Biden brought up the ongoing conversation on gun violence in the U.S. Saturday and told a group of reporters in Iowa that students from Marjory Stoneman Douglas High School visited him while he was vice president, even though the shooting – which resulted in 17 fatalities and over a dozen injuries – happened on February 14, 2018, years after he left the White House.

Biden told reporters in Iowa on Saturday that “those kids in Parkland came up to see me when I was vice president.” But when they visited Capitol Hill to talk with members of Congress, lawmakers were “basically cowering, not wanting to see them. They did not want to face it on camera.”

The former vice president was making a point about the changing conversation around gun violence in this country, and how as more and more ordinary people are touched by mass shootings, they are more likely to call for action.

This is just the latest of Biden’s long line of embarrassing gaffes. While speaking to the Asian and Latino Coalition in Des Moines, Iowa, on Thursday, the former vice president said that “poor kids are just as bright and just as talented as white kids.” He quickly clarified his remarks, adding, “wealthy kids, black kids, Asian kids”:

Joe Biden: “Poor kids are just as bright and just as talented as white kids.” pic.twitter.com/YhDSMnoRce

“You had people like Margaret Tha… excuse me,” he added, before catching his verbal slip-up. “You had people like the former chairman and the leader of the party in Germany. You had Angela Merkel stand up and say how terrible it was. International leaders looked at us like, ‘what in God’s name is happening to the United States of America?’”

Also this week, Biden told a crowd at the Iowa State Fair that “we choose truth over facts.”

“Everybody knows who Donald Trump is. Even his supporters know who he is. We got to let him know who we are. We choose unity over division,” Biden said. “We choose science over fiction. We choose truth over facts.”

Biden also told a student at the Iowa State Fair that there are “at least three” genders:

My team just forwarded this video to me

Watch former Vice President Biden forcefully grab one of our young field staffers at yesterday’s Iowa State Fair after she asked him how many genders there are pic.twitter.com/1qmpJxJlzO

Last week, Biden – while speaking at a fundraiser in San Deigo, California – misspoke, referring to the shootings in El Paso and Dayton as “the tragic events in Houston … and also in Michigan.”

Biden’s near-constant gaffes have worried many prominent figures on the left.

Even before the gaffes were fully understood, several prominent individuals on the left began questioning not only Biden’s capabilities as a candidate, but also his competence to be commander in chief.

One of the most vocal was Adam Jentleson, a one-time deputy chief of staff to former Senate Minority Leader Harry Reid (D-NV). Shortly after the gaffes went viral on Thursday, Jentleson took to social media and called on Biden’s team to prove their candidate was up to the task of running for president.

“Biden and his team owe it to voters to put him run a real, rigorous public campaign schedule, like everyone else. If he can hack it, great. If not, better to know sooner rather than later,” he wrote. “Keeping him under wraps except for big events while trying to skate by is just sketchy.”

The sentiment was echoed by Ryan Grim, the Washington, D.C., bureau chief for The Intercept. Grim, himself, suggested Biden’s team would have to be “sociopathic” to try to install a candidate “not fully with it” in the Oval Office.

Trump mocked Biden on Friday, telling reporters that he is “not playing with a full deck.”

“This is not somebody you can have as your president,” Trump added. “Joe Biden can’t answer a simple question. Something’s gone wrong with him.”

Police in Navasota, Texas, reportedly arrested a previously deported illegal immigrant on charges connected to a shooting on a Houston freeway shooting that left two people dead. Immigration officials deported the Mexican national on at least three separate occasions. The Navasota Police Department and special agents from the Bureau of Alcohol,

The New York Sun's policy on gun control can be summed up this way  we are unwilling to support any new measures to tighten gun regulations anywhere in America until a carry permit is issued as a matter of right to Craig Whitney. The Craig WhitneRead Full Article » Source