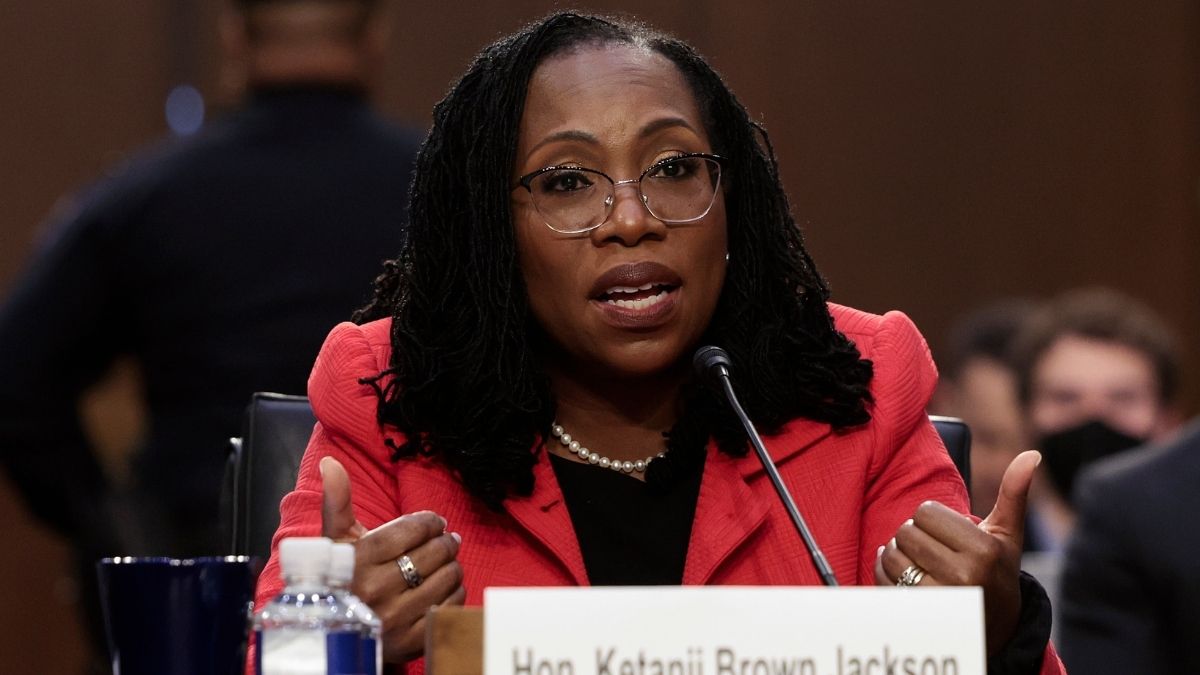 A group of GOP attorneys general led by Texas Republican Ken Paxton sent a letter on Monday to the leaders of the Senate Judiciary Committee to oppose the nomination of Supreme Court nominee Judge Ketanji Brown Jackson over her lenient sentencing against child pornography criminals.

“The undersigned attorneys general and I write to express our opposition to the nomination of Judge Ketanji Brown Jackson to the United States Supreme Court because of her unconscionable leniency toward criminals who possess, publish, and produce child pornography—or, more accurately, images of child rape,” the attorneys general wrote.

“Judge Jackson hasn’t merely erred on the more forgiving end of a spectrum of available punishments, as many judges sometimes do. Rather, during her decade-long tenure as a federal district court judge, she repeatedly cast victims aside, elevated criminal defendants above them, and sentenced the abusers well below the accepted federal guidelines. For example, in dozens of child pornography cases, she imposed sentences that were anywhere from 15 to nearly 70 percent less than what the prosecutor had requested,” the letter added.

Paxton and his fellow colleagues also criticized Jackson’s sentencing for not “cutting off” the supply of pornography.

The letter concluded by requesting the Senate “protect” Americans from Jackson as a “dangerous nominee.”

“Based on her record, Judge Jackson’s elevation to the Supreme Court would harm that institution, as well as children’s public safety nationwide. The United States Senate should do its job and protect the American people from this dangerous nominee,” they wrote.

In addition to the concerns of Paxton and other attorneys general, fellow Texan and Republican Sen. Ted Cruz said on Monday that Jackson will be the most liberal justice to ever serve on the Supreme Court if confirmed by the Senate. The Daily Wire previously reported:

Cruz shared the comment on Twitter on Monday alongside a link to an interview on Fox News’ “Life, Liberty & Levin.”

If confirmed, Ketanji Brown Jackson will be the most liberal Justice to ever serve on the Supreme Court. pic.twitter.com/okrsikqKeq