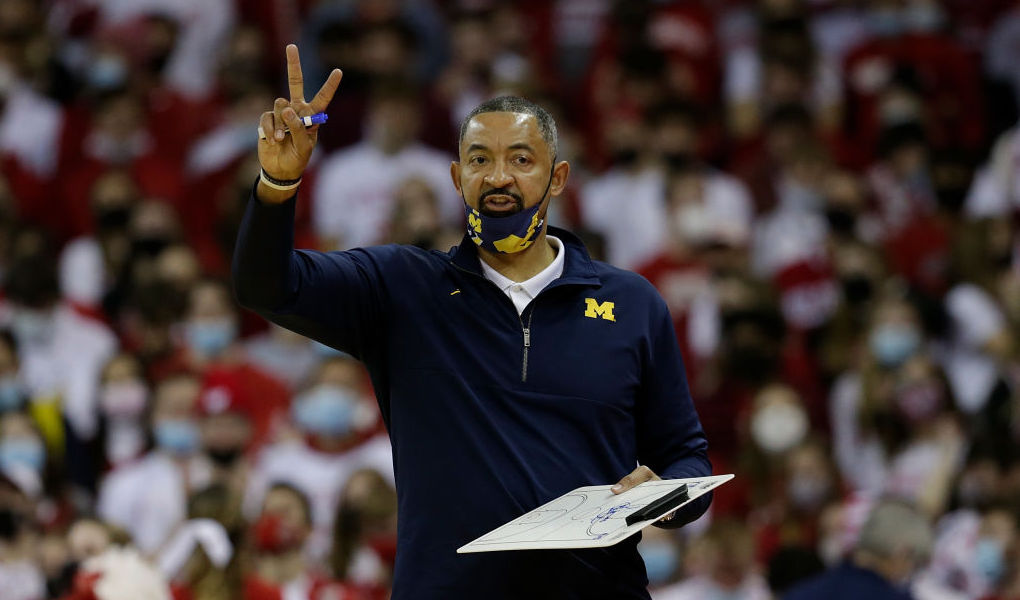 Michigan basketball is currently playing in the Big Ten Tournament, and head coach Juwan Howard is back on the sidelines.

Fresh off of a five-game suspension for striking Wisconsin assistant Joe Krabbenhoft in the face following the Wolverines’ 77-63 loss to the Badgers in February, Howard is once again coaching his Wolverines as Michigan attempts to lock up an NCAA tournament berth.

On Wednesday, Howard spoke at length about the incident in Madison, saying that he attended therapy is his time away from the team and taking “full ownership” of his actions.

“I could come with a thousand excuses, but I’m not,” Howard said according to MLive. “I take full ownership for my actions. I could talk about the timeout, we could discuss the pull on the arm, we can talk about the words exchanged with coaches. But all that would be excuses. The main thing is, that was not the right way how I should carry myself as the head coach at a fine institution like the University of Michigan.”

“I sought therapy. It wasn’t the first time and it won’t be the last time,” Howard continued. “I want to be a better person, a better coach. I got a chance to really evaluate what areas I can improve on. I enjoy being here and enjoy being the leader of this program. I enjoy being a good leader for our players and staff. I had a setback. In that moment, I was not (a good leader). I take full responsibility, and I’m sorry.”

Toward the end of February’s game in Madison, Wisconsin, head coach Greg Gard took a timeout with 0:15 seconds left in the second half and the Badgers up 76-61. The timeout clearly angered Howard, who attempted to walk by Gard in the handshake line. Gard appeared to grab Howard as he walked by, causing the two to exchange words. After players and coaches from both teams got in between the two head coaches, Howard took an open-handed swing at Krabbenhoft, starting a brawl between the two Big Ten squads.

Following the game against the Badgers, Howard was defiant, saying that Gard grabbing him in the handshake line escalated the situation.

“Basically, I addressed it with the head coach that I will remember that, because of that timeout,” Howard said postgame. “And for someone to touch me, I think that was very uncalled for, for him to touch me, as we were verbalizing and communicating with one another. So, that’s what ended up happening. That’s what escalated it.”

After the Big Ten’s announcement of Howard’s suspension, Howard apologized for losing his cool.

“After taking time to reflect on all that happened, I realize how unacceptable both my actions and words were, and how they affected so many. I am truly sorry,” Howard said in a statement.

“I am offering my sincerest apology to my players and their families, my staff, my family and the Michigan fans around the world,” the statement continued. “I would like to personally apologize to Wisconsin’s assistant coach Joe Krabbenhoft and his family, too.”

“Lastly, I speak a lot about being a Michigan man and representing the University of Michigan with class and pride, I did not do that, nor did I set the right example in the right way for my student-athletes,” he added. “I will learn from my mistake and this mistake will never happen again. No excuses!”

ESPN’s Joe Lunardi currently has Michigan in the tournament as one of the “last four byes.”