‘Shildty’s Been A Big Supporter Of The Black Community’: All Is Good Between Giants and Padres Coaches A Day After Accusations Of Racism 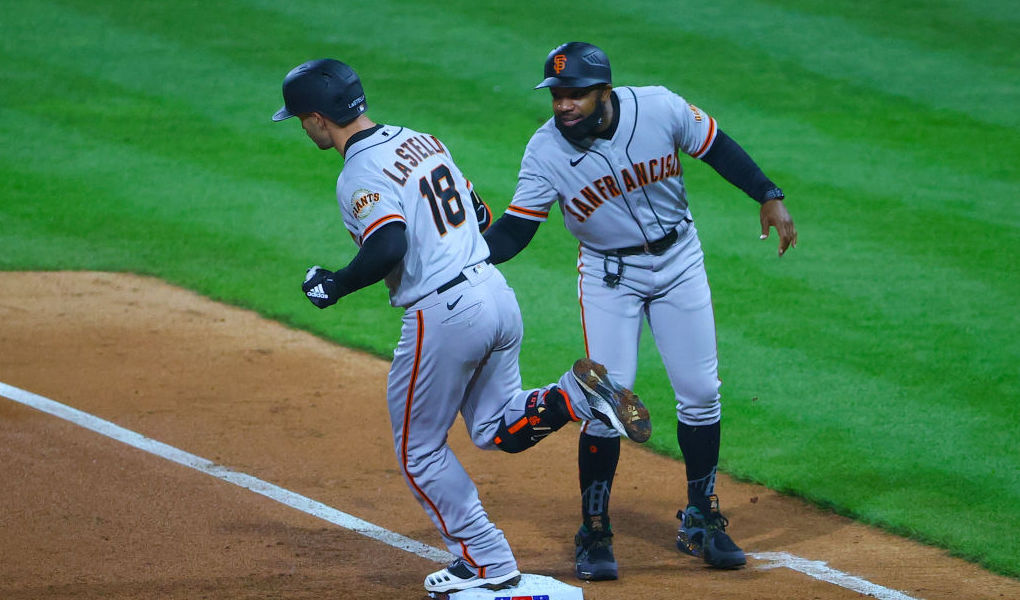 A day after accusing San Diego Padres third base coach Mike Shildt of using words that “reeked undertones of racism,” San Francisco Giants first base coach Antoan Richardson says all is good between the two.

“I just want to make it very clear that in no way do I believe that Shildty is a racist,” Richardson said in a joint media session alongside Shildt on Wednesday morning. “What I was trying to do is just bring awareness to how words impact certain communities even though they might not have ill intent. This was just helping us to be more aware of what those things mean.”

This morning, the two spoke and shared an embrace pic.twitter.com/F2c4g2HoPz

On Tuesday night at Oracle Park, Richardson — who is black — was ejected in the third inning after Shildt reportedly told Giants manager Gabe Kapler “you need to control that m*****f******,” referring to Richardson. The Giants’ first base coach walked up the dugout steps to confront Shildt, and was ejected.

“What happened was the third base coach from the San Diego Padres was looking into our dugout, and I said, ‘Can I help you, are you looking for somebody?’ And he says to me: ‘I didn’t say anything to you.’ I said ‘I know, I want to know if I can help you.’ At this time, he’s walking toward our dugout,” Richardson told reporters on Tuesday, according to KNBR. “He says, ‘Hey, I was looking for Alex Wood.’ At that point, Kap came over to kind of defuse the situation. I turned to Woody and I said, ‘Hey Woody, Shildt is looking for you.’ At that point in time, Shildt started to walk back toward third base. He yelled ‘You need to control that m*****f*****.’ At that point in time, I went to the top step and said, ‘excuse me.’ Because I couldn’t believe what I heard. At that point in time, the crew chief decided to toss me from the game.”

“I say this because his words were disproportionately unwarranted and reeked undertones of racism when he referred to me as ‘that m*****f*****,’ as if I was to be controlled or a piece of property or enslaved,” Richardson continued. “I think it’s just really important we understand what happened tonight. And the second part that’s equally disappointing is that me being tossed by that umpire empowers this coach to continue to have conversations like that with people like me. And that’s really unfortunate that’s that what happened tonight.”

“I appreciate him clearing that up for myself and my family, because it’s really important that that is clear,” Shildt said. “I don’t know Antoan’s heritage, I can’t walk in his shoes. I can only have empathy and love, which I do have and I’ve always had in my life. I used inappropriate language, which is my biggest issue last night, and I apologize for that. And I’m sensitive to Antoan’s rightful understanding of our experiences, of what he feels is oppression that takes place in this world, and unfortunately, there’s still an undercurrent to that. It’s real to people. But also, by no way, shape or form was that in the context of what we discussed and what was said last night.”

Richardson said that Shildt is a “big supporter of the black community” while telling reporters that some words are “very insensitive to others.”

“This is more something we both want to use as an opportunity to bring awareness — that sometimes words that are harmless are very insensitive to others,” Richardson said. “And it’s just really important that we are conscious of the things that we are saying. Once again, Shildty’s been a big supporter of the black community. I appreciate him taking ownership and understanding the impact of his words.”

The Giants beat the Padres 2-1 on Wednesday.