‘That Doesn’t Cut It’: Ben Sasse Tears Into Biden For Failing To Condemn Doxxing, ‘Harassment Of The Supreme Court’ 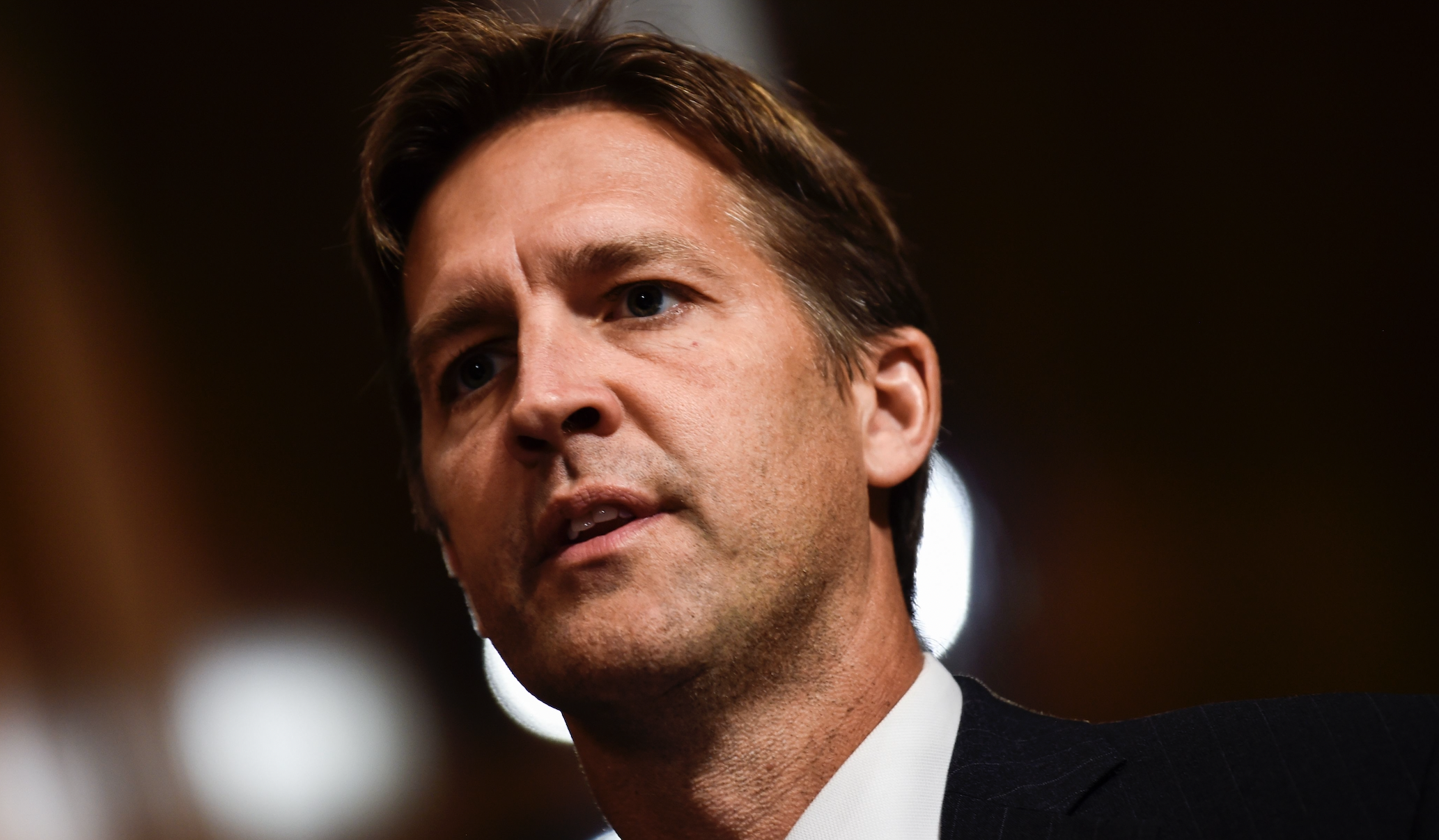 “President Biden has an obligation to forcefully condemn the left’s harassment of the Supreme Court,” Sasse said in a statement. “Progressive activists published the home addresses of Supreme Court Justices and the White House dismissed it as ‘a lot of passion.’ That doesn’t cut it.”

“Don’t pretend this is an isolated incident,” he warned. “Two years ago, Chuck Schumer stood on the Supreme Court steps and spat threats at Justices Gorsuch and Kavanaugh. For months progressive partisans have worked to delegitimize the Court, and now activists are doxxing the Justices’ homes.”

“This isn’t how adults act,” Sasse said. “This isn’t how American self-government works. President Biden knows this is dangerous and he ought to have the guts to say it.”

“Is that the sort of thing this president wants?” he asked.

“I think the president’s view is that there is a lot of passion,” she responded. The White House has not responded to further requests for comment from The Daily Wire.

Doocy: "These activists posted a map with the home addresses of the Supreme Court justices. Is that the sort of thing this President wants?"

Psaki: "I think the President's view is that there is a lot of passion."pic.twitter.com/Aey03wwvGI

The senator’s comments come amid calls from leftist organizations for abortion supporters to demonstrate at the homes of the conservative Supreme Court justices. One of these groups, Ruth Sent Us, is calling for protestors to “stand at or in a local Catholic Church” on Sunday, Mother’s Day.

Ruth Sent Us additionally announced “walk-by Wednesday,” urging protestors to come to “the homes of the six extremist justices, three in Virginia and three in Maryland” on May 11, and ShutDownDC is advertising a Saturday evening “Candlelight Vigil for Roe v. Wade,” calling for abortion supporters to “join us in a march to Justices Kavanaugh and Roberts’ homes to protest for reproductive freedom!!”

The protestors are reacting to a leaked draft opinion showing that the court is likely preparing to overturn Roe v. Wade. Protests also took place outside the United States Supreme Court in Washington, D.C., in Los Angeles (where protestors violently clashed with police) and in New York City.

In a Tuesday editorial, the Wall Street Journal Editorial Board expressed concerns that an “abortion fanatic” might “commit an act of violence” in an effort to subvert the court’s expected decision to overturn Roe v. Wade.

“One question is how fast the Court should now move to publish its decision in Dobbs v. Jackson Women’s Health Organization,” the board said. “There’s an argument for getting it out fast to make it a fait accompli.”

“Politico said the Alito draft was circulated in February, so the Justices have had ample time to absorb it and respond,” it continued. “We hate to say this, but some abortion fanatic could decide to commit an act of violence to stop a 5-4 ruling. It’s an awful thought, but we live in fanatical times.”