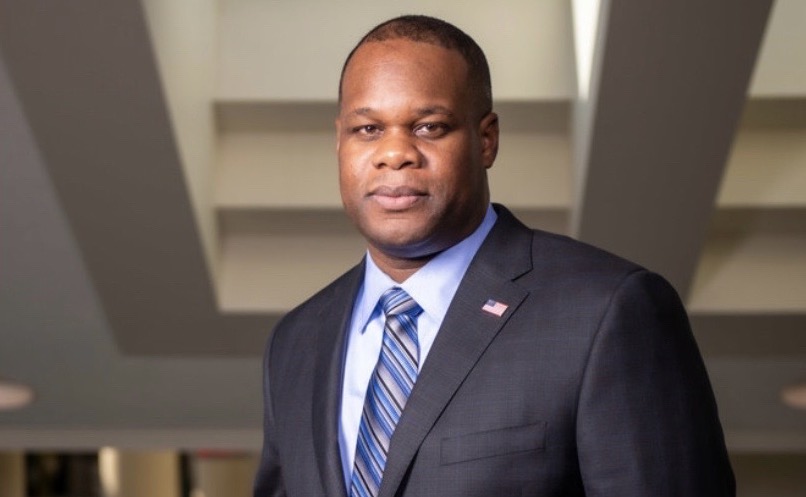 A former New York police chief and longtime Democrat says he is so disgusted with the contempt members of his party have for cops that he is running for Congress as a Republican.

Former Rochester Police Chief La’Ron Singletary, who is vying to represent the Empire State’s 25th Congressional District, told The Daily Wire he can no longer support the Democrat Party because of its anti-police rhetoric.

“We live in a country that allows us to change political parties if we no longer agree with the party’s beliefs,” he said. “When politicians put politics before people, it’s wrong.”

Singletary made national headlines two years ago when he stood up to now-ousted Democrat Rochester Mayor Lovely Warren, who was accused of mishandling the racially charged death of black man Daniel Prude and seemingly attempted to pin the blame on the police chief.

“As a man of integrity, I will not sit idly by while outside entities attempt to destroy my character,” he said at the time.

Singletary later sued Warren and the City of Rochester for defamation of character, creating a hostile work environment, and wrongful and retaliatory termination. The episode, Singletary said, left him determined to serve the public on his own terms.

“My desire, my commitment, and my passion to serve has not wavered,” Singletary said, reflecting on the saga.

The lawsuit was settled in February, with Singletary being awarded $75,000 and the restoration of his health benefits.

“For me, it was about the principle of the matter and clearing my name,” he said. “You only have one reputation and when it’s under attack, you must stand up and fight, especially when you are right.”

In the filing against Warren and the city, Singletary said that he “repeatedly refused to lie for Mayor Warren,” adding that “pressure to support Mayor Warren’s narrative also came from other city officials.”

Trouble has followed Warren in the wake of the Prude incident, with the former mayor pleading guilty to a campaign finance crime and having her home the target of a drug raid.

Singletary, a lifelong Rochester resident, declined to comment on Warren’s troubles other than to note advice he’s given to countless young officers.

“I always told police recruits that we all have varying degrees of intelligence, it’s judgment that will land us in precarious situations,” he said.

Now that he’s switched parties, Singletary mused that the events of the last two years may have simply driven him to where he always belonged. He recalled growing up in a Democrat-identifying household, but one whose values seem a poor match for today’s version of the party.

“While growing up in a democratic household, I’ve always held conservative values,” he told The Daily Wire. “I grew up in the church and my parents ingrained in me that if you work hard, you can accomplish anything.”

It was Singletary’s father who encouraged him to pursue his love of police work at a young age.

“My brother was the athlete, so my dad bought him all the sports equipment there was,” Singletary said. “I wanted to be a cop, so my dad bought me a police radio from Radio Shack.  I would ride my bike throughout city neighborhoods, scanner attached to my belt buckle, going from call-to-call. I would arrive on the call, watch the officers handle the situation from afar, and when they were done, walk up to them, introduce myself, and proceed to ask a ton of questions. It was the best thing in the world to me.”