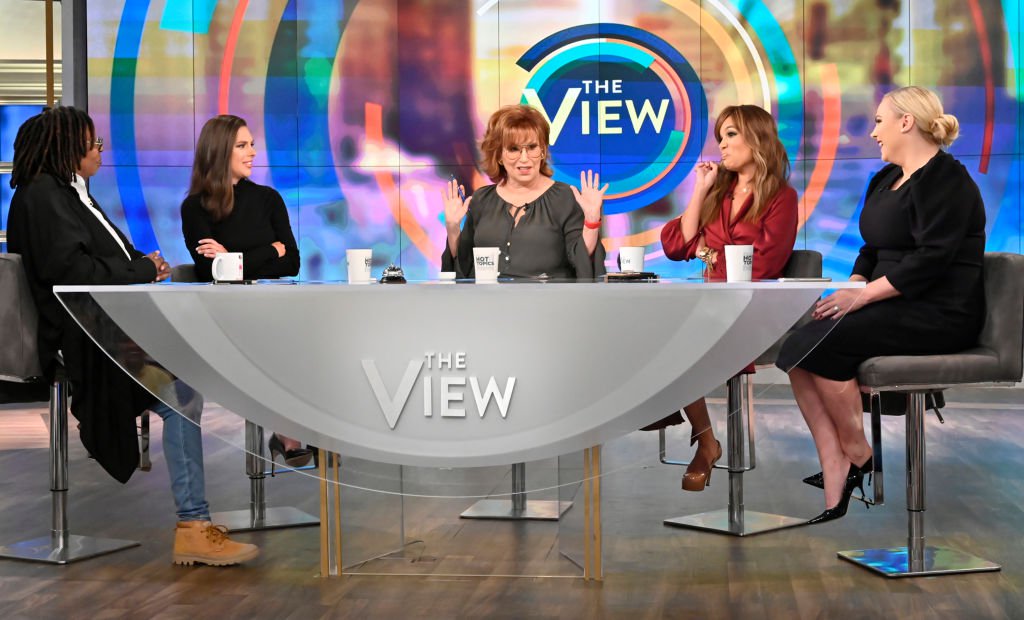 “The View” co-hosts called out Kim Kardashian as “elitist” and more over what she called her “best advice” for “women in business” when she said people need to “get your f***ing a** up and work.”

During a panel discussion Thursday on the ABC talk show, the co-hosts were discussing the Kardashian’s recent interview with Variety magazine when she said “get your f***ing a** up and work” and claimed that “nobody wants to work these days.”

“This caused people to lose their minds,” Whoopi Goldberg explained. “From people who say she had a big head start compared to most people, mm-hmm. Do you remember what that head start was? Think back. Think back if that’s what you mean to say.”

“Remember how she was dealt with as the joke, and everybody decided she was going to be nothing for years,” Goldberg replied.  “And then that blanket statement … that people don’t seem to want to work anymore isn’t true, but I leave it to y’all.”

Behar said it reminded her of the college admission scandal involving stars like “Full House” actress Lori Loughlin and actress “Felicity Huffman who paid a lot of money to get their kids into an Ivy League school.”

“Because they know that when you’re in an Ivy League school, you make contacts that will push you ahead faster and when you are a poor kid like I was, I had to go to a city school,” Joy shared. “I didn’t make any contacts there. I just met a husband. That was it. Not bad. In those days, getting an MRS was pretty good, but I’m making the point that a leg up is what you need in this world, and not everybody…my mother worked so hard all her life. She was a sewing machine operator. That was it for her until she died, you know, so who worked harder than that? Nobody that I knew.”

“It helps to be born rich also like she was,” Sunny Hostin replied. “I mean she had a wealthy father. She had a mother who was a business manager. She’s pretty. And I just think that people that are born on third base shouldn’t be talking. Because I like you grew up poor in the south Bronx in the projects and I had to work harder, and it took me, I think, I worked twice as hard to get half as far as a lot of people.”

“And it just came off as being very privileged,” she added. “It came off as being very elitist, and let’s remember, her mother got her a gig and the entire family in 2007 on ‘Keeping Up With The Kardashians.’ I think five years later, 2012, she’s been making $10 million a year from endorsements and from ‘Keeping Up With The Kardashians’ the royalties.”

The former spokesperson for former First Lady Melania Trump, Stephanie Grisham, said she disagreed with what the co-host said and explained she grew up with a single mom and she would watch “somebody like Kim Kardashian” and “be inspired.”

However, she admitted it was “hard to take” the reality star serious in her outfit she had on in the interview.

Behar wondered if Kardashian’s racy black leather cutout dress was from an S&M club, before Grisham noted the prison reform Kardashian had been involved in.

Joy admitted that was another aspect of the reality star’s story, but said it didn’t dismiss the fact that Kardashian sounded “tone-deaf” in the comment in the interview.