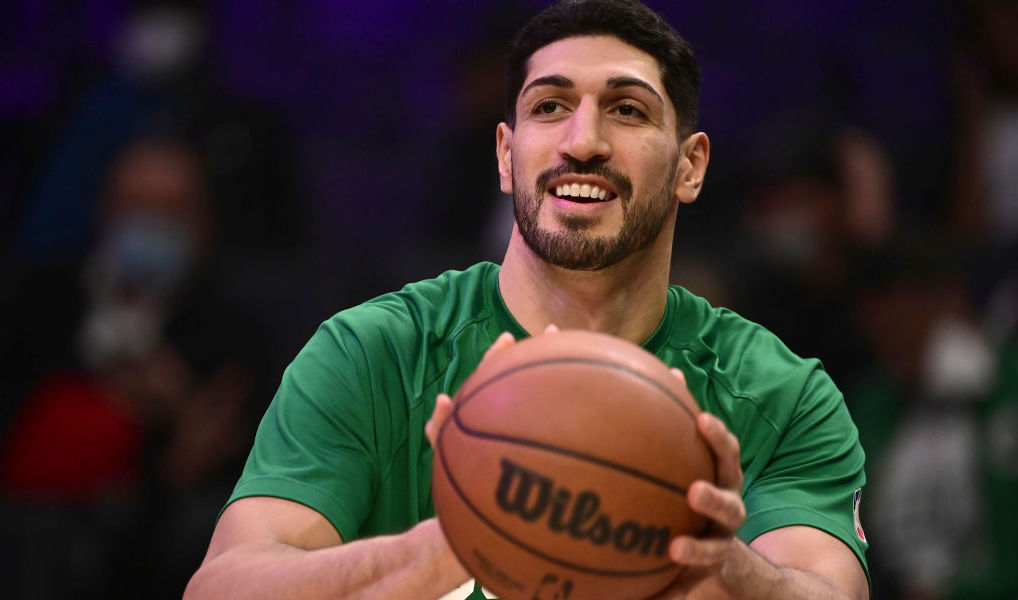 Over the past year, Enes Kanter Freedom has spent more time in the news for his public opposition to China, and to governments around the world that commit human rights abuses, than he has for his play on the basketball court.

Since the NBA trade deadline in February, Kanter Freedom has been without a team, traded from the Boston Celtics to the Houston Rockets and subsequently waived.

Kanter Freedom has hinted that his release has something to do with being outspoken on China, a notion with which Celtics President of Basketball Operations Brad Stevens disagrees. Stevens said the reason for the trade was to acquire center Daniel Theis, who is a better fit defensively.

“I really liked having Enes on our team – he’s a good basketball player. When we decided to trade Enes, it was 1,000% a basketball decision,” Stevens told the Boston Herald. “Obviously the opportunity to bring Theis back with our defensive identity, and his mobility and the ability to play the way we wanted to as an eighth or ninth guy just made too much sense for us.”

“Enes is a good guy, he has a good heart,” Stevens added.

On Sunday, Kanter Freedom jumped on Twitter to call the Celtics coaching staff “hypocrites” for wearing Ukrainian flag pins, claiming that Boston “begged” him to remove his custom shoes, which called out countries around the world for their human rights abuses.

How is it fair when I wore shoes to bring awareness about Human Rights violations around the world, @Celtics begged me to remove them and threatened to ban me, #Celtics now wear Ukrainian flag pins.

Who approved this @NBPA / @NBA?

Who chooses whose lives are more important? https://t.co/NT8daMNB4e

​​“Here’s exactly what happened,” Stevens told the Herald. “I was actually at home, and when he decided to wear the sneakers, there was some concern – and I didn’t even know until the end of the first quarter – that there was a potential uniform or dress code violation. I don’t know what was said – I can’t imagine that phrasing was said – but the question to me was what to do about Enes’ shoes. I said I think that he’s fine, and let me double check with the NBA to see if there’s any uniform violation. Double-checked, fine, and he wore those the rest of the game and he wore whatever he wanted the rest of the year. It’s interesting, because I feel really good that we truly sat here and supported him and his right to express himself and his freedom of speech, and I even told him the next day that you know I’ve always done that.”

“I talked to him the next day, and I said you know I’ve always supported your right to express yourself, to speak on whatever you speak on,” he continued. “Just let me know in advance, so I’m not checking on these things in the middle of the first quarter from my couch at home. We didn’t talk about anything after that, because we weren’t checking from that point forward. Wear whatever you want.”

In October 2021, Kanter Freedom began using his platform to advocate for human rights around the globe by calling on the Chinese government to “Free Tibet” and by criticizing the communist country’s “brutal rule.”

What followed was the Chinese streaming service Tencent blacking out all Celtics games on the platform, as well as removing replays of previous Celtics games. But the response from China didn’t deter Kanter Freedom, as he continued to post videos and messages to his social media accounts calling out the Chinese government for their record of human rights abuses.

Kanter Freedom has been particularly outspoken on the treatment of the Uyghur Muslims, calling on Chinese President Xi Jinping to “stop the genocide” of the Uyghur people.