‘Whatever This Is, We Don’t Want It’: Pete Buttigieg’s Husband Leads Kids’ Camp In Pledge ‘To The Rainbow’ 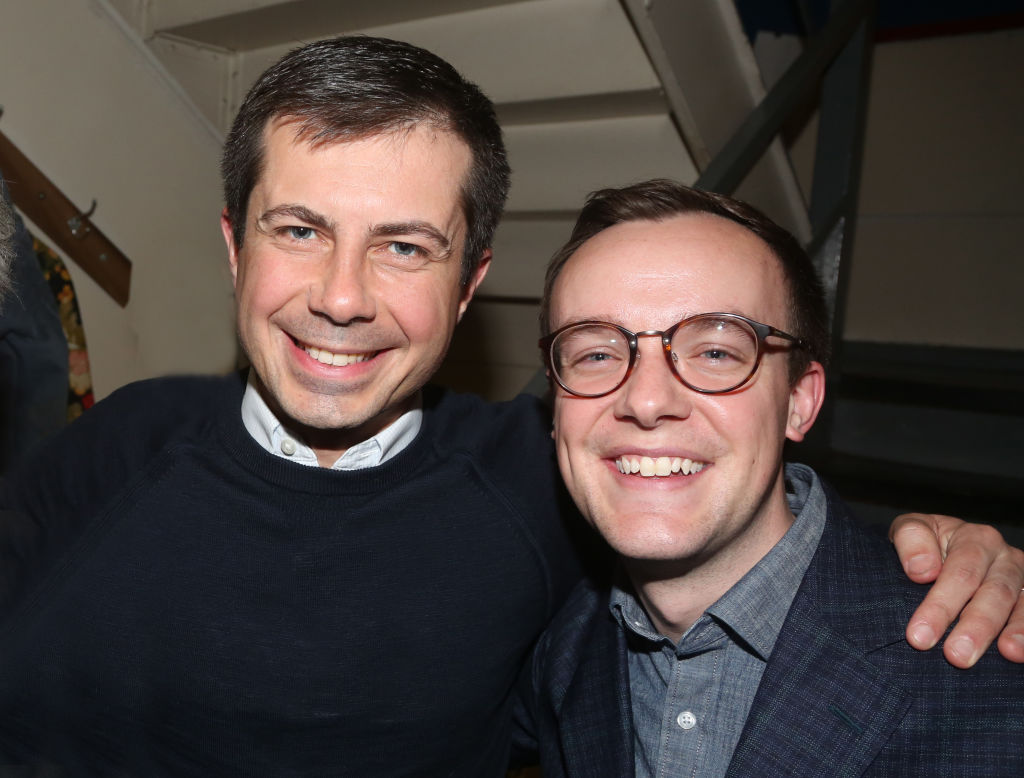 Video has emerged of Secretary of Transportation Pete Buttigieg’s husband, Chasten Buttigieg, speaking at a camp for kids while wearing a T-shirt emblazoned, “Not Your Typical Gay Camp,” as he led the children in a mock version of the Pledge of Allegiance in which they pledged their “heart to the rainbow.”

Buttigieg, who seemed to be on the 2020 campaign trail at the time, intoned as the children responded, “All right. I pledge my heart to the rainbow of the not so typical gay camp. … Full of pride. Indivisible. With affirmation and equal rights for all.“

He instructed the children, “Watch your head,” as he waved the LGBTQ flag.

Buttigieg also told an observer, “It’s sharing…Being out on the trail gives me the opportunity to do things like this. I mean this stuff just like puts the wind in my sails.”

The Log Cabin Republicans of Richmond, Virginia tweeted tersely, “Whatever this is, we don’t want it. Hands off, @Chasten.”

After a reaction from one person on social media saying, “I’m so sorry you hate yourselves so much,” the Log Cabin Republicans of Richmond replied, “We’re not the groomers here.”

We’re not the groomers here. https://t.co/Wp76nFFlN2

On March 2, in a moment that went viral, Florida GOP governor Ron DeSantis, visiting the University of South Florida to announce funds for education in cybersecurity, told the students behind him at the lectern that they could remove their masks if they wanted to. He said, “You do not have to wear those masks. I mean, please take them off. Honestly, it’s not doing anything and we’ve gotta stop with this COVID theater. So if you want to wear it, fine, but this is, this is ridiculous.”

Some of the students indeed removed their masks.

"You do not have to wear those masks. Please take them off. Honestly, it's not doing anything. We've gotta stop with this Covid theater. So if you wanna wear it, fine, but this is ridiculous." pic.twitter.com/FKjyeg9loQ

Chasten Buttigieg attacked DeSantis, tweeting, “He didn’t care about the kids, he cared about the picture of himself *with* the kids. But hey, what do you expect from the guy who’s best known right now for bullying kids?”

He didn’t care about the kids, he cared about the picture of himself *with* the kids.

But hey, what do you expect from the guy who’s best known right now for bullying kids? https://t.co/0TVCzaA32s

In January, Chasten Buttigieg slammed DeSantis and the Florida “Parental Rights In Education” law that has been deliberately and insidiously mis-nicknamed the “Don’t Say Gay” bill, a bill that, in truth, bars schools from discussing sexual orientation and gender identity in kindergarten through third grade classrooms and never mentions the word “gay” anywhere. He tweeted, “This will kill kids.”

This will kill kids, @RonDeSantisFL. You are purposefully making your state a harder place for LGBTQ kids to survive in. In a national survey (@TrevorProject), 42% of LGBTQ youth seriously considered attempting suicide last year. Now they can't talk to their teachers? https://t.co/VtfFLPlsn3

Asked by MSNBC’s Jonathan Capeheart what he meant by “This bill could kill kids,”  Buttigieg answered, “I know that’s really heavy language, but it’s true. I know myself what it feels like to have trauma started at a very young age when people tell you, ‘You don’t belong. Something about you is wrong.’ And if this bill passes, which we believe, sadly, that it will, it will tell young kids that something is wrong about you, so wrong and twisted that we can’t even talk about you in school. And sometimes that trauma builds to the worst thing.”