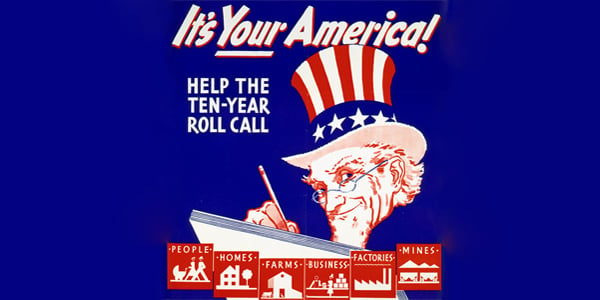 [Editor's note: This story originally was published by The Daily Signal.]

WND is now on Trump's Truth Social! Follow us @WNDNews

By Fred Lucas
The Daily Signal

As the Census Bureau faces questions about a botched population count in 2020, the White House expressed conditional support Tuesday for legislation that would loosen the agency’s accountability to taxpayers and elected lawmakers.

The Office of Management and Budget released a statement of President Joe Biden’s administration policy in support of HR 8326, a bill dubbed the Ensuring a Fair and Accurate Census Act.

The bill, approved Tuesday by the House Rules Committee, would grant the Census Bureau’s director the sole authority to make operational, statistical, or technical decisions about the census. The bill also says the director would be removable only for “inefficiency, neglect of duty, or malfeasance in office.”

The president nominates and the Senate confirms the Census Bureau director, who currently may be fired at will by the president as with any other political appointee.

“This legislation would safeguard the integrity of the Census Bureau and enhance the accuracy of census data,” the OMB statement says, adding:

The administration appreciates the Congress’ interest in improving the decennial census. Population data serves as the basis for political representation, determines how hundreds of billions of federal dollars are spent, and provides critical information to policymakers and business owners about their communities.

But Hans von Spakovsky, a senior legal fellow with The Heritage Foundation, warned that the measure would further insulate the Census Bureau from accountability if it becomes law. (The Daily Signal is Heritage’s multimedia news organization.)

“It is another step down the road of empowering a government bureaucracy that is not answerable to voters and is unsupervised by the elected leaders of the executive branch,” von Spakovsky told The Daily Signal. “It is a dangerous and reckless bill that expands the administrative state at the expense of democracy, accountability, and fairness.”

The provision that would empower the Census Bureau director to make statistical, operational, or technical decisions has been a longstanding goal of the left, which wants to conduct “statistical sampling” that doesn’t include a finite count, said Ken Blackwell, a former Ohio secretary of state who was co-chairman of the bipartisan U.S. Census Monitoring Board in 2000.

“When I was co-chairman of the board in 2000, we fought off the left’s efforts to use statistical analysis and instead insisted on counting real people and not statistics that were made up,” Blackwell, a Republican, told The Daily Signal.

“The statistical analysis is a sleight of hand to draw more favorable political districts for Democrats,” he said. “You would have to have the imagination of Walt Disney to think this is anything else.”

The Census Bureau’s Post-Enumeration Survey determined that the 2020 census undercounted six mostly conservative states and overcounted eight mostly liberal states. The errors potentially tilt both representation in the House of Representatives and the Electoral College in favor of Democrats.

The proposed changes could insulate the Census Bureau from accountability to the president required under current law. In the OMB’s statement, the Biden White House suggested it has concerns:

As HR 8326 proceeds through the legislative process, the administration looks forward to working with the Congress to ensure its provisions do not circumvent OMB’s role in formulating the president’s budget request and to avoid impinging on the president’s authority over executive branch agencies.

Rep. James Comer, R-Ky., the ranking Republican on the House Oversight and Reform Committee, says the increased power proposed for the Census Bureau director would undermine accountability for future problems.

“Democrats talk a big game about disinformation, but their so-called Ensuring a Fair and Accurate Census Act is a prime example of it,” Comer told The Daily Signal.

“The bill will do nothing to make the census more fair and accurate. Instead, it weakens accountability at the Census Bureau by placing massive power in the hands of unelected and unaccountable bureaucrats,” Comer said. “If Democrats are truly concerned about ensuring an accurate census, they would support adding a question on citizenship to guarantee a fair basis for the apportionment of congressional districts.”

The legislation also would establish a career deputy director to serve when the directorship is vacant. It would cap the number of Census Bureau political appointees at three, down from about two dozen now, and give civil service protections to more Census Bureau employees.

The House Oversight and Reform Committee approved the legislation in July, when Democrats sought to wrap the proposed changes around former President Donald Trump.

“After the Trump administration’s illegal efforts to weaponize the Census Bureau for political gain, it is clear we need stronger protections for this vital institution that impacts everything from congressional representation to the disbursement of public and private funding,” Maloney, the bill sponsor and Oversight Committee chairwoman, said in a public statement. “I’m proud that the committee took this important step to safeguard the integrity and independence of the Census Bureau.”

The legislative push to protect Census Bureau bureaucrats comes as the Post-Enumeration Survey found that the 2020 census undercounted the population of Arkansas by 5.04%; Tennessee by 4.78%; Mississippi by 4.11%; Florida by 3.48%; Illinois by 1.97%; and Texas by 1.92%.

Because of the overcounts and undercounts, Florida lost out on two additional seats it should have gotten in the House and two Electoral College votes, while Texas lost one House seat and an electoral vote. Meanwhile, Minnesota and Rhode Island each kept a House seat that likely would have been lost under an accurate count, while Colorado gained a House seat it shouldn’t have gotten.

If passed by Congress and signed into law by Biden, the measure likely wouldn’t pressure bureaucrats to improve, Heritage’s von Spakovsky told The Daily Signal.

“This is a terrible bill that takes away all accountability and oversight of the Census Bureau and hands power to unelected bureaucrats,” von Spakovsky said.

[Editor's note: This story originally was published by The Daily Signal.]

IMPORTANT NOTE: How is it possible that the greatest and freest nation in world history has so rapidly come under the control of serially lying, deranged, power-mad sociopaths – leaders with nothing but contempt for America, for its history, its Constitution, its Judeo-Christian culture and its people? Orwell’s “1984” points directly to the answer: The elites are changing America’s language itself, so that people’s words – and therefore, their very thoughts – inevitably come under the control of the ruling class. It’s a way of bending reality in real time, so that what is illusion appears to be true, while what is real and true appears to be lies, misinformation, “hate speech,” “conspiracy theories” and “extremism.” This extraordinarily powerful but little-understood weapon of war employed 24/7 by the Marxist left is completely explained, exposed and exploded in the August issue of WND’s acclaimed monthly Whistleblower agazine, “NEWSPEAK 2022: How tyrants and lunatics are enslaving Americans by redefining everything.”