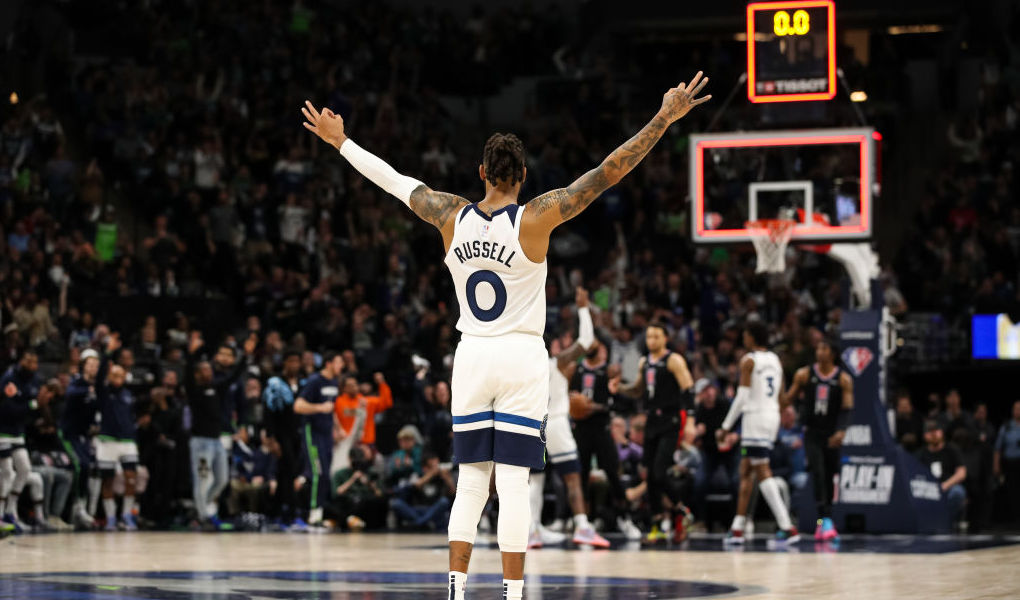 On Tuesday night in Minnesota, a protester reportedly attempted to glue herself to the floor of the Target Center — home of the Minnesota Timberwolves — during the NBA’s play-in game between the Los Angeles Clippers and the Timberwolves.

With 3:34 to go in the second quarter, the Timberwolves were shooting free throws, when play was stopped in order to remove a woman on the opposite end of the court.

A fan was escorted off after attempting to glue themselves to the floor during the Clippers-Timberwolves Play-in Game pic.twitter.com/RreK0kjPSG

“I was just told by security that she apparently had glue, and she glued herself to the floor,” TNT sideline reporter Allie LaForce said on the broadcast. “And she refused to lift her wrist up … She glued her wrist to the floor and they were trying to pull her off, and she was resisting, trying to keep her wrist glued down to the floor.”

According to reports, the woman was wearing a shirt that read “Glen Taylor Roasts Animals Alive.” Taylor is the owner of the Timberwolves.

Sarah Spain of ESPN later shared the group reportedly behind the protest — “Direct Action Everywhere” — which was protesting the killing of chickens at an Iowa egg farm owned by Taylor. The chickens were reportedly infected after a bird flu outbreak.

The Timberwolves went on to beat the Clippers 109-104, securing the seven-seed in the Western Conference and Minnesota’s first playoff appearance since 2018.

Minnesota was led by Anthony Edwards — 30 points on 5-11 shooting from three — and D’Angelo Russell, who added 29 points and six assists.

“I took what the game gave me. That’s what they gave me. They were scared to guard me, and I took advantage of that,” Edwards said.

Former Clipper Patrick Beverley, who had seven points and 11 rebounds on the night, was instrumental in getting the Timberwolves into the postseason.

“Take they a** home,” Beverley said of what he told his old teammates at the end. “Long flight to L.A. Take they a** home. It’s deeper than that for me. I gave my blood and sweat and tears to that organization. You guys know the story.”

“Blood, sweat and tears, to just be written off like that, ‘He’s injury-prone. He’s old.’ This, this, that, that,” Beverley continued. “To be able to come here and play them in a play-in and beat they a**, no other feeling, man. No other feeling.”

Minnesota will play the Memphis Grizzlies in the first round of the playoffs. The Clippers’ playoff hopes are still alive, as they’ll play the winner of the New Orleans Pelicans vs San Antonio Spurs game for the eighth and final playoff spot in the Western Conference.