Biden fails to get Americans held hostage in Venezuela released 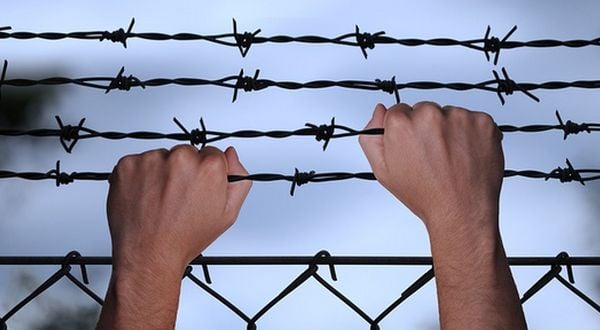 Special Presidential Envoy for Hostage Affairs Roger Carstens and Ambassador Jimmy Story traveled to Caracas to discuss the status of at least eight Americans held captive in inhumane conditions, Reuters reported. The hostages include five of six former executives who worked for the U.S. branch of Venezuela’s state-run oil company, PDVSA, and were arrested four years ago on corruption charges, according to CNN.

“The trip focused on discussions about the welfare and safety of wrongfully detained U.S. nationals in Venezuela and to press for their release,” a state department spokesperson told The Daily Caller News Foundation.

“Special Envoy for Hostage Affairs Roger Carstens “was able to visit with wrongfully detained Americans in Venezuela and assess their well-being, a critical step. He was also able to discuss with senior Maduro regime officials the importance of ensuring that they receive appropriate care where needed,” said the spokesperson.

Former marine Matthew Heath, detained on allegations of terrorism and espionage in 2020, reportedly attempted to commit suicide earlier in June and remains in critical condition, his family told Reuters. The family claims Heath was held for ransom in Columbia and transferred to Venezuela.

“We are frustrated with the pattern of ‘deciding not to decide’ at the White House, endless policy reviews, and empty platitudes about his case being a priority,” Heath’s aunt, Trudy Rutherford, told CNN.

A group of U.S. officials previously visited Venezuela in March to discuss sanctions and persuade the country’s dictatorial president, Nicolas Maduro, to engage with opposition leader Juan Guaido, who the U.S. recognizes as the legitimate leader. At the time, the delegation also obtained the release of two American hostages, according to The Associated Press.

.@StateDeptSpox on Venezuela: Our overriding goal is to support a peaceful democratic transition in Venezuela through free and fair presidential and parliamentary elections and to help the Venezuelan people rebuild their lives and their country. pic.twitter.com/Yuf4HrgBbD

The June delegation did not discuss sanctions levied against Venezuela’s oil sector in 2019, according to Reuters. Maduro and Guaido have not restarted discussions in Mexico as promised in March.

However, the U.S. lifted sanctions on the first lady, who it associated with corruption in PDVSA, according to AP. The Biden administration also renewed a license permitting U.S. oil companies to perform activities required for maintenance of facilities operated jointly with PDVSA, AP reported.

Venezuela is one of the top global oil producers, but sanctions in response to alleged corruption and oppression have prevented it from contributing significantly to the global market.

The Biden administration has come under fire for its differential treatment of states known for human rights abuses. President Joe Biden did not invite the Venezuelan leader to the Summit of the Americas earlier in June and has sanctioned oil producers like Venezuela and Iran heavily, but he plans to visit Saudi Arabia in July.

“What President Biden has done in each of these cases is to put human rights and democracy at the heart of our foreign policy, but it’s not the only thing that we look at. We have to bring everything together in a way that advances the interests of the United States,” Secretary of State Antony Blinken said in an interview with TelevisaUnivision when questioned about the Summit and Biden’s upcoming travels.

The post Biden fails to get Americans held hostage in Venezuela released appeared first on WND.