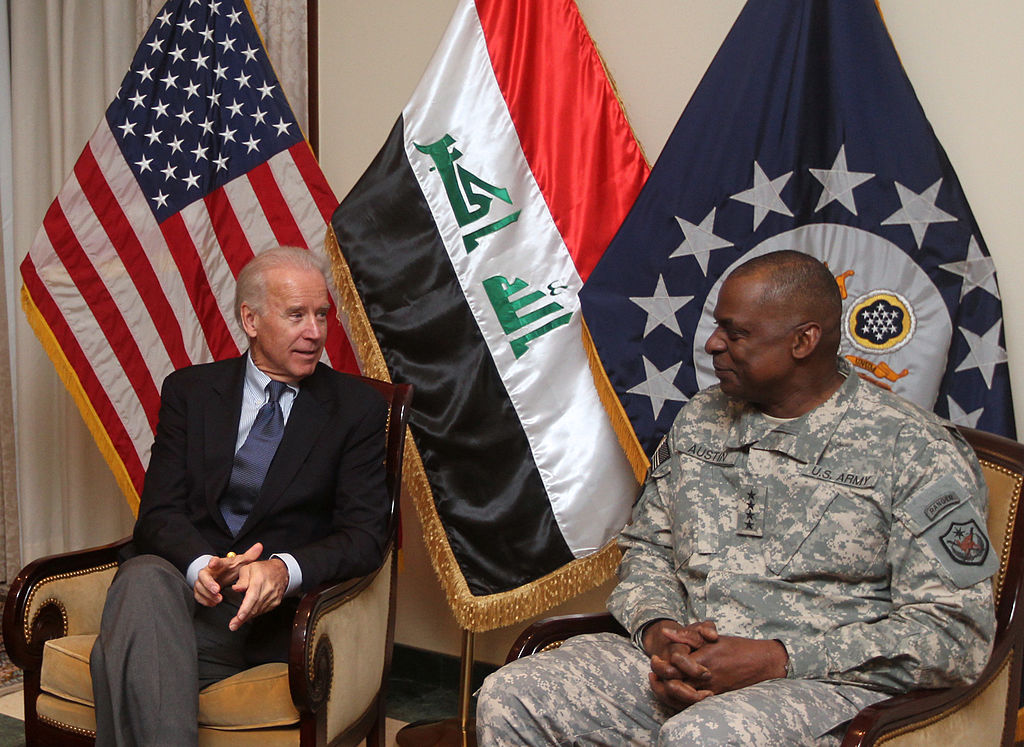 Just in: SecDef Lloyd Austin has OK'd request for 400 DC National Guard personnel to provide assistance to local authorities with trucker convoys aimed at shutting down Capital Beltway this week.

According to the National Guard Bureau, Austin approved requests for roughly 400 members of the D.C. National Guard and 300 members from outside of the District of Columbia; the Bureau said none of their members will carry firearms “or take part in law enforcement or domestic-surveillance activities,” ABC News reported, adding, “Officers from Washington’s Metropolitan Police Department will increase patrols on Feb. 22 through March 5, shortly after the State of the Union, according to an internal MPD message obtained by ABC News. The department will also have two rapid response teams ready.”

President Biden is scheduled to deliver his State of the Union address on March 1.

Three convoys have already announced their intentions to travel to the Washington D.C. area: Bob Bolus Towers & Truckers for America, The People’s Convoy, and The American Truckers Freedom Convoy.  The Bolus group was planning on leaving from Scranton, Pennsylvania on Wednesday.

These are people that have put their whole lives to buy a truck, drive a truck, live in a truck. When people are home sleeping nice and snug as a bug in a rug, these guys are pounding up and down the highway. They’re overregulated, the fuel charge operation expenses are out of mind, out of sight. And we’re asking this to be brought back where it was before Biden took office. We’re not blockading anything off. We’re peaceful, we’re going down the road, we’re not looking for a fight. We’re looking to be recognized, we’re looking to be heard, and we’re looking to be supported because it’s not just about us, it’s about every family in America.

He said of the convoy’s hoped-for numbers: “I hope 10,000, but it’s all up to who shows up and joins us on the way. We have food; we have beverages for our people that are going. We’re gonna just enjoy it; it’s our outing to let Washington know they work for us; we don’t work for them.”

The People’s Convoy is planning on leaving Wednesday from Adelanto, California. Their mission statements asserts, “Americans love our freedoms and love the Constitution of The United States of America. This convoy aims to bring back our freedoms, our civil liberties, and bring an end to all unconstitutional mandates.”

To our elected officials that believe they rule us:  YOU work for US.  Our constitution was written to provide enough power to act on a national level, but not enough to deprive the people of fundamental rights.  The people are prepared to see this challenge through — as we have seen through all challenges to our Freedom in the past.  And we will prevail and prosper.

To our brave and courageous neighbors to the North — our Canadian brothers and sisters who led the charge — we join your call to Freedom with THE PEOPLE’S CONVOY.

The American Truckers Freedom Convoy, which is funded by “The Great American Patriot Party” political action committee, wrote on the PAC’s website, “Freedom convoys are peaceful, non-violent, demonstrations by those who wish to express their constitutional rights.”