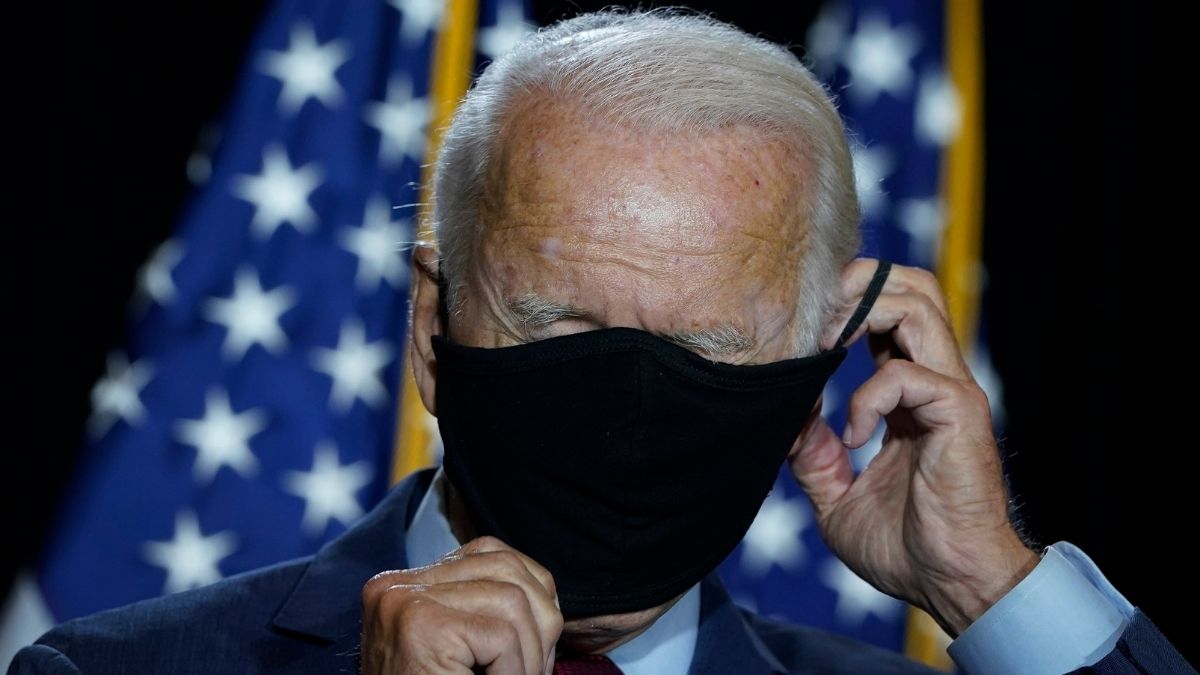 And he’s not just any old doctor, he served as a White House physician under former Presidents George W. Bush, Barack Obama and Donald Trump. That means he’s seen firsthand the rigors of the job and the toll it takes on the men who hold it.

“I was a White House physician to three U.S. Presidents, and I can tell you something isn’t right with Joe Biden’s cognitive state,” Mr. Jackson said in a recent Facebook post. And back in June 2021, the doctor referred to “a clear decline of Biden’s cognitive ability.”

Let’s square something first: Getting old is a b——. We’re all (hopefully) going to do it, and we’re all going to lose flexibility, mobility and eventually our mental acuity. It’s simply life. There’s no other option.

But we’re also not likely to be the most powerful person in the world at 79 years old.

I’ve covered Mr. Biden for decades and can say here he’s lost a step … or seven. Again, nothing wrong with that. He’s nearly 80! Still, signs of his loosening grip on reality, his inability to focus or speak coherently, and his often confused and befuddled countenance should be of concern to all — not Republicans, not Democrats, but every American.

While the media continues to ignore the many examples of Mr. Biden’s drooping cognitive ability, a look at just the last 10 days should spur some interest from every corner.

During a press conference, Mr. Biden was asked if he is considering a delay in doing away with Title 42, a Trump-era rule that allows the U.S. to deport illegal aliens at the border to stem the spread of COVID-19.

“No,” Biden said. “What I’m considering is continuing to hear from my — my —” he stammered, clearly losing his train of thought.

“First of all,” he began after retracking the train, “there’s ‘gonna’ be an appeal by the Justice Department. Because as a matter of principle, we want to be able to be in a position where if, in fact, it is strongly concluded by the scientists that we need Title 42 that we’d be able to do that. But there has been no decision on extending Title 42.”

Well, now, that’s just wrong. The Department of Justice isn’t appealing Title 42 (which is still in effect for now). It turns out Mr. Biden was talking about a possible appeal of a Florida judge’s decision to wipe away the mandate of masks on airplanes and public transport.

Then Mr. Biden sought to weigh in on Florida’s new “Parental Rights in Education” law, which Democrats abhor (those pesky parents want rights?!). He said this: “There’s nothing conservative about deciding you’re going to throw Disney out of its present posture because Mickey Mouse? In fact, do you think we should not be able to say, you know, ‘gay’? I mean, what’s going on here?”

Then during the White House Easter Egg Roll, attended by hundreds of children and their parents, reporters tried to ask Biden a question, with one offering a query about Afghanistan. Mr. Biden started to answer — “Pakistan should not and Afghanistan should be — people should be free” — but then the Easter Bunny stepped in to whisk him away from the harm he was no doubt about to do.

You read that right: the Easter Bunny. It turns out the White House might have prepared for such an intervention. White House press official Meghan Hays was in that bunny suit and on Mr. Biden’s elbow for much of the day, meaning she could run cover for the bumbling and mumbling president.

Those may seem to be minor examples, but consider what’s happened in the 15 months Mr. Biden’s been president: Crime and inflation have soared — with gas now topping $4.14 a gallon; the president oversaw a badly botched withdrawal from Afghanistan; the crisis at the U.S. border is getting worse and about to explode; Biden can’t get Capitol Hill lawmakers to agree on anything, resulting in gridlock.

Back in 2018, Dr. Jackson took to the White House podium to describe Mr. Trump’s cognitive state as “very sharp” and “very intact.” The president had aced a cognitive assessment meant to disprove claims from an endless stream of liberals that his mental health was rapidly eroding.

What’s good for the goose is good for the gander. If Mr. Trump underwent a cognitive test — and remember, he was just 71 at the time — why can’t Mr. Biden take the same test at age 79?

And more importantly, why isn’t the media demanding that? Wouldn’t we all, as Americans, sleep a little better if we knew our president wasn’t suffering from a deteriorating cognitive ability?

Do your job, media.

Joseph Curl covered the White House for a dozen years and ran the Drudge Report for four years. He can be reached at [email protected] and on Twitter at @JosephCurl. A version of this article ran previously in The Washington Times.