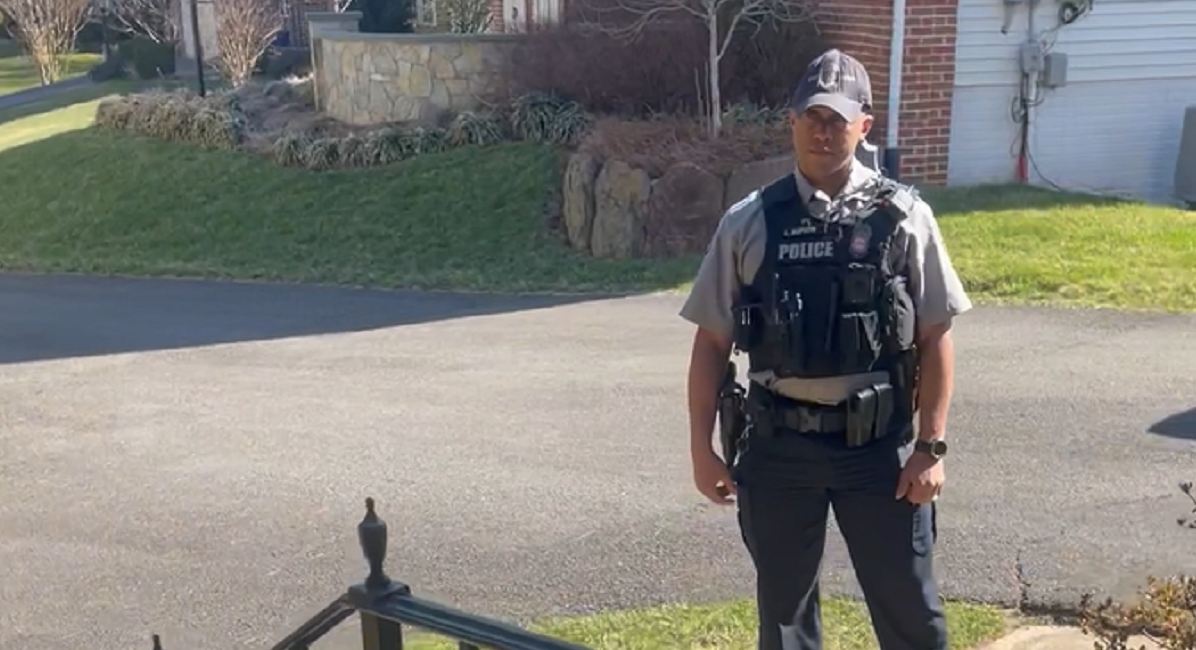 A black father of a child at an elite public school is facing four Class 3 Misdemeanor charges for accusing a leftist education activist of exhibiting “grooming” behavior.

The charges stem from a dispute over education policy between parent Harry Jackson — a former Naval intelligence officer whose child attends Thomas Jefferson High School for Science and Technology in Fairfax, Virginia — and Jorge Torrico, a member of the TJ Alumni Action Group, which was advocating for abolishing an entrance exam to the school at the time.

The tweet was written in November 2020, after Torrico attended an online TJ PTSA meeting — despite not having a child at the school — and interacted with the student government president, a high school senior. Torrico asked the student leader about outreach he was doing for a middle school leadership event. In the chat, Torrico wrote: “outreach is very key for equity.” The student president asked Torrico for his email.

The next day, Jackson, a high school football and lacrosse referee, wrote on Twitter, “It was very disturbing seeing you exhibit ‘grooming’ behavior. I do work with children and I get background checks, I suggest you do the same because last night was creepy.”

TJ Principal Ann Bonitatibus also expressed concerns about Torrico’s interaction with the student in a November 23, 2020, email: “the original question that was posed by the parent about selection for the leadership summit would have been best addressed to a middle school principal, not to our SGA students… An exchange such as what happened on the Zoom meeting, while all within the public eye, is proof positive why FCPS has clear guidelines for which platforms are used for adults to interact with students.”

Torrico did not immediately return a request for comment filed through the TJ Alumni Action Group.

The charges come even as Fairfax County prosecutor Steve Descano — a progressive who narrowly won his primary election with the help of funding from George Soros — has pledged not to prosecute minor crimes that “disproportionately hurt people of color,” and routinely declines to pursue crimes he deems minor.

Last month, Descano’s office let off a woman who allegedly violently abused an infant. On March 18, the office told the judge it would not pursue the woman because “there are no ACA’s [prosecutors] available for a four-day jury trial beginning on March 21, 2022.”

Descano did not immediately return a Daily Wire request for comment.

Fairfax’s all-Democrat school board ultimately abolished the entrance test in early 2021. Jackson and other parents, through a group called Coalition for TJ, filed a lawsuit alleging that the move was illegal and discriminated against Asians. Torrico and the TJ Alumni Action Group supported the school board.

On September 23, 2021, Torrico went before a Fairfax County magistrate and filed two criminal complaints against Jackson. He called attention to Jackson’s role in suing the school district, writing, “Harry R. Jackson is a plaintiff on two lawsuits against FCPS.”

Magistrate Richard M. Miller issued two misdemeanor summons against Jackson citing Section 18.2-417, an obscure law enacted in 1950 making it illegal to “slander and libel” the chastity of a woman. In the 1970s, the U.S. Supreme Court ruled against the criminalization of speech protected by the First Amendment, but the Virginia statute has remained in code. In 2020, the Democrat-controlled Virginia legislature changed the language to make it illegal to express “words derogatory” about a “person’s character for virtue and chastity,” instead of a “female’s character.”

The summons said Jackson’s words could break the law by being insults that “tend to violence and breach of the peace.”

In January 2022, two Fairfax County police officers served Jackson at his home. Jackson recorded a video of himself receiving the summons.

On February 23, an attorney for Jackson asked a Fairfax County Circuit Court judge to dismiss the case. But Assistant Commonwealth Attorney Paul Vitali sought a continuance and received a hearing date for April 22.

Two weeks after that, on March 14, 2022, Torrico filed two more criminal complaints, alleging that Jackson appeared on a local cable show and said Torrico had “exhibited grooming behavior,” and that nearly a year prior, he had tweeted “Poor attempt at character assassination from a person who stalks kids online.” A Fairfax County magistrate again issued two misdemeanor summons’ against Jackson.

The school board has said it will appeal the ruling that its abolishing of the TJ admissions test discriminates against Asians, and on March 31, a federal court agreed to let the new admissions system remain in place while the appeal is pending.

Jackson’s attorney Marina Medvin filed a motion to dismiss his cases on Friday, arguing that they are unconstitutional. According to court records in Fairfax County General District Court, a judge will hold a hearing on the motion on April 8, 2022.

If they are not dismissed, Jackson faces an April 22 court date.

Luke Rosiak is the author of the book Race To the Bottom: Uncovering the Secret Forces Destroying American Public Education.

The Daily Wire is building up its investigative reporting team to bring you the stories the legacy media refuse to cover. Support journalism that matters and join one of the fastest-growing conservative media companies in America by becoming a Daily Wire member today.