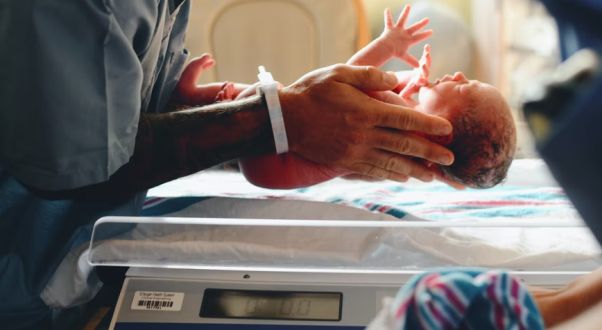 Democrats are trying to ram through a bill which would legalize abortion nationwide, including during the last three months of pregnancy when a child can survive outside the womb.

The “Women’s Health Protection Act” (WHPA), introduced by Democratic Connecticut Sen. Richard Blumenthal and cosponsored by 47 other Senate Democrats, would create a right to abortions before viability, which is generally defined at around six months. It would also effectively bar states from outlawing abortion even in the third trimester if a health care worker says the pregnancy is bad for the mother’s mental or physical health.

The bill would ban “prohibition[s] on abortion after fetal viability when, in the good-faith medical judgment of the treating health care provider, continuation of the pregnancy would pose a risk to the pregnant patient’s life or health.”

via @alizaslav: Senate Majority Leader Chuck Schumer just announced the Senate will vote next week on a version of the Women’s Health Protection Act.

The legislation has no real path forward in the current split 50-50 chamber.

The legislation does not distinguish between physical and psychological health, according to Blumenthal, and the bill urges courts to interpret its provisions “liberally.”

If the bill passes, it will strike down every state law and regulation limiting abortions in the first six months of pregnancy, including specific testing requirements and telehealth restrictions that apply to abortion but not comparable medical procedures.

“The strategy behind the WHPA seeks to hide, censor, and avoid the fact that abortion is designed to kill a human being,” Thomas Jipping, senior legal fellow at the Edwin Meese III Center for Legal and Judicial Studies wrote.

Blumenthal and Schumer did not respond to the Daily Caller News Foundation’s request for comment.