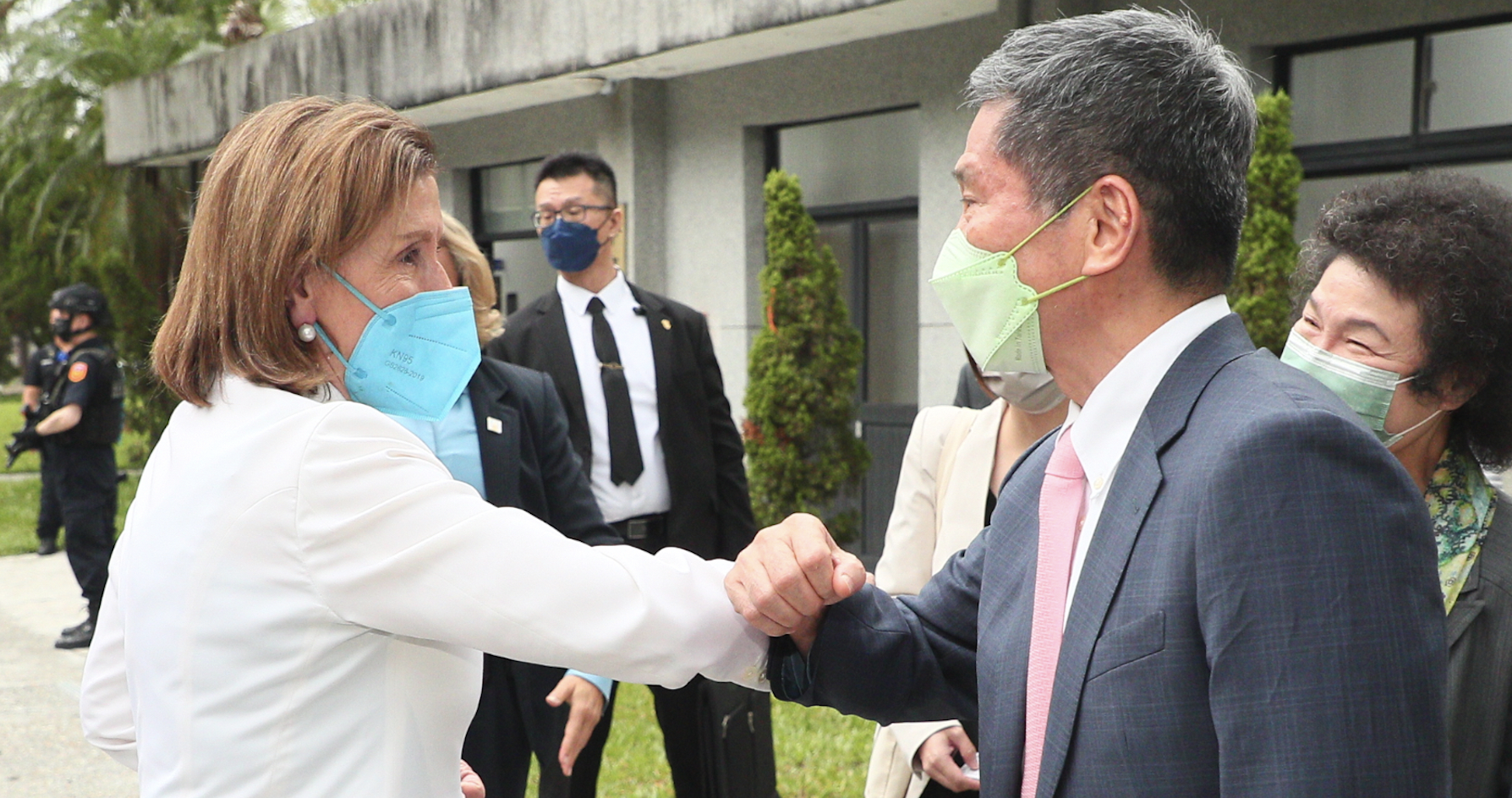 House Speaker Nancy Pelosi (D-CA) has arrived in South Korea after she visited Taiwan, leaving behind an island bracing for China to begin military drills.

Pelosi’s visit to offer U.S. assurances of support for the island’s democracy has roused the ire of China, prompting Beijing to schedule live-fire military drills this week. She is the first House speaker to visit Taiwan since Newt Gingrich’s 1997 trip. China considers Taiwan its own territory.

“Today the world faces a choice between democracy and autocracy,” Pelosi said during a meeting with Taiwan’s president, Tsai Ing-wen, according to the New York Times. “America’s determination to preserve democracy here in Taiwan and around the world remains ironclad.”

Pelosi, the highest ranking member of the United States government to visit Taiwan in the last 25 years, affronted China through the visit despite discouragement from President Joe Biden’s administration.

“And that’s one of the purposes of our trip: to show the world the success of the people of Taiwan.  Their courage, their courage to change their own country to become more democratic, to become more democratic.  Their respect for people and the rest, and quite frankly, a model in this region, in that respect – in those respects,” Pelosi continued.

Pelosi praised Taiwan for the island’s handling of the pandemic, met with human rights leaders, and called a trade deal between the U.S. and Taiwan, the Times reported.

China’s foreign ministry spokeswoman Hua Chunying said Wednesday that as a result of Pelosi’s visit, more punishments for both the U.S. and Taiwan would follow.

“As for the specific countermeasures, what I can tell you is that they’ll include everything that should be included,” Hua said, according to People’s Daily. a China state-affiliated media outlet. “The measures in question will be firm, vigorous and effective, and the U.S. side and Taiwan independence forces will continue feeling them.”

The Chinese Communist Party has repeatedly warned against the visit, and during a phone call last week, Chinese President Xi Jinping told Biden that the United States must not “play with fire.”

“Those who play with fire will perish by it. It is hoped that the U.S. will be clear-eyed about this,” the Chinese president said, Fox reported.

Chinese Foreign Ministry spokesman Zhao Lijian also warned in mid-July that any visit would “seriously undermine China’s sovereignty and territorial integrity,” adding, “If the U.S. side obstinately clings to this course, China will definitely take resolute and forceful measures to firmly defend its national sovereignty and territorial integrity. The United States must be fully responsible for all the consequences caused by this.”