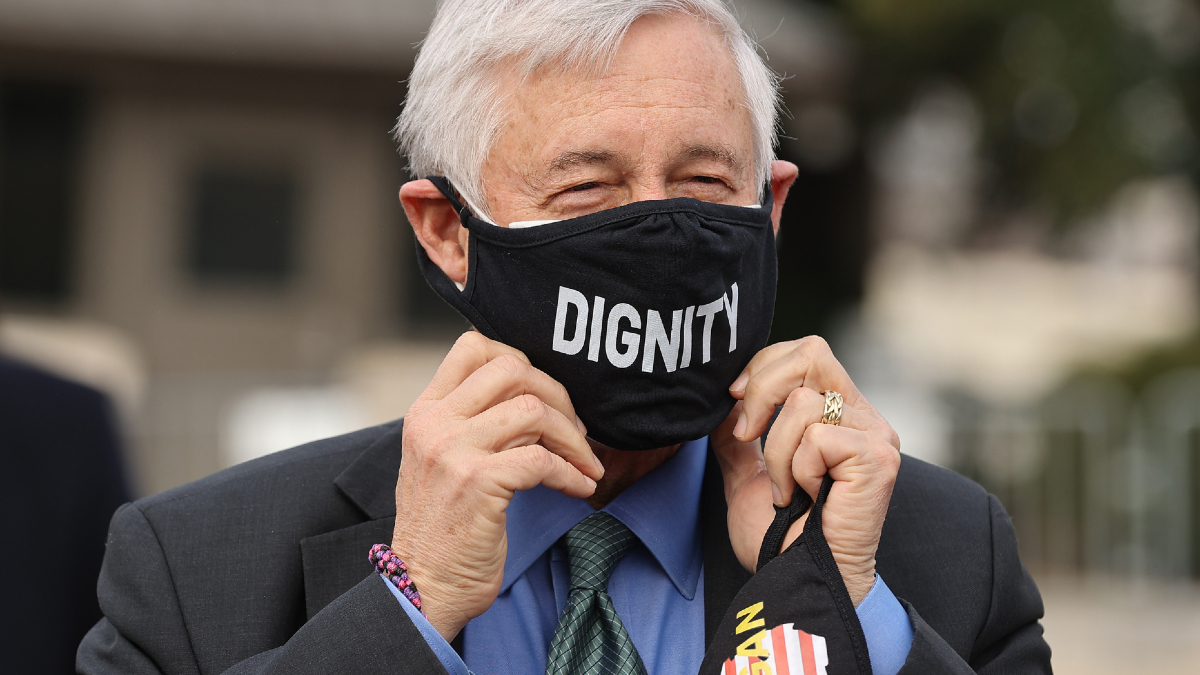 Congressman Fred Upton (R-MI) announced Tuesday morning that he will not be seeking re-election in the 2022 midterm election. Upton has represented Michigan’s sixth congressional district since 1987. He is now the fourth Republican member of the House who voted for former President Donald Trump’s impeachment to announce his decision to not seek re-election.

“As a former Boy Scout, I believe in leaving the campground better than one found it. I’ve worked with seven administrations, seven house speakers, none of them would call me a rubber stamp,” Upton said from the House floor on Tuesday. “If it’s good policy for Michigan, it’s good enough for all of us.”

“Even the best stories have a last chapter. This is it for me,” Upton added in an email to his supporters. “Thanks, again, to the people of my district who placed their faith and confidence in me all these great years.”

As noted by Fox News’ Chad Pergram, Upton is the “former chair of the Energy and Commerce Committee” and “was one of 10 GOPers who voted to impeach Trump during the [second] impeachment trial.”

Rep. Fred Upton (R-MI), just announced his retirement on the floor rather than run for re-election this fall. Former chair of the Energy and Commerce Committee. Was one of 10 GOPers who voted to impeach Trump during the 2nd impeachment trial

Due to redistricting in the Great Lake State, Upton would have had to face a primary challenge against Representative Bill Huizenga (R-MI) in the 2022 election. Huizenga has already been endorsed by Trump.

In early March, Trump released the following statement in support of Huizenga:

Congressman Bill Huizenga is doing a terrific job in Congress for the people of Michigan. He is a small business owner, real estate developer, and proud husband and father to five wonderful children. Bill is an accomplished lifelong resident of Southwest Michigan who values hard work, safety, and security. Whether he is helping farmers, manufacturers, small businesses, or protecting our Great Lakes, he always puts AMERICA FIRST. He has fought his entire life to Protect the Unborn, Lower Taxes, Grow Jobs, Secure our Border, and for Election Integrity. I am proud to be working with Bill to Make America Great Again. Bill Huizenga has my Complete and Total Endorsement for the newly drawn 4th Congressional District!”

Upton is one of 10 GOP elected officials to have voted for Trump’s impeachment. As previously noted, every single one of those individuals has been primaried or has resigned.

According to CNN’s Manu Raju, Upton told the reporter that he was “torn” over whether or not to seek re-election.

“As of last week, he hadn’t made a decision but would have been forced to challenge Rep. Huizenga,” Raju tweeted. “He told me last Thursday he was torn over the decision.”

Big House news: Veteran GOP Rep. Fred Upton is retiring. He was one of 10 who voted to impeach Trump over Jan. 6. As of last week, he hadn’t made a decision but would have been forced to challenge Rep. Huizenga. He told me last Thursday he was torn over the decision

Related: John Katko, One Of Ten House Republicans To Vote For Trump’s Impeachment, Retiring From Congress