GOP charges interference with its emails to supporters 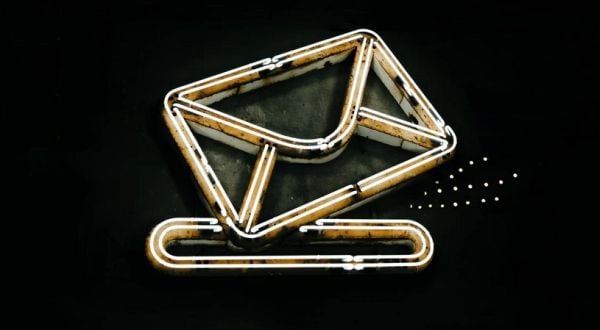 One factor was that the industry, along with legacy media outlets, suppressed accurate and very damaging reporting about the Biden family's international business schemes just before the election. They did report that leftists were falsely labeling the details "disinformation."

Then there was the $420 million Facebook's Mark Zuckerberg handed out to mostly leftist elections officials, who often used it to run get-out-the-vote efforts in Democrats strongholds.

Those hundreds of millions of dollars were spent outside the limits of any of the regulations that normally apply to political campaign spending.

Analysts have concluded either strategy alone could have changed the outcome.

These are emails that go to our most engaged, opt-in supporters without any increase in user complaints, changes to the content, email frequency or target audiences that could account for the suppression. (2/4)

Google has failed to explain why this is happening. It’s unacceptable. We have filed a complaint with the FEC over this practice of censoring Republican emails and it just keeps happening.

Republican National Committee chairwoman Ronna McDaniel explained that metrics show each month during the last critical days of fundraising, her emails sent through Google suddenly are not delivered to recipients.

"Every single month – for 7 months in a row – Google has systematically attacked the RNC's email fundraising during important donation days at the end of the month," she explained.

She continued, "These are emails that go to our most engaged, opt-in supporters without any increase in user complaints, changes to the content, email frequency or target audiences that could account for the suppression. Yet month after month – like clockwork – right ahead of a CRITICAL period when voters are most engaged, Google blocks our emails. They even block GOTV emails."

"Google has failed to explain why this is happening. It's unacceptable. We have filed a complaint with the FEC over this practice of censoring Republican emails and it just keeps happening."

A commentary at Conservative Patriots noted, "The prejudice of Big Tech against conservatives is widely acknowledged. However, Google is elevating its double standards and discrimination."

The report explained Silicon Valley is labeling the RNC emails as "spam," which allows Google filters to suppress them.

It said such "suppression" is "reprehensible."

The Washington Post pointed out that a study some weeks ago "found that Google’s Gmail service sent emails from conservative candidates to spam more often than their liberal counterparts."

"So when Google CEO Sundar Pichai flew to Washington to meet with top lawmakers last week, he came equipped with a response: a new proposal to minimize how often candidates’ emails hit Gmail’s spam filter and to allow the company to share more data on its practices with campaigns — without facing legal repercussions," the report said.

It reportedly wants to "shield" candidates' emails from some spam detection.

"Google spokesperson José Castañeda confirmed in a statement Monday that Google 'recently asked the FEC to authorize a pilot program that may help improve inboxing rates for political bulk senders and provide more transparency into email deliverability,'" the report said.

The post GOP charges interference with its emails to supporters appeared first on WND.