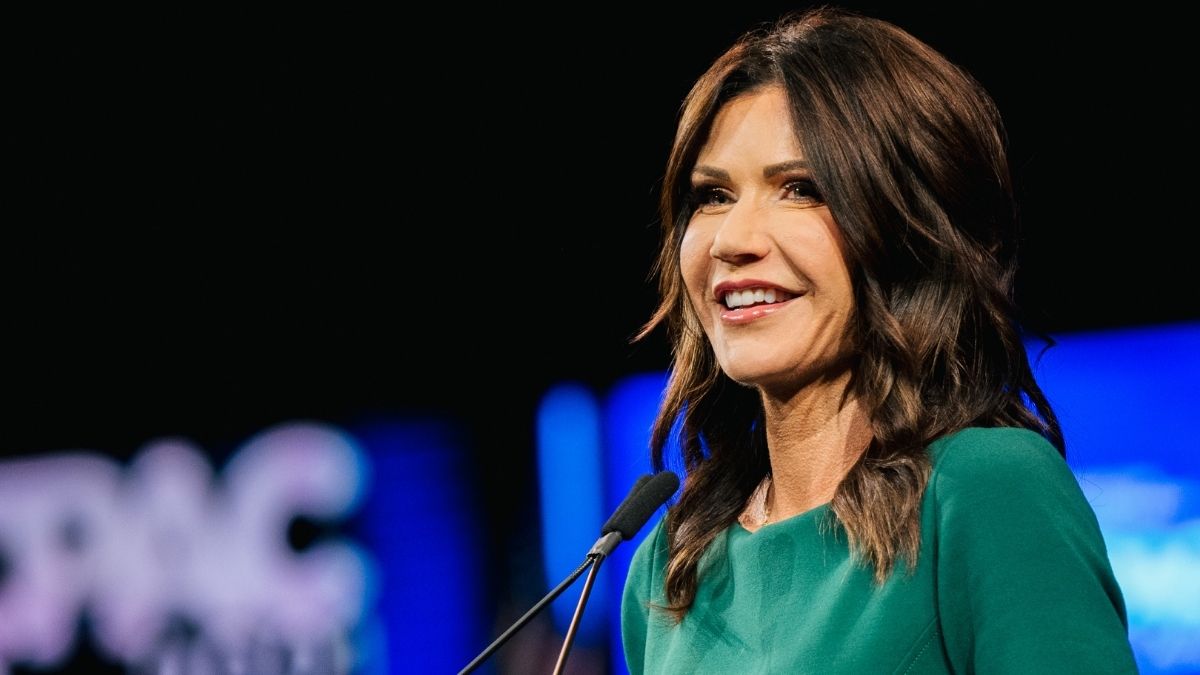 South Dakota Republican Gov. Kristi Noem announced on Monday that she plans to sign an executive order to ban the teaching of Critical Race Theory (CRT) in the state’s K-12 schools.

Noem addressed the topic during a town hall discussion with residents in Mobridge. The governor shared a video from the event on Tuesday on social media featuring her upcoming signing.

Critical Race Theory has no place in our South Dakota public education.

That’s why yesterday I announced I will be signing an executive order to ban the teachings in our K-12 schools. pic.twitter.com/nPYye6E4oT

“I brought two bills this legislative session that banned Critical Race Theory from being taught in our classrooms, in our K-12 schools and another one that banned it in our universities,” the governor said in the video.

In December, Noem released the text of draft legislation to block CRT as the basis of education for South Dakota students.

“Americans believe ‘all men are created equal,’ and we also believe the American dream is available to all regardless of race, color, or national origin,” Noem said in a statement at the time.

“Our schools should teach our children our nation’s true and honest history. They should teach about our successes in establishing a country that is a beacon of freedom to the world and our mistakes along the way. Our children should not, however, be taught the false and divisive message that they are responsible for the shortcomings of past generations and other members of our respective races,” she added.

Americans believe "all men are created equal," and we also believe the American dream is available to all regardless of race, color, or national origin.

That's why I'm introducing legislation to BLOCK Critical Race Theory as the basis of education in South Dakota schools. (1/3)

In May of last year, Noem also pushed the state’s Board of Regents to block CRT and other Biden administration education curricula from state universities. The Daily Wire previously reported:

Noem wrote a letter to the South Dakota Board of Regents Monday asking the board to ban universities from advancing or promoting critical race theory or The New York Times’ 1619 Project. The Republican governor’s request comes as the Biden administration is considering offering schools extra funding to adopt “antiracist” curricula.

“I’m asking the South Dakota Board of Regents to set policies that preserve honest, patriotic education in SD’s institutions of higher education,” Noem tweeted Tuesday explaining her letter. “Our kids and grandkids should understand the full picture of America’s history – our fundamental values; our greatest achievements; the struggles to overcome injustice. Our next generation must learn about our triumphs and mistakes, with those mistakes being examined in context.”

At least 15 other states have signed bans or executive orders to limit or prohibit CRT in public school classrooms as of March, according to ABC News. Mississippi became one of the most recent states, with Republican Gov. Tate Reeves signing SB 2113 into law on March 14.