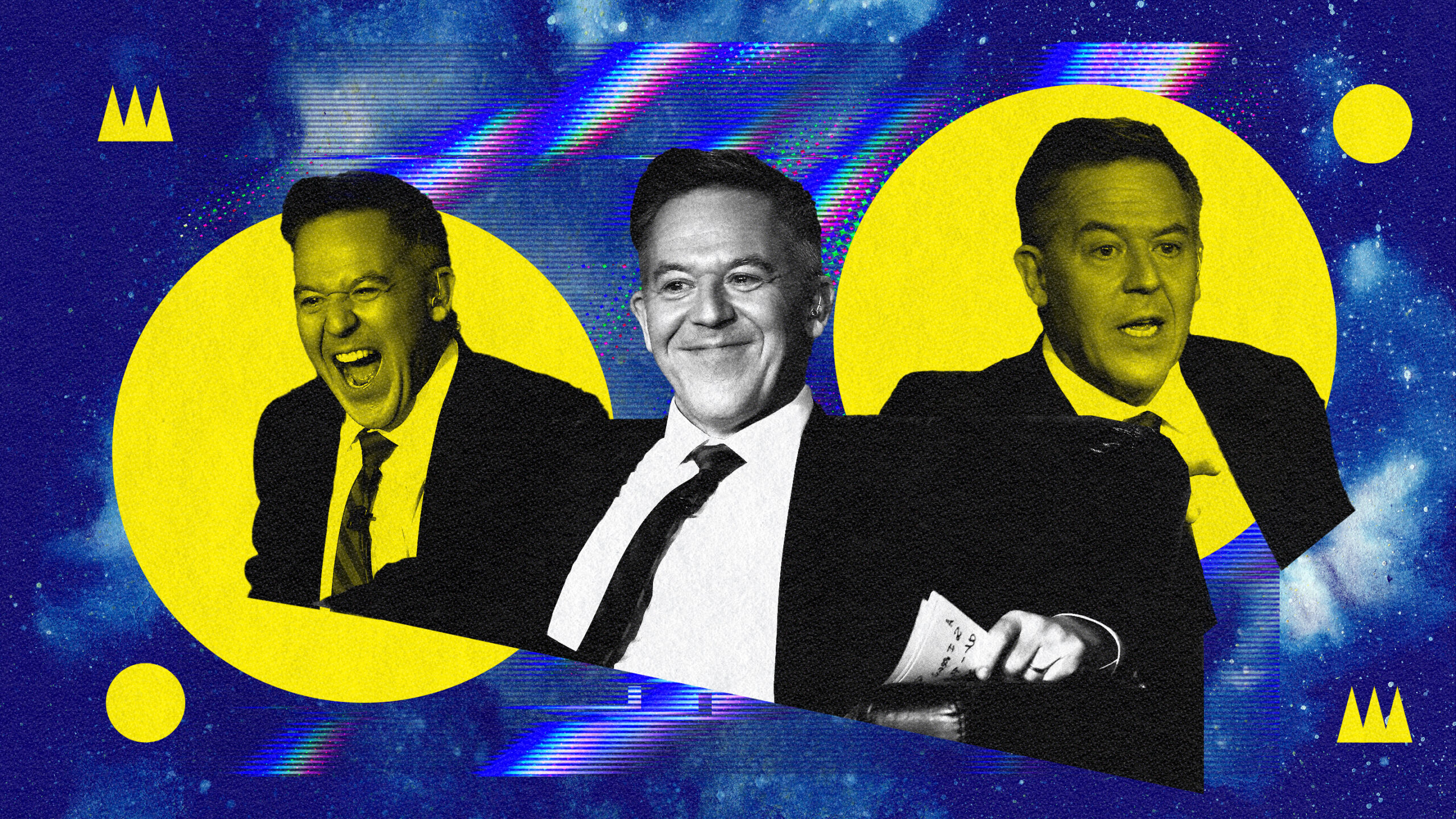 What late night comedian/talk-show host routinely brings in more total viewership than Jimmy Fallon, Jimmy Kimmel and Stephen Colbert? Who routinely attracts an average of over 2 million night after night, including the 25-54 demographic so highly coveted by advertisers? The answer is none other than Greg Gutfeld. Since the end of Letterman, Leno, Conan, and especially Carson, the late night setting has become far more political. Few have managed to navigate this arena so skillfully as Fox’s insightful class clown.

Like many in his position, Gutfeld is a 20-year overnight success. Over the course of his career in media, he has worked as a writer and editor for various publications including Prevention, Men’s Health, and Maxim. He was also a contributor to the Huffington Post, where he became, according to his website bio, “legendary for his ‘inspired, lunatic, ridicule of his leftwing fellow Huffers’.” His targets included Deepak Chopra, Cenk Uygur and Ariana Huffington.

It was his tongue-in-cheek ruminations on HuffPo that drew the attention of the Fox News Channel and earned him his first gig hosting his very late night panel talk show Red Eye. From 2007 to 2015 his growing flock of viewers (including yours truly when enduring bouts of insomnia) could tune in weeknights at 2am (later 3am) and 11pm on Saturdays to Gutfeld steering the conversation among an eclectic collection of comedians, media figures, pundits, and even a former CIA officer, while discussing the day’s events. During that time Gutfeld honed his craft and carved out a niche for himself as Fox’s comedic, yet sharply observant, personality.

In 2011, Gutfeld was an obvious choice to be a part of Fox’s new daytime panel show The Five, which gave him exposure to a broader group of viewers.

Having collected a loyal following of millions, Gutfeld was tapped as Fox’s perfect pointman for the competitive late night talk show space and to go head-to-head with its more established programs in the mainstream networks. Pulling double-duty once again, in 2015 he became host of The Greg Gutfeld Show which still airs at 11:00 pm. It took off and in 2018 Fox announced that The Greg Gutfeld Show had attracted over 2 million nightly viewers, effectively beating the mainstream networks in their own backyard.

Gutfeld’s show overtook so many established figures with years of exposure and support from networks that for decades dominated the late night talk show airwaves. Perhaps the success lies in the fact that Gutfeld and his sponsoring network Fox, simply identified a hole in the marketplace and filled it. It is no coincidence that his show steadily gained popularity during the Trump years. Indeed, the timing of his show’s launch was perfect.

Many of us fondly remember the days when talk show hosts such as Johnny Carson and his successor Jay Leno came into our living rooms every night with one goal in mind: to entertain as many people as possible through laughter. When politics did enter the fray, it was usually of the more elbow-to-the-ribs kind (think of Johnny Carson’s impersonation of Reagan, which was always light-hearted, where every sentence started off with: “Well…”). But with the ascendancy of Trump the late night comedy shows became attacks on the man that over 62 million voted for as President. Every night for years on end a viewer tuning into Colbert, Kimmel, and to a lesser extent Fallon, was subjected to non-stop Trump bashing. It was vicious, relentless, insulting, and worse, it most certainly was not funny; but funny was no longer a requisite for late night.

Colbert and Kimmel saw their late night platform not as a stage from which to entertain, but rather a podium to blast out their far-left politics and Trump derangement, while cloaking themselves in what many saw as obnoxiously self-righteous sanctimony along the way.

The alphabet networks had made a conscious decision to only go after the Trump-deranged, left-wing viewers, and thus had no problem insulting and alienating a huge swath of the population in order to grab and hold onto their narrow target audience. And as anyone who suffered through childishly acerbic monologues could attest, if you hated Donald Trump in particular, or the GOP in general, or even anyone who was slightly to the right of Che Guevara, you found all the reinforcing material you needed in the acid bath of antipathy that came spewing from your screen courtesy of hosts who we were told were supposed to be comics. And actually were at one time in their careers.

Greg Gutfeld and his brand of irreverent humor has provided a home for those who wish to tune in to late night TV to laugh again. And they want hosts who do not take themselves too seriously. To borrow a metaphor from Michael Lewis, Gutfeld’s offering was a firehose sprayed upon millions of thirsty urchins. Looking back on it, the need for this Yin to the alphabet networks’ yangs was so obvious that one would be surprised if Fox hadn’t made such a move. And who better than Greg Gutfeld — funny, flippant, both satirical and self-effacing — to be the right man for such an undertaking?

Like its rivals, The Greg Gutfeld Show is political in nature. And no doubt if you are pro-Trump you will feel at home there. But, unlike the others, it is also entertaining, and even, get this now, funny. Go figure, right? In a way, the show is even more entertaining because it makes no pretense at being pure comedy. Like Gutfeld himself, his show is a product of the right. A staunch libertarian, he goes after targets that are sacred political cows to other networks: chiefly Joe Biden, the Democrat Party, and the far-left.

By presenting a panel of pundits and personalities ala Red Eye off of whom he bounces ideas and jokes, one could argue that Gutfeld is not so much the right’s answer to Colbert et. al. but Bill Maher. However one wishes to categorize Greg Gutfeld’s unique late night offering, he has stepped in to pick the low-hanging fruit that the other networks, too blinded by ideology, either failed or refused to see. You cannot alienate so many in a market without someone else seeing the opportunity your disregard presents. And whether one loves or hates Fox, they have clearly done it again. Gutfeld is another arrow in the quiver of the conservative/libertarian response to the wokeness that Americans are tired of being forced to endure in that search for the elusive laugh or interesting conversation. In the process, one can truly say that there’s a new “King Of Late Night” on the throne.

And as Gutfeld might observe in his aim to keep things light and irreverent while making a larger point, where better to do one’s most profound thinking and deepest ruminations than while sitting on the throne?

Brad Schaeffer is a commodities trader, musician, and bestselling author. His eclectic articles have appeared in the Wall Street Journal, NY Daily News, Daily Wire, National Review, The Federalist, and others.