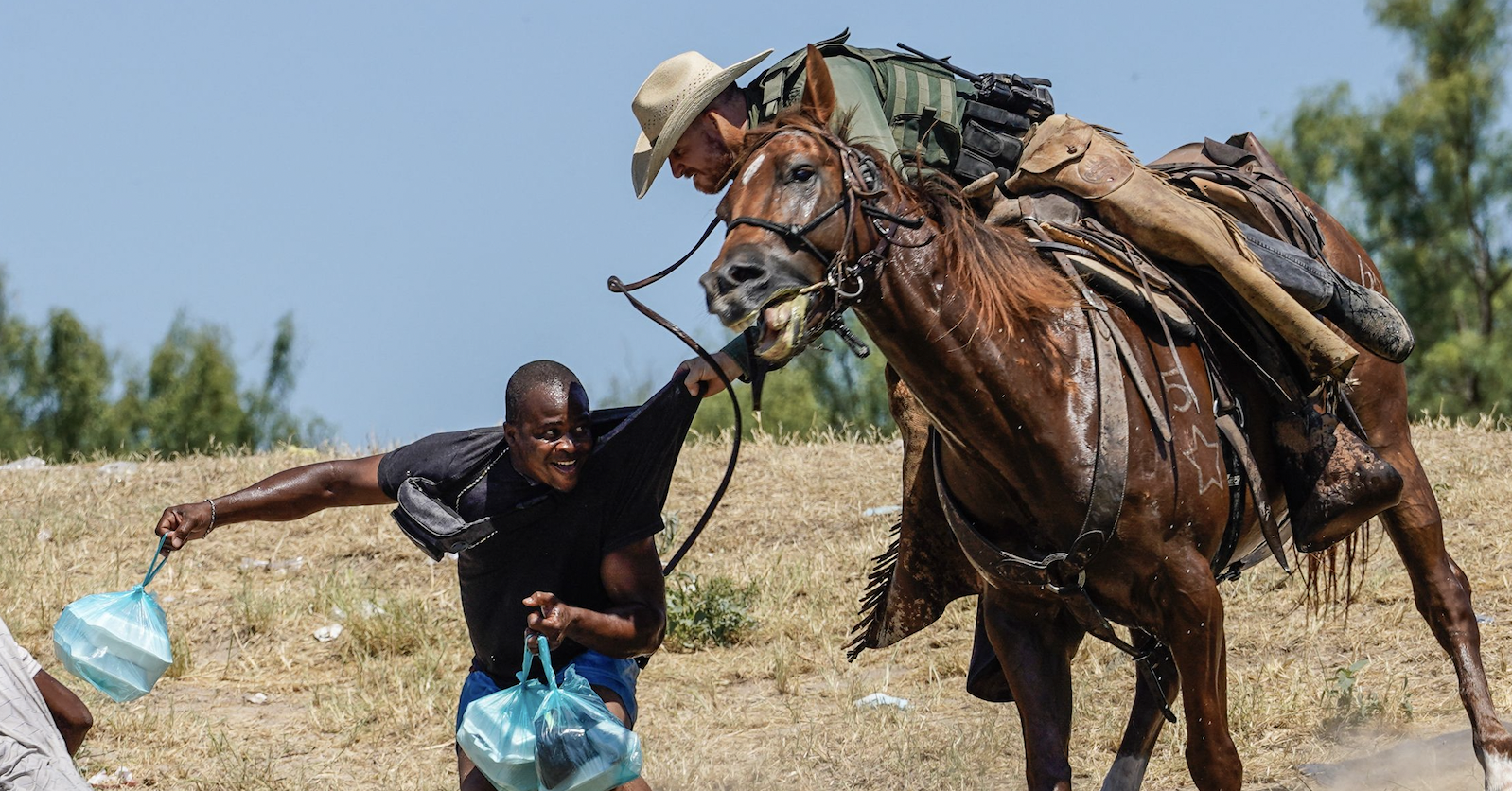 WASHINGTON — The Heritage Foundation will file a lawsuit against President Joe Biden’s administration demanding the release of documents related to the investigation of mounted Border Patrol agents.

The suit, to be filed in the U.S. District Court for the District of Columbia, demands the release of all documents related to the Department of Homeland Security’s investigation into the September 2021 incident in which mounted Border Patrol agents were falsely accused of dramatically whipping illegal immigrants.

“Heritage is being denied information to which it is statutorily entitled and that is important to carrying out Heritage’s functions as a non-partisan research and educational institution and publisher of news,” the complaint says.

Homeland Security Secretary Alejandro Mayorkas had first backed the border patrol agents, but he later said that pictures of the “whips” had “profoundly” troubled him and promised that an investigation into the agents would be “completed in days, if not weeks,” as the suit points out.

Senior administration officials also backed the since debunked claims. Biden went so far as to “promise” that “those people will pay.” Vice President Kamala Harris said she was “deeply troubled” comparing the images she saw to “times of slavery.” And though the claims have been shown to be false, Fox News reported June 14 that the Biden administration is nevertheless preparing to punish the agents.

Heritage had previously filed a Freedom of Information Act (FOIA) asking DHS to release all correspondence and records related to its investigation of the incident, including documentation between any Biden administration officials that could suggest the investigation of the agents was politicized.

United States Border Patrol agents on horseback tries to stop Haitian migrants from entering an encampment on the banks of the Rio Grande near the Acuna Del Rio International Bridge in Del Rio, Texas on September 19, 2021.  (Photo by PAUL RATJE/AFP via Getty Images)

And in efforts to uncover the nature of the Biden administration investigation into the agents, Heritage drew on the expertise of former top DHS employees experienced in having to respond to such FOIA requests and lawsuits themselves.

“We think the American people and the Border Patrol deserve to know,” Howell said. “And so we’re stepping in and getting a judge actually involved. Filling the void.”

Heritage not only hopes that the lawsuit will uncover information demonstrating the politicized nature of the investigation into the border patrol agents — the think tank looks to show conservatives in the movement that they have the ability to win such matters in court.

“If they do go ahead and discipline these agents, these documents, the communications that we are going to get will go a long way towards telling not only the Border Patrol, but everyone else what actually happened and how the political appointees and leadership were involved in this process when they really should never have been,” Howell said.