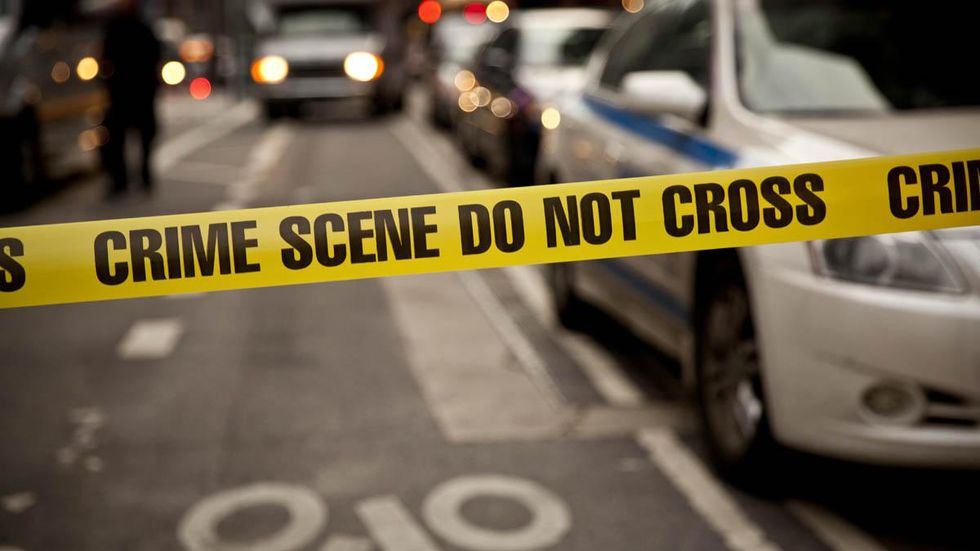 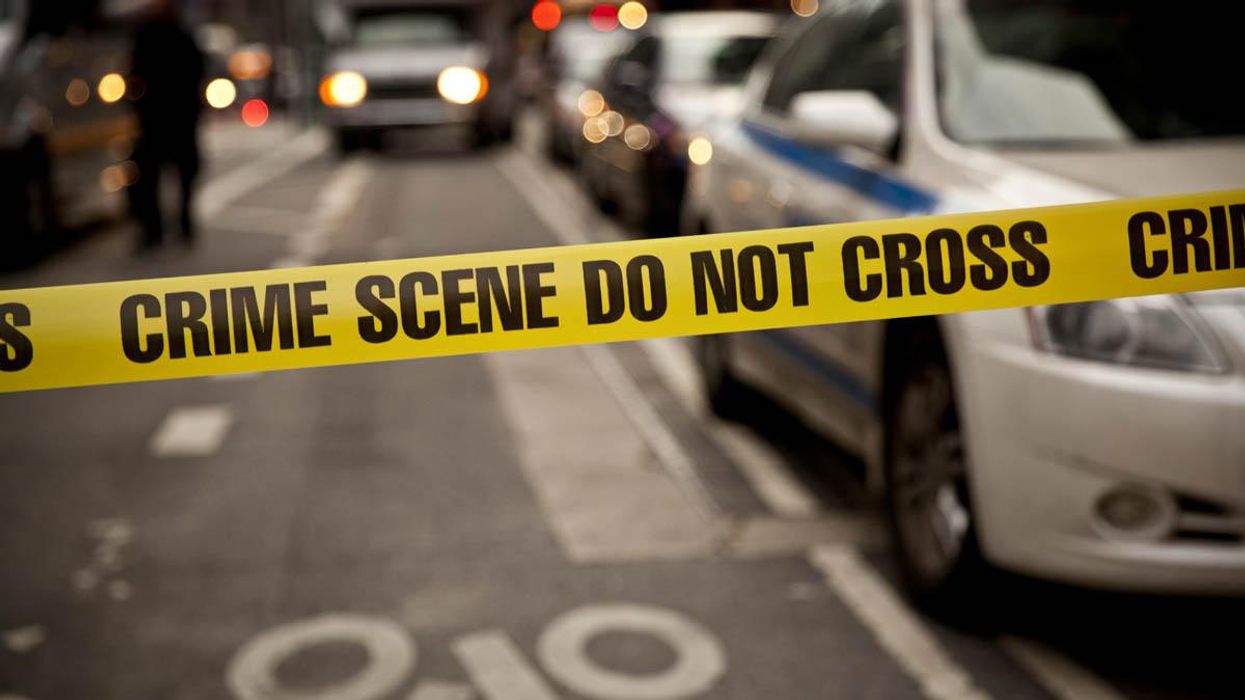 Here’s a novel idea for controlling gun violence and acting on “red flags.” Rather than the feds incentivizing states to “red-flag” those who haven’t committed a crime, why not incentivize states to keep those who actually shoot people with guns off the streets?

As we see again and again in America’s major cities, almost all the gun violence is committed by those with previous gun and violent felonies who commit more of the same crimes while out on parole, probation, or low-bail release pending trial. Many of them are caught multiple times illegally possessing handguns at the scenes of crimes but are not re-incarcerated.

For example, the group chronicled the case of Tasia Deanne White, who had 26 convictions, including 10 felonies for violent offenses and illegal possession of guns during a crime. She barely served time throughout the years and was recently charged with three new felonies, including felony possession of a gun, with two other felony cases still open. Yet Hennepin County state Judge Paul Scoggin granted her a downward sentencing departure and allowed her to serve three separate felony sentences concurrently.

It turns out that between 2013 and 2019, Minnesota prosecutors and judges chose to NOT pursue or issue minimum prison sentences in felony firearm cases 40% of the time. According to the Minnesota Sentencing Guidelines Commission (MSGC), the fastest-growing crime in Minnesota between 2010 and 2018 was possession of a firearm by a convicted felon who committed a crime of violence. This is the story of nearly every major city in America.

How is it that Republicans are getting sucked into the premise of the Left by focusing solely on lawful purchases and harassing gun store owners rather than holding Democrats accountable for going soft on the ultimate red flags for gun violence?

"I think if this framework becomes the actual piece of legislation, it's a step forward on a bipartisan basis and further demonstrates to the American people that we can come together, which we have done from time to time on things like infrastructure and postal reform, to make progress for the country," McConnell said on Tuesday in endorsing the new red-flag due process violations and holding gun stores accountable for crimes committed by purchasers.

Personally, I don’t believe there is a proper federal solution for this matter, but if we are going to use federal funds to incentivize states to circumvent due process, why not dangle those funds before state and local prosecutors to lock up known gun felons who exit the revolving door of our leaky justice system? Why not spend more money on expediting their trials so we don’t have repeat violent gun felons out indefinitely on low bail, many of whom contribute to a good number of the mass shootings on city streets? Why not make it about the known criminals?

Instead, McConnell and most other Republicans credulously joined with the Left in 2018 – when they had control over all three branches – to pass the “First Step Act,” which released thousands of federal drug traffickers. As anyone with a modicum of knowledge of criminal justice knows, those serving hard time for drug dealing in federal prison are usually gang members who have committed a lot of street violence with guns throughout the years.

The First Step Act allowed thousands of hardened federal criminals to go before a judge and apply for early release based on completing dubious “anti-recidivism” programs created by left-wing NGOs. A 2020 analysis by the Chicago Sun-Times shows that judges are signing off on the release of career criminals, including top gang leaders, much to the consternation of local prosecutors who are at their wits' end trying to stem the tide of gun violence.

The Sun-Times analyzed 200 cases of early release in Chicago under the First Step Act and found that "more than 60 percent" of those who applied were granted sentence reductions by judges, "including some of the nation's most notorious criminals." At the time, 75 applications for sentence reduction were granted, 45 denied, and the rest are still pending.

"It's not gun violence. It's street gang violence," Kass declared. "If we really cared about these victims and their memories, we'd have the decency to call what happened to them by its real name: gang wars."

So why isn’t this the message of GOP leaders Mitch McConnell and John Cornyn? Why are they not jujitsuing the Democrat clamor for gun control into criminal control and blaming Democrats for their de-incarceration agenda? Well, for one, it’s because these same Republicans bought into the Koch-funded pressure groups who pushed the same agenda during the Trump administration together with Jared Kushner.

Ironically, McConnell delivered a pretty good floor speech on Tuesday about the destruction wrought on this country by Soros prosecutors and the rising tide of crime. He talked about the endless shootings, carjackings, and drug overdoses.

My hometown of Louisville is struggling too. Over the past several years, violent crime has sharply risen across the city, breaking gruesome records including record homicides and assaults. And we’ve seen carjacking more than tripl[e] in the past five years.

Last weekend alone, Louisville saw three homicides and ten nonfatal shootings. Five teenagers and a 9-year-old were shot during a single altercation at my hometown’s Big Four Bridge. Violent criminals turned a popular attraction for families and tourists into a war zone.

He is absolutely right. But it’s not just the Soros prosecutors responsible for this morass. His own party spent close to a decade joining with the left on “criminal justice reform” rather than hitting Democrats over the head for the de-incarceration agenda and pursuing tougher sentences on violent criminals and repeat offenders. He complains about record drug overdoses, but he voted to let many of the worst dealers out of prison.

Moreover, if he really believes the words he spoke on Tuesday, how could he surrender our leverage on negotiations about gun violence without demanding a “three strikes and you’re out” violent gun felon law and funding more prosecutions of these people? If you are going to sell out on the Second and Fifth Amendments, at least secure some “tough on crime” provisions in exchange for it. Why focus on purchases of 18-year-olds who never committed a felony instead of focusing on the youth who have attacked people with guns and are responsible for the epidemic of carjackings in every major city?

Then there is the issue of illegal aliens. If McConnell is promising a deal with Democrats, he can at least demand in return that they agree to immediately remove all of the illegal alien gun felons. Why do we need to retain other countries’ gun felons when we have enough of our own? Biden’s de facto suspension of ICE operations has cut the number of gun felons removed from the country in half. According to ICE data obtained by the Center for Immigration Studies (CIS), in fiscal year 2019, ICE removed 3,121 foreign nationals charged with or convicted of weapons violations. That number declined 46% to 1,662 aliens in FY 2021 under Biden and is expected to be much lower for this fiscal year, with the full suspension policies in place. As the CIS notes, because of the suspension of the 287(g) program, the number of gun felons at the apprehension level already declined 52% in FY 2021.

Rather than red-flagging people without due process, why not remove criminal aliens caught with guns who don’t have a due process right to be in the country anyway?

Why is it that Republicans never get anything in return for selling us out, even on the same issue and for the very policies that Democrats are culpable for their bad outcomes? The only conclusion we can draw is that Republicans don’t want the same things we do.
Back to Blogs