Joe Rogan tells 7.8 million Twitter followers to join him on GETTR — a non-'cancel culture' rival platform: 'In case s**t over at Twitter gets even dumber' 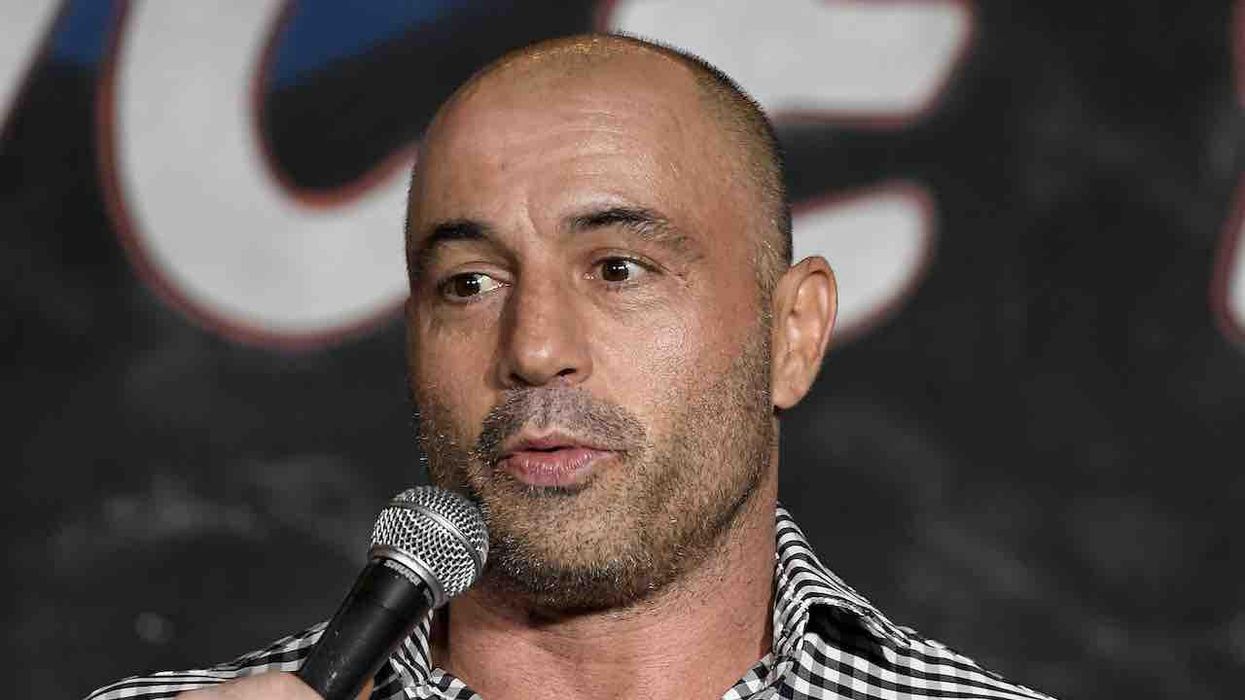 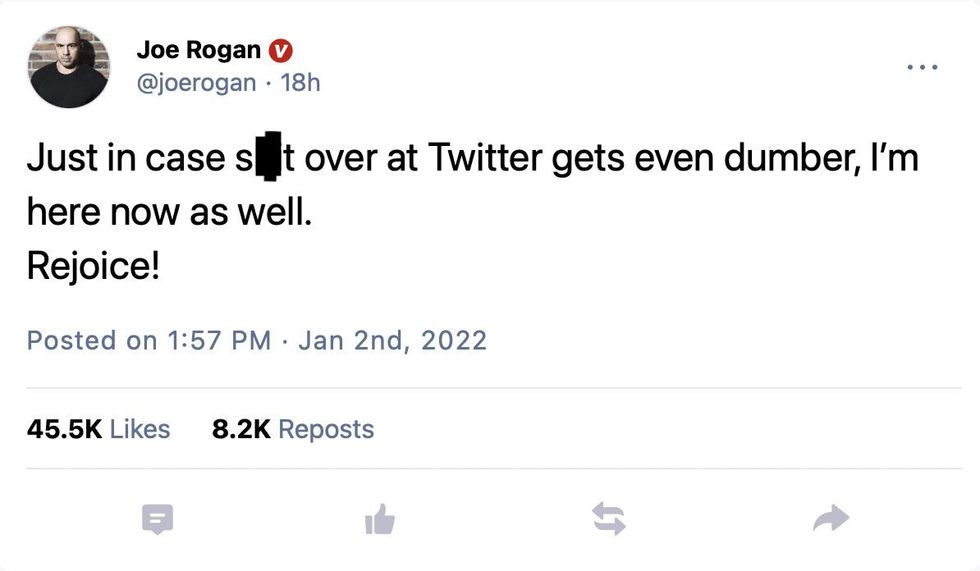 Following Rogan's announcement that he joined GETTR, the social media platform said it saw over 150,000 new users in a single day.

Another new GETTR user is Dr. Robert Malone, a virologist and immunologist who has said he helped develop mRNA technology — and who is an outspoken critic of the COVID-19 mRNA vaccines. Malone said last week that Twitter permanently suspended his account.

Malone appeared on Rogan's podcast shortly after his banishment from Twitter to discuss his views related to the COVID-19 pandemic and the development of vaccines created to fight the virus.

How are folks reacting to Rogan's GETTR endorsement?

As of Monday morning, Rogan's tweet encouraging his followers to join him on GETTR has received nearly 50,000 likes and almost 3,000 comments.

"How much were you paid to post this cringe?" one annoyed user asked Rogan, while another declared, "GETTR where @joerogan can play doctor and give advice that will kill you without fear of condemnation."

Another user said, "Good luck man. Miss those cool guests you used to have before you went all in on the alt-right s**t."

But others were happy to see Rogan join GETTR.

"Thank you Joe, somebody needs to start the movement," one commenter said, while another noted, "Glad to see you over there!"