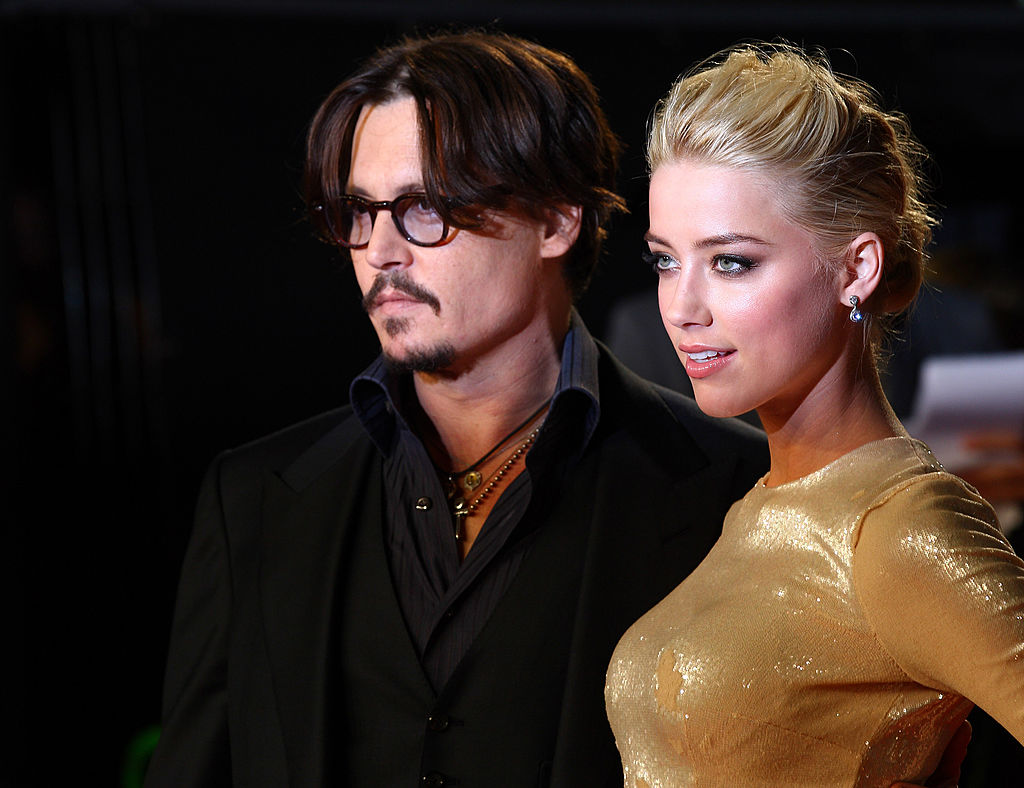 The trial surrounding Johnny Depp’s defamation lawsuit against his ex-wife Amber Heard is heating up, with both sides accusing the other of violence.

Heard’s story has evolved over the years, from claiming she was the victim of domestic violence without naming Depp to now claiming that he also sexually assaulted her. A spokesperson for Depp told Buzzfeed News in a statement on Tuesday that Heard’s changing allegations follow “a pattern of her elaborate, erroneous claims which have continued to change and evolve over time for the purpose of Hollywood shock value of which Amber has mastered and used to exploit a serious social movement.”

Depp’s attorneys accused Heard of being the physically abusive part of the relationship, saying the “Pirates of the Caribbean” star would lock himself in the bathroom to escape Heard’s violence. His attorney also said that, when the couple traveled together, Depp would book an extra hotel room so he could get away from Heard when she became “enraged.” Depp’s sister, Christi Dembrowski, the president of Depp’s production company Infinitum Nihil, testified that she booked the separate room, and that she never personally witnessed the pair engaging in violence against each other. She also claimed Heard called Depp an “old fat man.”

Depp’s attorney also said that while the couple was in Australia in 2015, Heard severed Depp’s finger after throwing a vodka bottle at him. Heard’s attorney insisted that Depp cut off his own finger.

Heard’s attorney claimed during opening arguments on Tuesday that Depp punched and kicked Heard while they were married when he was blacked out for three days in Australia, and that he also dragged her by her hair. The attorney also claimed that Depp would get high and drunk and then physically and sexually assault Heard. The attorney claimed that Heard once found naked photos of another woman on Depp’s computer and confronted him about cheating, after which they both allegedly threw punches at each other.

Depp is suing Heard over a 2018 Washington Post op-ed the “Aquaman” actress wrote claiming to be the victim of domestic violence. Heard didn’t name Depp, but he says that her op-ed led to him losing roles and having his reputation damaged.

As The Daily Wire previously reported, Depp lost a previous defamation case in the United Kingdom, in large part due to the difficulties in proving libel cases. Depp had to prove that he didn’t abuse Heard — essentially he had to prove a negative. And while a judge in the U.K. acknowledged that Depp was able to cast doubt on at least two of Heard’s allegations, the judge said Depp failed to disprove her other 12 allegations.

Depp’s attorneys called the ruling “perverse” and “bewildering,” pointing out the mountain of evidence the judge appeared to have ignored in arriving at his decision.

“Most troubling is the Judge’s reliance on the testimony of Amber Heard, and corresponding disregard of the mountain of counter-evidence from police officers, medical practitioners, her own former assistant, other unchallenged witnesses and an array of documentary evidence which completely undermined the allegations, point by point. All of this was overlooked,” said Depp’s attorney Jenny Afia. “The judgment is so flawed that it would be ridiculous for Mr. Depp not to appeal this decision.”

Among that “mountain” of evidence, The Daily Wire previously reported, was surveillance videos, eyewitness statements, audio, photos, and more allegedly proving that Depp was the real victim.

“One of the testimonies comes from Trinity Esparza, who was the concierge at the penthouse where Heard claims Depp hit her in the face. Esparza now questions how Heard received the mark on her face she claimed was from Depp, after reviewing surveillance footage from three days later, when Heard’s sister Whitney pretended to punch her in the face, according to court documents,” The Daily Wire reported.

Further, evidence suggested Heard attacked Depp while the actor was in bed and staged the attacks she claimed he committed.

“Unaware that members of Mr. Depp’s security team (including an 18-year veteran of the Los Angeles County Sheriff’s Department) were mere feet away, Ms. Heard falsely began yelling, ‘Stop hitting me, Johnny,’” Depp alleged in court documents. “The interaction culminated with Ms. Heard making false allegations that Mr. Depp struck her with a cell phone, hit her and destroyed the penthouse. There were multiple eyewitnesses to this hoax.”

“I’m sorry that I didn’t, uh, uh, hit you across the face in a proper slap, but I was hitting you, it was not punching you. Babe, you’re not punched,” Heard tells Depp in the recording. “I don’t know what the motion of my actual hand was, but you’re fine. I did not hurt you. I did not punch you. I was hitting you.”