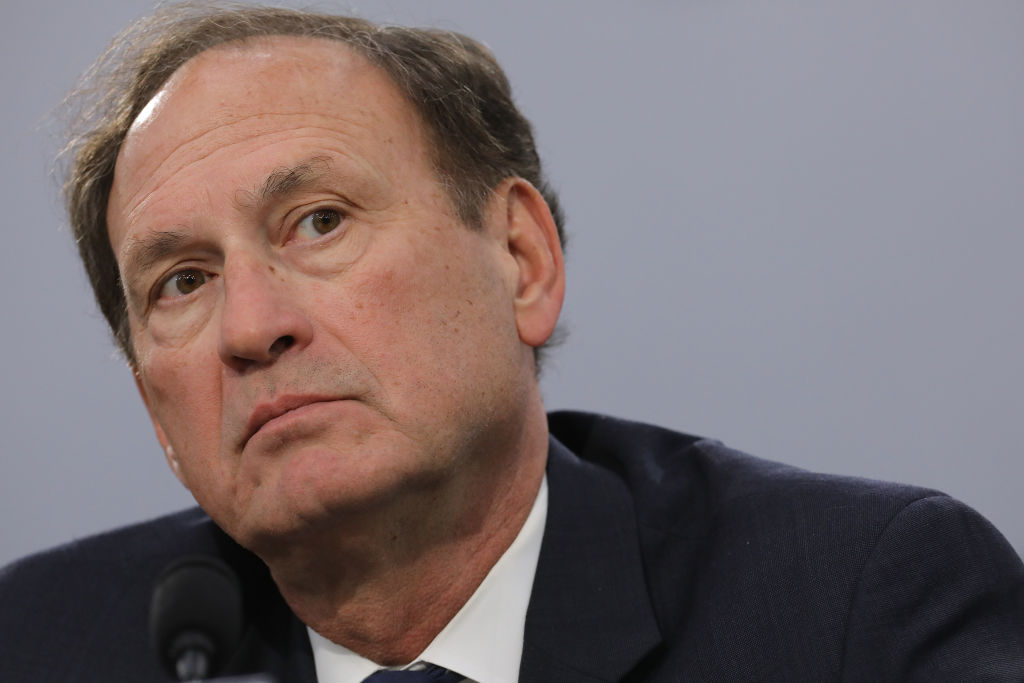 Justice Samuel Alito ordered a pause for counting undated Pennsylvania ballots from a local race in 2021 even as legal teams for Republican Senate candidates Dr. Mehmet Oz and David McCormick battle over similar issues in a PA Senate primary recount in court.

Alito, who is in charge of emergency requests for Pennsylvania, issued an administrative stay for the counting of certain ballots in a judge’s race from 2021, according to The Washington Post. The Supreme Court is weighing the U.S. Court of Appeals for the Third Circuit’s ruling that undated ballots received on time ought to be counted. This could impact the counting of ballots for the PA senate primary.

“The state’s requirement is that mail-ballot voters ‘fill out, date and sign’ a form declaration on the outer envelope used to return ballots,” the Post explained. “But the federal judges said not counting the votes of those who did not provide a date violated federal civil rights law because the requirement was immaterial to the voters’ qualifications. There are no indications of fraud, the ballots were received by the state’s deadline and election officials noted they would have counted ballots with the wrong date but not those with no dates at all, the judges said.”

While the McCormick campaign supports the counting of undated ballots, the Oz campaign — with the backing of the Republican National Committee (RNC) — argues that the ballots should remain uncounted. Indeed, the Oz campaign has claimed that McCormick is “following the Democrats’ playbook” and eroding voters’ confidence in the election.

Oz called himself the “presumptive Republican nominee” at the end of last week. “It’s time to unite. I want to hear your ideas and make this country’s future as bright as it has ever been,” Oz said in a social media video. “With more freedom, less big government, and by empowering our people, America’s light will shine brighter than ever.”

McCormick’s lawsuit asserted that the county election boards are “disenfranchising” voters who did not date their ballots. The suit, therefore, demands that the boards count ballots “that were returned on time but that lack a handwritten date on the exterior mailing envelope.”

Both campaigns presented their cases to the Pennsylvania Commonwealth Court on Tuesday. Although the court has sided with the Oz campaign’s position in similar past cases, “it will be interesting to see whether the Third Circuit’s opposite stance on the issue influences its thinking going forward,” the Philadelphia Inquirer observed.

Nationwide midterm polling has so far indicated that Democrats face an uphill battle to keep and gain representation in Congress. The November election will determine the successor of Sen. Pat Toomey, a Republican who is retiring after two terms in the Senate. Because Pennsylvania has historically been a swing state, Democrats hope to flip the seat.

A previous version of this article incorrectly said that Alito’s decision involved the PA Senate Primary. It involved a local race from 2021.