Kamala Harris Laughs After Being Asked If U.S. Will Accept More Ukrainian Refugees 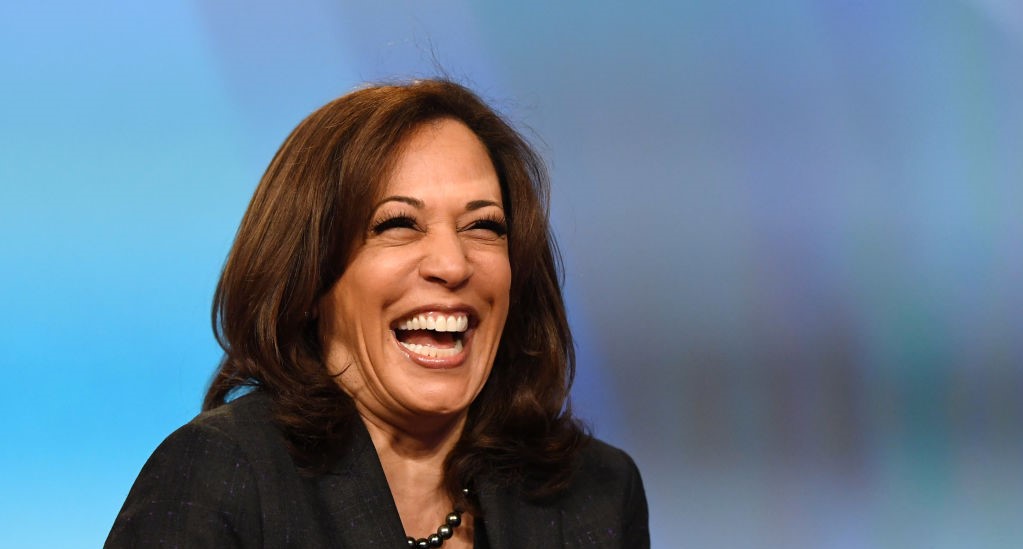 Vice President Kamala Harris, in Poland to meet with foreign leaders about the Russian invasion of Ukraine, laughed during a press conference on Thursday after being asked if the U.S. will set aside space for Ukrainian refugees to immigrate to America.

Harris and Poland’s President Andrzej Duda were asked about the U.S. accepting Ukrainian refugees, and the vice president giggled awkwardly before Duda began answering the serious question, with more than 2 million Ukrainians fleeing, many to Poland.

“A friend in need is a friend indeed,” Harris said with a smile before a more somber Duda said he had asked the U.S. vice president to help speed up the process for Ukrainian refugees with family in the U.S. to be able to head to America.

“We are looking for international support because indeed the vast majority of Ukrainian refugees are coming to our country,” Duda said. Harris stopped short of saying the U.S. will commit to taking in a certain number of Ukrainians fleeing the war.

But she did say Ukrainians now in the U.S. who may have visas that are expiring soon can stay in the U.S. “We will not send them back to what is a war zone,” Harris said.

And she said the U.S. will aid Poland, saying: “As we have said many times through our work collectively in the UN through NATO, we will support Poland in terms of the burden it is facing and our collective responsibility to ensure the safety and well-being of these refugees.”

“During her trip to Warsaw, Poland, today, U.S. Vice President Kamala Harris announced nearly $53 million in new humanitarian assistance from the United States government, through the U.S. Agency for International Development (USAID), to support innocent civilians affected by Russia’s unjustified invasion of Ukraine. This additional assistance includes support to the UN World Food Program (WFP) to provide lifesaving emergency food assistance to meet immediate needs of hundreds of thousands affected by the invasion, including people who are displaced from their homes and who are crossing the border out of Ukraine. In addition, it will support WFP’s logistics operations to move assistance into Ukraine, including to people in Kyiv,” the White House said in an official statement.

“The United States is the largest provider of humanitarian assistance to Ukraine and has provided $159 million in overall humanitarian assistance to Ukraine since October 2020, including nearly $107 million in the past two weeks in response to Russia’s invasion of Ukraine. This includes food, safe drinking water, shelter, emergency health care, and winterization services to communities affected by ongoing fighting. To date, two million people have been forced to flee Ukraine due to the conflict, and an estimated one million are displaced inside Ukraine. At least 12 million people are in need of humanitarian aid across Ukraine. The United States continues to stand with the people of Ukraine and will continue to work to meet immediate needs and save lives,” the White House said.

Joseph Curl has covered politics for 35 years, including 12 years as White House correspondent, and ran the Drudge Report from 2010 to 2015. Send tips to [email protected] and follow him on Twitter @josephcurl.