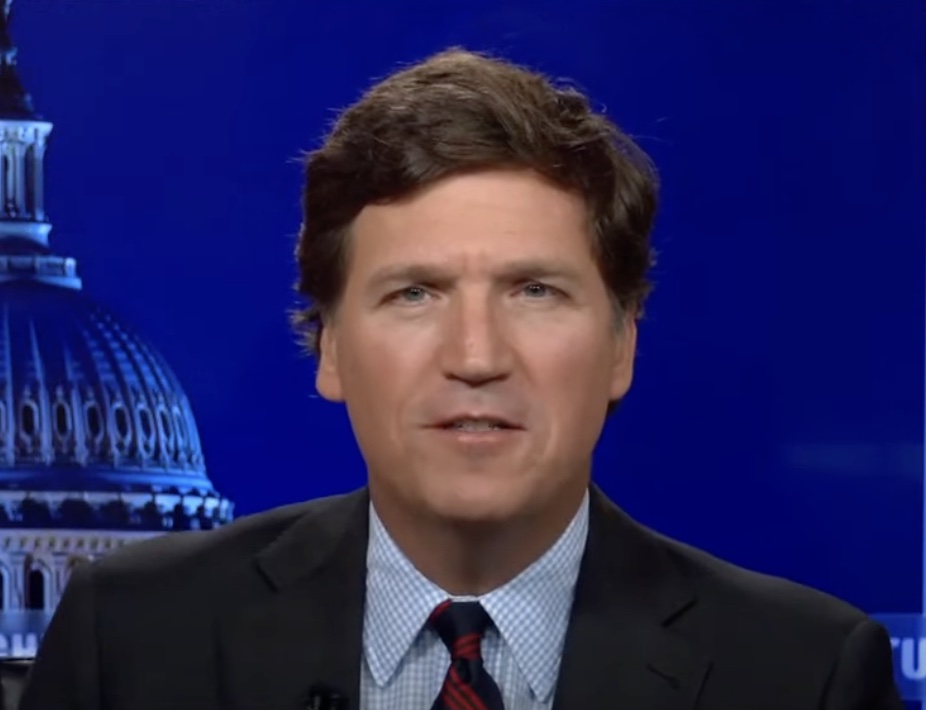 The New York Times and others on the Left linked Fox News personality Tucker Carlson to Saturday’s horrific massacre in Buffalo, despite no evidence the shooter is a fan or even watched the conservative cable news host’s highly rated show.

The Times cited the gunman’s alleged support for so-called “replacement theory,” an anti-semitic conspiracy theory that claims Jews are importing minorities to change the country’s racial makeup. Some have conflated that theory with claims that Democrats favor amnesty for illegal immigrants in order to change the voting demographics of the country, which Carlson has asserted.

“No public figure has promoted replacement theory more loudly or relentlessly than the Fox host Tucker Carlson, who has made elite-led demographic change a central theme of his show since joining Fox’s prime-time lineup in 2016,” the Times wrote.

The suspect, who The Daily Wire is not naming in keeping with its policy to deprive mass killers of the notoriety they often crave, was radicalized online and immersed himself in “replacement theory and other kinds of racist and anti-semitic content,” The Times wrote, apparently relying on a 180-page manifesto believed to have been posted online by the suspect. In that manifesto, the author characterizes himself as “authoritarian left wing.”

“Someone like Carlson can introduce viewers to ideas that they then explore more fully online, searches that lead them into far-right spaces that either reinforce their existing views or radicalize them,” a Columbia University historian told the Times for the article.

The Times was not alone in linking Carlson to the incident, in which 10 people were killed and three more wounded.

Far-Left California Rep. Adam Schiff, who infamously claimed to have seen evidence that former President Trump had colluded with Russia to win the 2016 presidential election, accused the cable news host of issuing a “call to arms” to right-wing lunatics.

“Tucker Carlson is many things — but he’s not stupid,” Schiff tweeted. “When he pushes racist conspiracies like ‘the great replacement,’ he knows the risks. He knows some view his vile hate as a call to arms.”

Tucker Carlson is many things — but he’s not stupid.

When he pushes racist conspiracies like “the great replacement,” he knows the risks.

He knows some view his vile hate as a call to arms.

The problem is Tucker just doesn’t give a damn about anyone but himself.

“More blood on the hands of @tuckercarlson and @foxnews this killer used their racist talking points to justify killing 10 people. Carlson won’t stop because as he explained to the NY Times, it’s good for ratings. Lives be damned. As Carlson will be at judgement day,” former White House Press Secretary Joe Lockhart, who served under former President Bill Clinton, ranted.

More blood on the hands of @tuckercarlson and @foxnews this killer used their racist talking points to justify killing 10 people. Carlson won't stop because as he explained to the NYTimes, it's good for ratings. Lives be damned. As Carlson will be at judgement day. https://t.co/fse5bRvEbN

Hollywood actor/director Rob Reiner, who played the iconic liberal character “Meathead” on the 1970s sitcom “All in the Family,” spread the blame beyond Carlson,

“The racist massacre in Buffalo rest at the feet of Donald Trump, Tucker Carlson, and the GOP,” Reiner tweeted. “There are not fine people on both sides.”

The racist massacre in Buffalo rest at the feet of Donald Trump, Tucker Carlson, and the GOP. There are not fine people on both sides.

The horrific murders in a grocery store on Buffalo's predominantly Black East Side were an act of domestic terrorism fueled directly by white supremacist conspiracy theories repeated by Tucker Carlson and supported by Republicans like Matt Gaetz. 1/ https://t.co/rnLjBcf9Ur

In addition to having no evidence that the shooter was a Carlson, or even Fox News, watcher, the far-Left dot-connecting is a departure from past cases involving potential political links to mass shootings. The gunman who targeted Republicans, including then House Majority Whip Steve Scalise, on a Virginia baseball diamond in 2017 “posted Bernie Sanders signs in the yard” and “cited MSNBC’s The Rachel Maddow Show as one of his favorite television programs,” USA Today reported.

“I can’t believe this even needs to be said, but Tucker Carlson is no more responsible for the Buffalo shooting than Bernie Sanders was for the Congressional baseball field shooting,” tweeted podcaster Chicks on the Right. “If you’re a person who is blaming anyone other than the shooter you’re a complete idiot.”