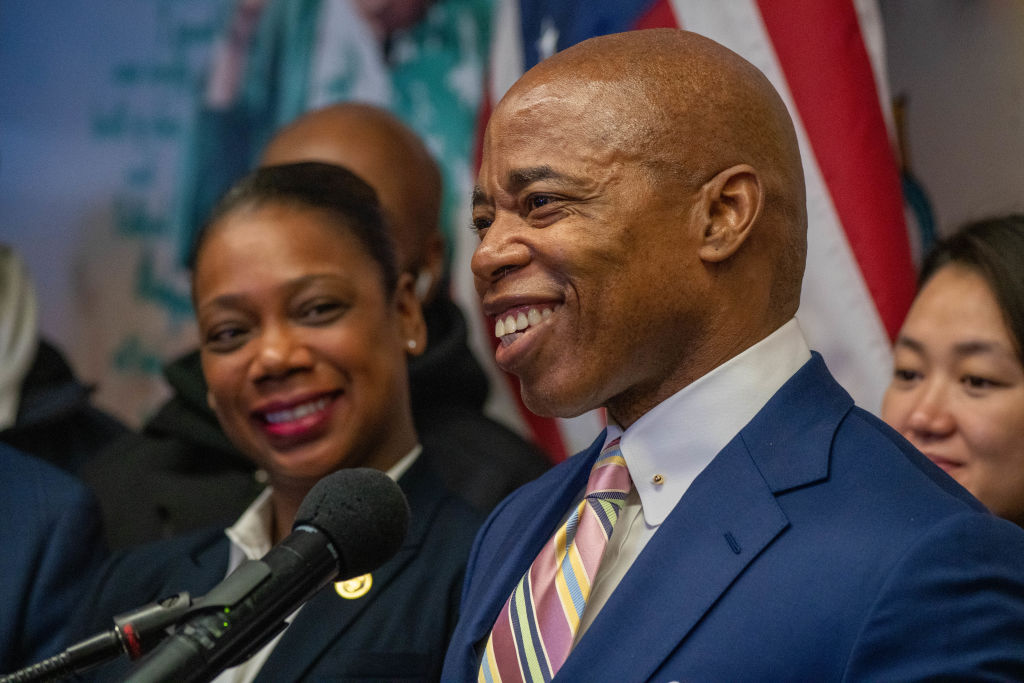 Social media slammed New York City Mayor Eric Adams and the NYPD Commissioner Keechant Sewell for attempting to take credit for the arrest of the subway shooting suspect who fired 33 shots at a northbound N train on Tuesday, pointing out that it was a 21-year-old New Jersey man fixing a store security camera who saw him and alerted police after the suspect had called the police himself.

Sewell tweeted on Wednesday afternoon, “[The suspect] had nowhere else to run or hide — and is now in NYPD custody. The work of our detectives is second to none and the dedication of our patrol officers is never ending.” Adams echoed three minutes later, Adams tweeted, “We got him.”

My fellow New Yorkers: we got him.

Join us at 1 Police Plaza for an update on yesterday’s shooting in Brooklyn. https://t.co/OyKU0Zrm7c

But it was Zack Tahhan, 21, who spotted the suspect around First Avenue Wednesday morning and alerted police. According to the New York Post, sources claimed the suspect called 911 himself, informing them he could be found at a fast-food restaurant near Astor Place, saying: “You know, I think you’re looking for me. I’m seeing my picture all over the news and I’ll be around this McDonald’s.”

Tahhan told a news conference on Wednesday afternoon, “I thought, ‘Oh my God, this is the guy, we need to get him.’ He was walking down the street, I see the car of the police, I said, ‘Yo, this is the guy!’”

“Mr. Tahhan said he ran out onto the street, following the suspect and warning those around him to keep their distance,” The New York Times reported, adding that Francisco Puebla, manager of Saifee, a hardware and garden store, insisted that he was responsible. “Mr. Puebla said he saw a burly man with a backpack walking slowly up First Avenue. He felt panic, he said, and feared calling the police because he didn’t want to be wrong. … But when a police car happened to stop for a red light at the corner, Mr. Puebla said, he walked to it, waved and said, ‘Police officer, I might be wrong but the guy that did the shooting is right in the middle of the block,’” The Times added.

Social media slammed Adams and Sewell with comments like these:

While we are thrilled he was arrested and caught. Please give credit where credit is due! Give Zack a reward and some honor here! He is the one who did it.

We? How about a shoutout to Zack. Pretty sure without him “we” wouldn’t have him.

No you didn’t get him. he was caught by a civilian after the nypd let him run wild in nyc, even giving the man time to stop at mcdonald’s.

The police got him by just answering a call from Zack If it wasn’t for him where do you think we’d be today? Probably still looking for him! Now that that’s done go out and find the other shooters and killers in New York City! Don’t stop because this guy is caught.

Not a word of commendation for the civilians who spotted him, held him, and alerted police driving by?

No sorry, a fellow non-NYPD citizen caught him. Give the proper credit.