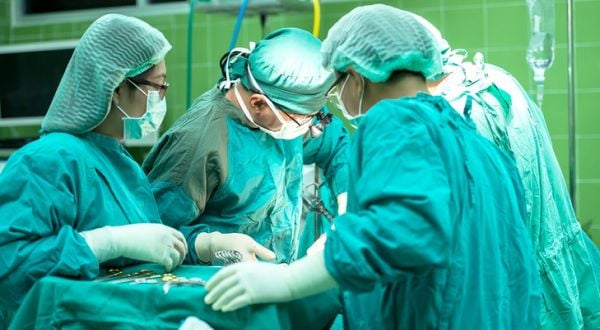 (Image by Sasin Tipchai from Pixabay)

A federal judge has approved a law-enforcement officer's body-mutilating surgery at taxpayer expense because the county's insurance policy exemption "discriminates" against transgender individuals.

The stunning ruling that advances the normalization of the transgender ideology comes from Marc Treadwell, a judge in U.S. District Court for the Middle District of Georgia who was appointed by Barack Obama.

The case details were outlined in Corruption Chronicles, a featured item on the website of government watchdog Judicial Watch.

The organization reports, "In a 33-page ruling issued last week Treadwell compares the county’s health insurance excluding 'all treatment for gender dysphoria' (including sex-change surgery and drugs related to the procedure) to surgery for breast cancer and hormone therapy for menopausal women."

He continued, "And the plan pays for hormone replacement therapy medically necessary for the treatment of menopause, but not hormone replacement therapy medically necessary for 'sex change.' The undisputed, ultimate point is that the Exclusion applies only to transgender members, and it applies to Lange [the plaintiff] because she is transgender."

The result, unless changed on appeal, will mean that Georgia taxpayers will be billed likely tens of thousands of dollars for a surgery on an officer that mutilates his body.

The judge claimed to base his ruling on the Civil Rights Act, which was enacted in 1964 and bans employment discrimination based on race, color, religion, sex and national origin.

The Corruption Chronicles gave the background to the fight:

"In 2019 a veteran male deputy sheriff in Houston County with a population of around 155,300, sued his employer after being denied" a complex sex-change surgery. "In 2017, after serving years in uniform as a man, the officer who now goes by the name Anna Lange, came out as transgender and was subsequently diagnosed with gender dysphoria."

He already is taking hormone replacement therapy and paid thousands to "feminize his chest," the report said.

"But Lange continues to suffer significant distress and anxiety due to the incongruence between his female gender identity and his remaining male physical characteristics, according to the court document," the report said.

His initial demands that his treatments be funded by taxpayer-paid insurance were denied initially.

Judicial Watch pointed out, "Although less than one percent of the American population is transgender, the Biden administration has launched a fierce governmentwide effort to provide special accommodations with key federal agencies implementing significant measures to support those who identify as transgender."

Those include the U.S. Census Bureau spending $10 million to figure out how to add questions sexual orientation to surveys, and the State Department to allow American citizens to select an X as their gender marker on U.S. passport applications.

Further, the Department of Health and Human Services has flown the "transgender pride flag" at its headquarters and is working on plans to "best serve" those claiming to be transgender, which scientifically isn't possible, since being male or female is embedded to the DNA level.

Also caught up in Biden's agenda to provide special treatment for transgenders are the Social Security Administration and the Equal Employment Opportunity Commission.

The Department of Education is trying to force the issue on public schools, threatening them with disqualification for school lunch funding if they don't adopt the extreme agenda.