On Eve Of Peace Talks, Ukraine’s Deputy Prime Minister Fires, ‘There Is Only One Discussion To Be Had: Russia’s Capitulation’ 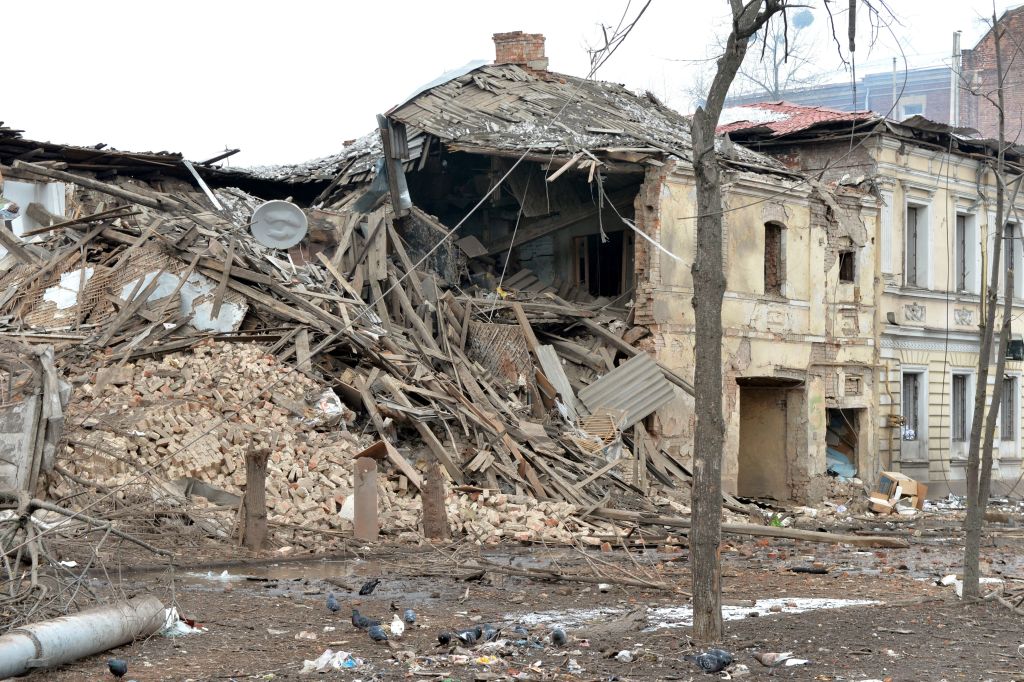 On Wednesday night, on the eve of Russian Foreign Minister Sergey Lavrov arriving in the southern Turkish resort city of Antalya for peace talks, Ukraine’s deputy prime minister Iryna Vereshchuk defiantly responded to supposed “peace terms” offered by Russia, firing, “There is only one discussion to be had: Russia’s capitulation.”

Speaking to BBC’s Newsnight, she continued, as The Daily Mail reported:

I think that in order to make demands you need to meet, you need to talk. But of course, the ultimatums that Russia has put forward are unacceptable: to recognize Crimea, to recognize the separatist republics as independent states, this is completely impossible.

Of course we cannot trade away our territory, we would have to amend the constitution. How could we look the Ukrainian people in the eye and calmly give away a part of sovereign independent Ukraine. How will we look our children in the eyes? This is aggression, not just against Ukraine as you can clearly see. This is a challenge to the whole world.

Russia has demanded Ukraine stop military action, change its constitution so it cannot join NATO, and recognize Crimea as sovereign Russian territory and Donetsk and Luhansk as independent territories.

Commenting on the refusal of the United States and the United Kingdom to impose no-fly zones out of fear of provoking a nuclear confrontation with Russia because of the risk of nuclear war with Russia, Vereshchuk snapped, “And the fact that the Chernobyl nuclear power plant is no longer under our control? You don’t think that is a nuclear standoff with Russia? … Putin is raising the stakes, he knows that. Who do you think this is aimed at? President Zelensky, or President Biden?”

She said that she would like the West “to help us to impose a no-fly zone, at least over critical infrastructure. We would like air defense systems.”

Lavrov said on Thursday that nuclear war would not be triggered by the war in Ukraine. Reuters reported:

Asked by a Kremlin correspondent for Russia’s Kommersant newspaper if he thought a nuclear war could be triggered, Lavrov told reporters in Turkey: “I don’t want to believe it, and I do not believe it…. Of course it gives us cause for concern when the West, like Freud, keeps on returning and returning to this topic.”

Lavrov added, “We’ll emerge from this crisis with a revitalized psychology and conscience: We won’t have any illusions that the West can be a reliable partner.”

“We will do everything to ensure that we never again depend on the West in those areas of our life which have a significant meaning for our people,” he added.

Meanwhile, Rostec CEO and Putin ally Sergey Chemezov boasted, “If you glance at Russia’s history, almost all of that history Russia has battled with different sanctions, with enemies which encircled her, and she always came out as the victor…Now will be the same.”