Over The Edge: Six Stars Swallowed Whole By Politics (And You Can Blame Trump) 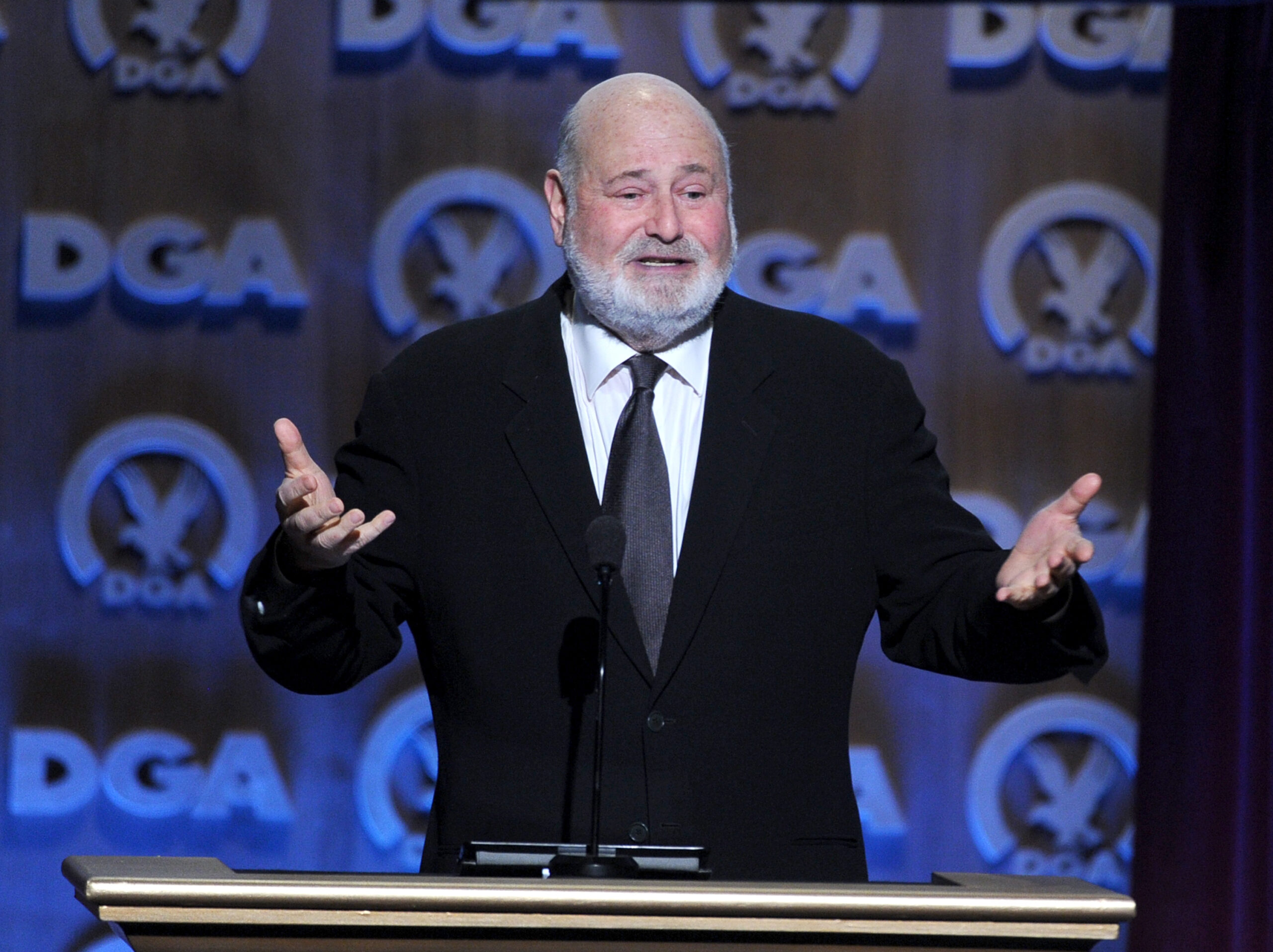 Celebrities have been political for decades.

Remember when Marlon Brando sent Native American Sacheen Littlefeather to decline his Oscar for “The Godfather?” How about when Michael Moore used his Best Documentary Oscar speech to blast President George W. Bush in 2003?

That was just a taste of the New Normal. Today’s stars are hyper-political, almost always in unison with the progressive playbook. They vent on social media, in magazine profiles, and, of course, from awards show stages.

A few stars go beyond those virtue signals. They seemingly live and breathe political banter, using every opportunity to rage against the GOP. And you can blame some, if not most, of it on a certain real estate mogul.

The man affectionately known as Meathead from “All in the Family” became one of Hollywood’s best directors after leaving the CBS sitcom.

These days, he directs flops (“Shock and Awe;” “And So It Goes”) in between having raging fits against former President Donald Trump on every platform possible. His most embarrassing moment? He used the death of his father, comedy icon Carl Reiner, to target Trump.

His August appearance on HBO’s “Real Time with Bill Maher” found him unable to answer a direct question from the affable host about the media burying the Hunter Biden laptop scandal. He couldn’t abandon his progressive talking points and looked foolish in the process.

His next project could, in theory, put an end to his cinematic cold streak. He’s directing a sequel to the classic mockumentary “This Is Spinal Tap.” Will his Trump derangement enter the frame? Would anyone bet against it?

The former E! superstar left the channel to join Netflix’s team, but she eventually decided to become a full-time activist. Why? Politics gnawed at her, and she figured she’d be more effective as an activist than a talk show host.

Or, perhaps, her Netflix series drew terrible ratings, and she left before she got canned.

Either way, she’s transformed her shtick from bawdy blasts from her boudoir to lectures about so-called white privilege. She even said white males are the only “approved” target for comedians today.

She did much more than overhaul her act, though. She sauntered in several women’s marches, ignored politicians accused of sexual misconduct if they had a “D” in front of their names, and demanded racially-charged jokes become illegal in the U.S. – while ignoring her own “criminal” past on the matter.

In between political broadsides, Handler discusses the progress she’s made in therapy following the Trump era.

The character actor landed the role of a lifetime as Clay, the head of the “Sons of Anarchy” motorcycle club. That FX series showcased Perlman’s range and ability to project anger on screen.

We’ve gotten a taste of that off-screen, too, ever since Trump took office. Perlman became obsessed with the 45th president, turning his Twitter feed into a round-the-clock, anti-Trump showcase.

His most embarrassing Tweet? He said he’d risk death to dethrone Trump.

Perlman never stops working – his IMDB page is chock-full of soon-to-be released titles. His political fires still burn, however, despite a new president inhabiting the White House. Trump Derangement is a permanent part of his psyche, alas, and chances are his TV is permanently set to MSNBC.

The 40-something actress landed not one but two beloved shows – “Who’s the Boss” and “Charmed.” These days, she’s more activist than actor. Her podcast, “Sorry, Not Sorry,” lets her weigh in on the latest political headlines, and she’s equally vocal with social media, particularly her 3.6 million strong Twitter account.

Her cause celebre? Women’s rights … except when they overlap with her progressive pals. She became one of Hollywood’s #MeToo warriors, but she initially laid low when former Biden staffer Tara Reade accused the now-president of sexually molesting her in 1993.

Milano finally commented on the ugly charge, saying her “Believe All Women” mantra came with an asterisk.

She similarly softened her hard-charging approach when 11 women charged New York Gov. Andrew Cuomo of sexually inappropriate behavior as well as when the group Time’s Up, which was established to protect women, couldn’t rally on their behalf.

What’s a sure sign you’ve let politics get the best of you? You throw your immediate family under the bus in a fawning magazine profile.

That’s exactly what this “Hunger Games” star did when talking up her next movie at Vogue Magazine. Lawrence said she tried and tried to forgive her right-leaning family for not aligning with her progressive views.

She just couldn’t do it.

Even more alarming? She admitted to having nightmares about Tucker Carlson, the Fox News superstar.

Schumer took a page out of Handler’s woke playbook in transforming her once-blazing career. Now, her movies do little damage at the box office, and she’s relegated to small screen gigs like “Life & Beth,” which barely moved the pop culture needle.

Why? She used her “Inside Amy Schumer” showcase to promote progressive causes like gun control, got herself arrested for protesting Supreme Court justices under the flimsiest of sex abuse allegations, and then boycotted the NFL for not employing failed quarterback Colin Kaepernick. She essentially cut her potential audience in half with her hard-left politics, and she’s no longer the industry’s go-to comedienne.

Her tepid co-hosting gig at the recent Oscars ceremony showed anew her best comic days are behind her. That won’t stop her activism, though.

Christian Toto is an award-winning journalist, movie critic and editor of HollywoodInToto.com. He previously served as associate editor with Breitbart News’ Big Hollywood. Follow him at @HollywoodInToto.

The views expressed in this piece are those of the author and do not necessarily represent those of The Daily Wire.