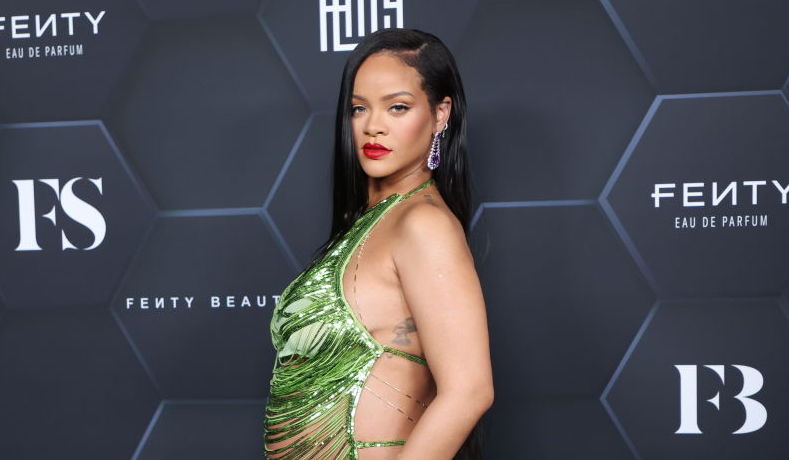 Pregnant singer Rihanna, an advocate for abortion and supporter of President Joe Biden, ironically said last month that her body is “creating” “a life,” adding that “God really does not make a mistake.”

“I do feel very beautiful,” Rihanna told a reporter at an event. “It’s from inside.”

“All these changes that your body is going through is for — you’re creating this person — like, a life,” the Fenty Beauty founder emphasized.

“Even when I’m reading all the apps and I’m finding out what my body is doing and what the baby is doing this week — it freaks me out, like God really does not make a mistake,” Rihanna continued. “Everything is for a reason. I’m enjoying it and I’m appreciating everything.”

Rihanna in 2019 publicly bashed Republicans in Alabama for passing pro-life legislation, Human Life Protection Act, which outlaws most abortions, with an exception if a mother’s life is at risk.

“Take a look. These are the idiots making decisions for WOMEN in America,” she tweeted alongside photographs of the lawmakers,” Rihanna tweeted.

“Governor Kay Ivey…SHAME ON YOU!!!!” she added.

take a look. these are the idiots making decisions for WOMEN in America.
Governor Kay Ivey…SHAME ON YOU!!!! pic.twitter.com/WuAjSVv6TH

“Today, I signed into law the Alabama Human Life Protection Act,” Republican Alabama Governor Kay Ivey tweeted at the time. “To the bill’s many supporters, this legislation stands as a powerful testament to Alabamians’ deeply held belief that every life is precious & that every life is a sacred gift from God.”

Today, I signed into law the Alabama Human Life Protection Act. To the bill’s many supporters, this legislation stands as a powerful testament to Alabamians’ deeply held belief that every life is precious & that every life is a sacred gift from God. https://t.co/DwKJyAjSs8 pic.twitter.com/PIUQip6nmw

In 2018, the foundation decided to begin testing a different approach, focused on proactively making buildings, infrastructure, and social systems stronger so that they would be most likely to survive future storms, preventing damage rather than repeatedly rebuilding. In a first pilot, the foundation is working with International Planned Parenthood Federation and Engineers Without Borders to make reproductive health clinics in the Caribbean more resilient to disasters.

Rihanna’s message about life and her support for abortion seems disjointed. If Rihanna really is creating “this person” and has “a life” inside, and “God really does not make a mistake” — then why would it be okay for any unborn baby to be killed? When does life start according to Rihanna? When the baby is wanted?

This is a theme with Left-wing celebrities.

Back in 2020, model Chrissy Teigen miscarried her baby. In a social media post detailing her grief, Teigen revealed the she and her husband musician John Legend named the baby while he was in her womb. Baby Jack, she wrote in the post, will always be part of their family.

Teigen is an avid supporter of Planned Parenthood and abortion. It’s unclear when the innocent unborn are precious human lives, and when they can be discarded and killed for reasons as trivial as inconvenience.

It seems, according to our elites, unborn babies of the rich and famous are worthy of life, and perhaps it’s a different story for the less affluent.

Related: The Media Are Lying To You About Georgia’s Pro-Life ‘Heartbeat Bill.’ Here’s The Truth.