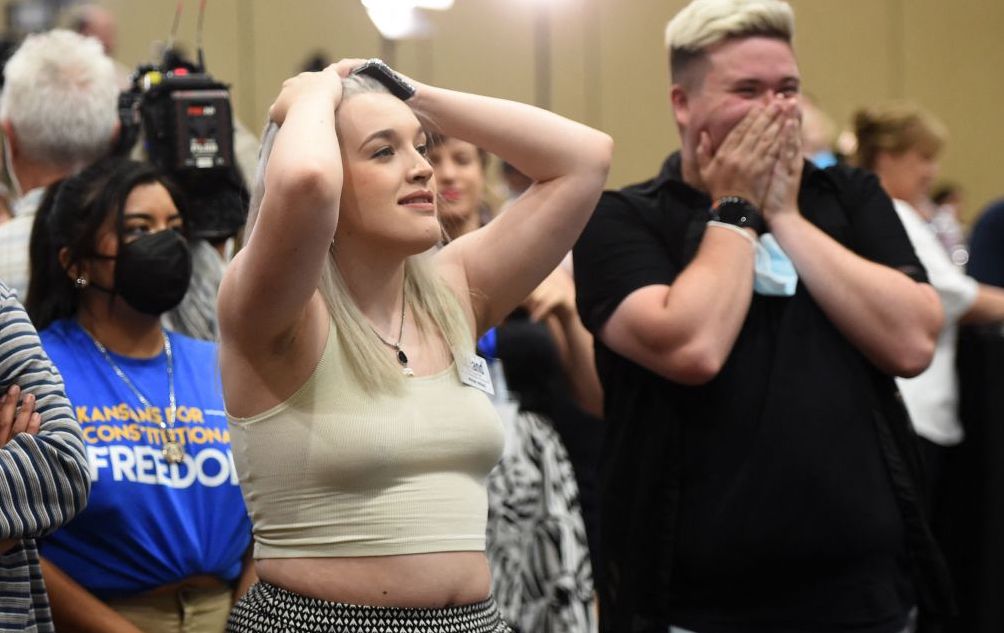 Voters on Tuesday rejected a pro-life amendment in Kansas — the first test of voter sentiment following the overturning of the abortion case Roe v. Wade by the U.S. Supreme Court, which effectively kicked back abortion restrictions to the states.

The Value Them Both amendment was defeated by about 17 percentage points, blocking the state from removing a right to abortion in the state constitution.

President Joe Biden, who is Catholic, cheered the victory for abortion rights.

“This vote makes clear what we know: the majority of Americans agree that women should have access to abortion and should have the right to make their own health care decisions,” he said, according to The Associated Press.

Mallory Carroll, a spokeswoman for Susan B. Anthony Pro-Life America, called the loss a “huge disappointment” and blasted abortion advocates for drowning out the “truth” with “lies.”

“Tonight’s loss is a huge disappointment for pro-life Kansans and Americans nationwide,” Carroll said. “The abortion lobby’s message to voters was rife with lies that ultimately drowned out the truth. Because of tonight’s results, Kansas could shortly become home to unrestricted abortion on demand — even late-term abortion without limits, paid for by taxpayers. The people and their elected legislators now have no recourse to use the tools of democracy to enact laws that reflect consensus.”

“The stakes for the pro-life movement in the upcoming midterm elections could not be higher, and there will be many more factors in play,” she added. “It is critical that pro-life candidates go on offense to expose the extremism of Democrats’ policy goals for nationalized abortion on demand paid for by taxpayers.”

A statement from the group said the pro-life amendment would have “corrected an overreach by the Kansas Supreme Court that, in 2019, found an alleged right to abortion in the state constitution and struck down a law passed by the state legislature to limit painful dismemberment abortions.”

“We are disappointed Kansans couldn’t see past the big money that flooded the state, confusing voters about an abortion-neutral amendment that would give them the freedom to vote on abortion policy,” Hawkins said in a statement. “We are ready to get back to work educating people on the ways they can protect the preborn and their mothers in Kansas, despite the obstacles. We don’t think it will take 50 years to protect life in law in Kansas, but we never gave up on overturning Roe, and we’re not going to give up now.”

Notably, on Sunday, a teenage pro-life volunteer for SFLAction was allegedly physically assaulted and harassed while canvassing for the Value Them Both amendment.

Related: ‘I Hope You Get Raped’: Pro-Life Teen Says She Was Repeatedly Punched In Head While Canvassing, Releases Video