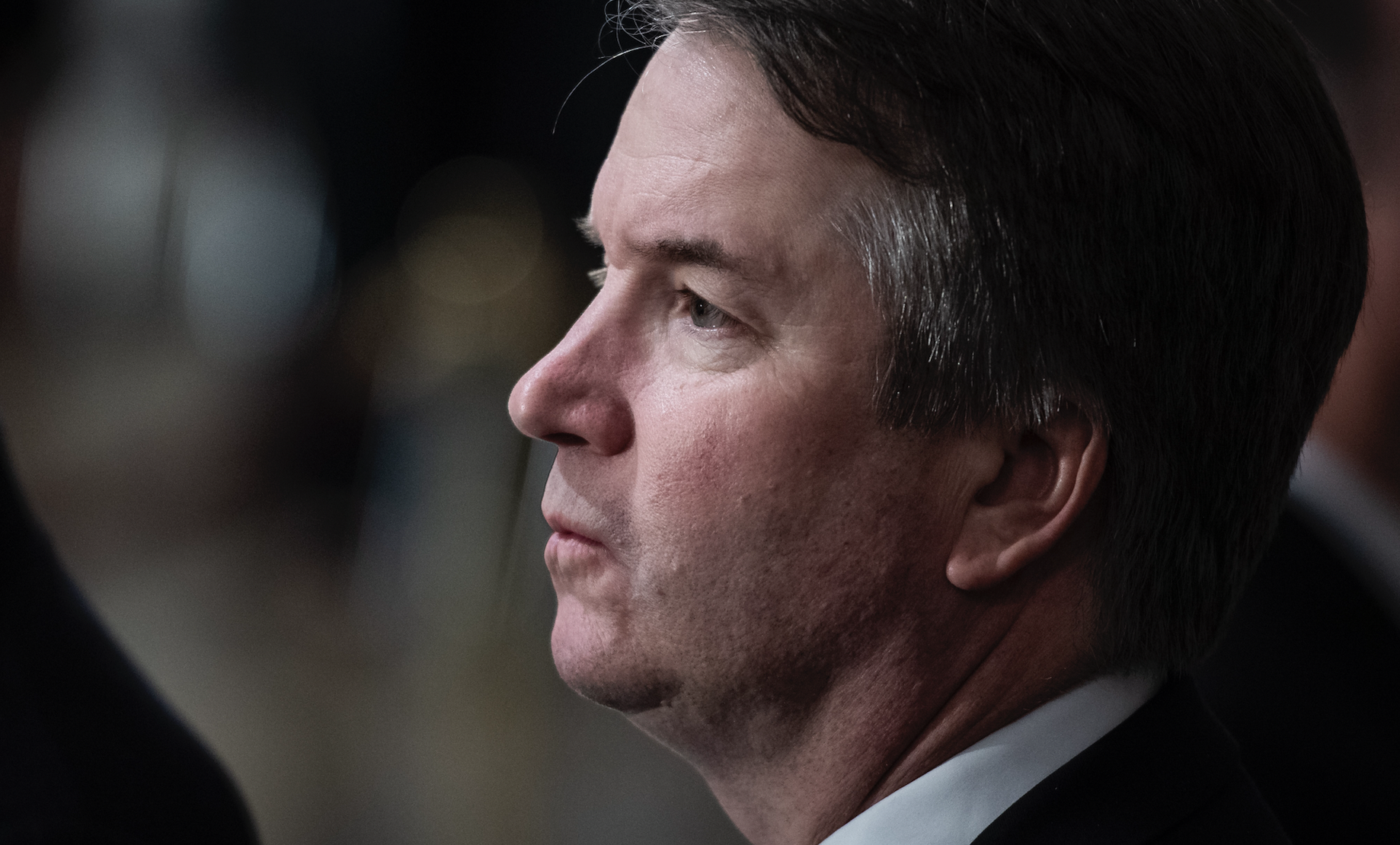 Supreme Court Justice Brett Kavanaugh had to leave a Washington steakhouse via the back door thanks to protesters who had a beef with him over the high court’s recent abortion ruling, according to a report.

The jurist was dining at swanky Morton’s in downtown D.C. when the mob showed up outside and demanded the manager boot him. Kavanaugh was able to finish his meal, but was ushered out the back to avoid the throng, Politico reported.

“We hear Kavanaugh snuck out the back with his security detail,” tweeted ShutdownDC. “Morton’s should be ashamed for welcoming a man who so clearly hates women.”

Kavanaugh reportedly did not hear or see the protesters, but was forced to skip dessert.

A Morton’s spokesperson told Politico it was outrageous that patrons could be disturbed by protesters while dining.

“Honorable Supreme Court Justice Kavanaugh and all of our other patrons at the restaurant were unduly harassed by unruly protestors while eating dinner at our Morton’s restaurant,” the spokesperson said, per Politico. “Politics, regardless of your side or views, should not trample the freedom at play of the right to congregate and eat dinner. There is a time and place for everything. Disturbing the dinner of all of our customers was an act of selfishness and void of decency.”

Kavanaugh was part of the 5-4 majority that voted last month to overturn the landmark 1973 Roe v. Wade ruling, which made abortion a federally guaranteed right. The Court ruled that states have the right to allow, regulate, or potentially ban abortion.

Last month, a California man was caught near Kavanaugh’s home who authorities say was planning to assassinate the jurist. Nicholas John Roske, 26, of Simi Valley, California, was arrested in Chevy Case, Maryland, after he allegedly traveled to Kavanaugh’s home armed with weapons and burglary tools. Prosecutors say he wanted to stop Kavanaugh from ruling on Second Amendment and abortion cases.

In 2018, then-White House Press Secretary Sarah Huckabee Sanders was kicked out of a Lexington, Virginia, restaurant by its owner over politics. Red Hen restaurant owner Stephanie Wilkinson defended the move amid a backlash from conservatives, but city officials told Newsweek that the town, some 200 miles south of Washington, had to invest in a tourism campaign after being hit with bad PR. Wilkinson also later warned conservatives in a Washington Post op-ed that they shouldn’t be surprised when restaurant workers spit in their food.