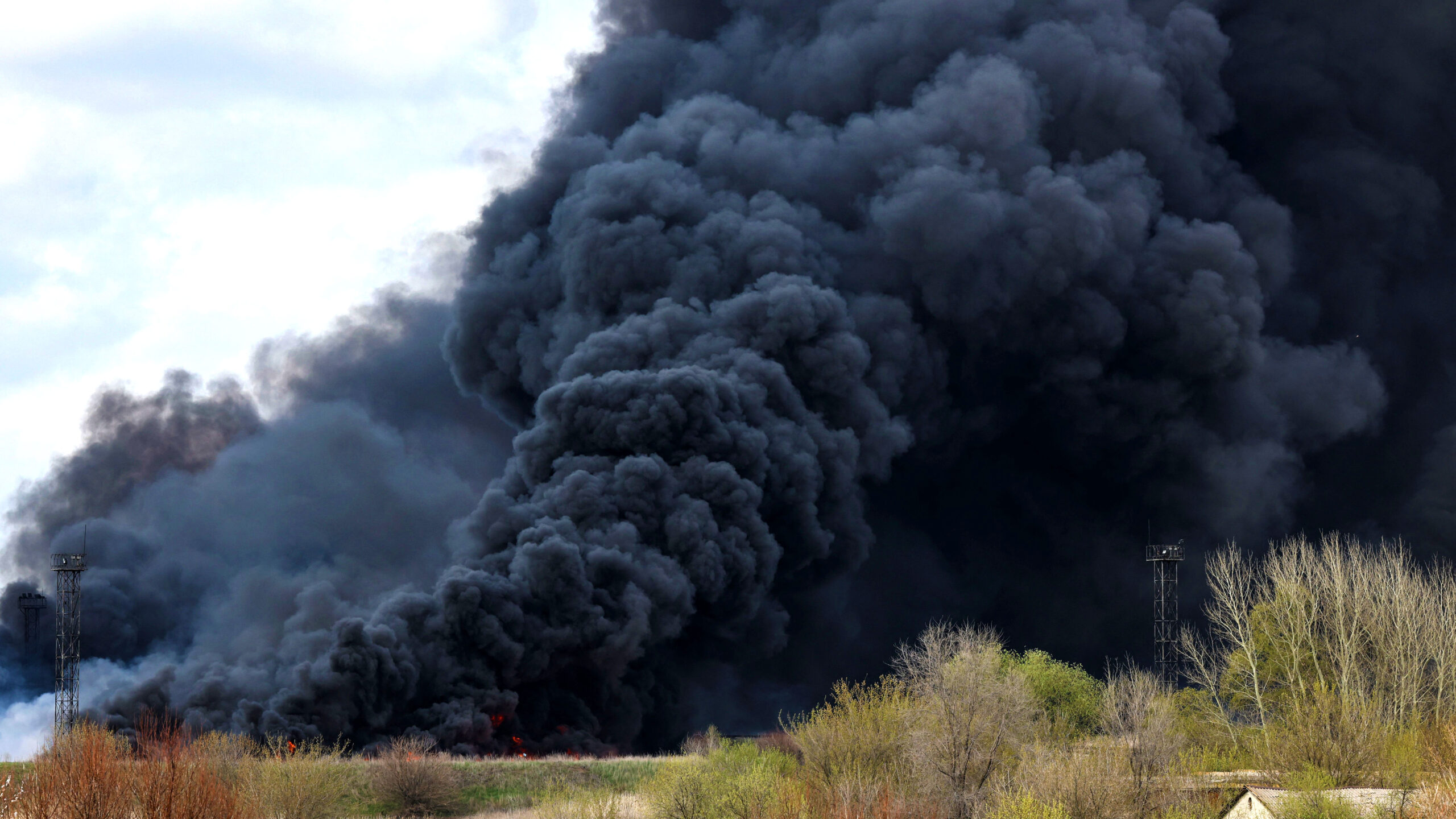 Russia launched a new, 300-mile-long ground offensive in Ukraine on Monday after regrouping its forces following extremely stiff resistance throughout the country.

The new offensive included missile strikes and shelling of cities, including the western city of Lviv, with rockets and artillery, The New York Times reported. Citing sources on the ground, the paper reported that the Russian army was still prioritizing Donbas, the southeastern region along its border.

But the intense missile barrage on Lviv, which left several dead for the first time in the war, “punctured any illusions that the picturesque city of cobbled streets and graceful squares near Poland’s border was still a sanctuary from the horrors Russia has inflicted elsewhere in Ukraine over the past two months,” the Times wrote.

Maksym Kozytsky, the governor of Lviv, described one example of the carnage.

“It was a barbaric strike at a service station, it’s a completely civilian facility,” Kozytskyy said.

Ukrainian President Volodymyr Zelensky said that “a very large part of the entire Russian army is now focused on this offensive” and that his forces would continue to fight the Russian invaders. Zelensky added that the Russian military had been preparing for the battle of Donbas “for a long time.”

Russia has been prepping troops and supplies for weeks to mount a new assault on the Donbas region, The Washington Post reported. The largely ethnic Russian area became a priority after Russia failed to take the Ukrainian capital, Kyiv. Oleksiy Danilov, secretary of Ukraine’s national security and defense council, told the Post Russia attacked along the front line in Donbas and Kharkiv.

Michael Kofman, the director of Russian studies at CNA, a research institute, said that while Russia still has more military resources at its disposal than Ukraine does that “no matter what happens in the Donbas, the Russian military will be a spent force.”

The news comes as supplies from other nations have arrived or will soon arrive in Ukraine, including 18 howitzer cannons  with 40,000 rounds of ammunition, British anti-ship missiles, tanks and armored vehicles from around the world, 16 self-propelled Zuzana 155mm howitzers, and other various other weapon systems.