Senate report on Jan. 6 riot calls on Congress to fund the police, identifies security failures that led to attack 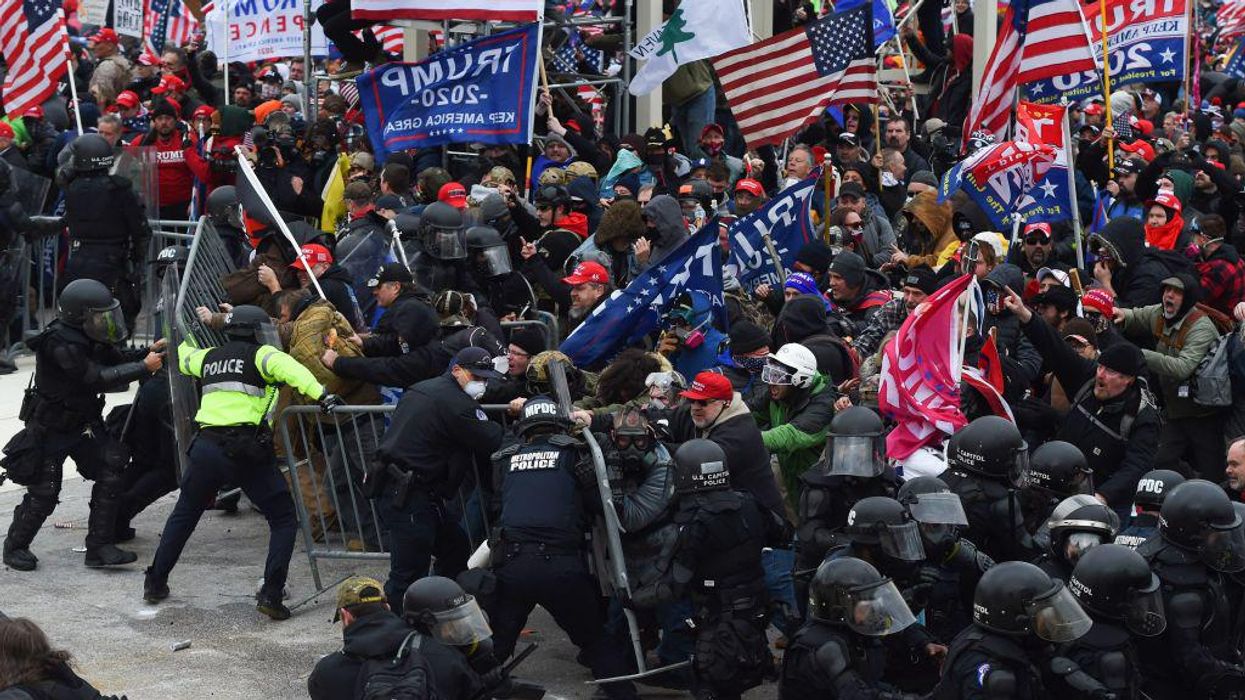 The United States Senate released its bipartisan report on the Jan. 6 Capitol riot Tuesday, highlighting the "security, planning, and response failures" of the U.S. Capitol Police and the Capitol Police Board along with "critical breakdowns involving several federal agencies" before and during the events of that day.

The report was put together by the Homeland Security and Governmental Affairs Committee and the Committee on Rules and Administration. It is the first and so far only bipartisan review of how rioters trespassed at the U.S. Capitol, ransacked government offices, stole property, assaulted and severely injured Capitol Police officers, and sought to stop a joint session of Congress from carrying out its constitutional duty to certify the Electoral College votes for president and vice president of the United States.

The Senate report made several recommendations, including to give the Capitol Police chief more authority to respond to crises, to give law enforcement better planning and equipment — with additional congressional funding — and to make intelligence sharing between federal agencies more efficient.

"The January 6 attack on the Capitol was an attack on democracy itself. Today's joint bipartisan congressional oversight report from the Homeland Security and Governmental Affairs Committee and the Rules Committee details the security and intelligence failures in the days leading up to the attack, the lack of preparedness at the Capitol, and the slow response as the attack unfolded," Homeland Security ranking member Sen. Rob Portman (R-Ohio) said. "We make specific recommendations to address key failures in the Capitol Police Board structure and processes; ensure Capitol Police has the training and equipment necessary to complete its mission; update how the intelligence agencies assess and issue intelligence bulletins, particularly as it relates to social media; enhance communications between the chain of command at the Department of Defense; and ensure timely and effective cooperation and coordination amongst federal, state, and local law enforcement. We must address these failures and make the necessary reforms to ensure this never happens again."

"Thanks to the heroic actions of U.S. Capitol Police, D.C. Metropolitan Police, the National Guard and others — rioters on January 6th failed to achieve their goal of preventing the certification of a free and fair presidential election. The events of January 6th were horrific, and our bipartisan investigation identified many unacceptable, widespread breakdowns in security preparations and emergency response related to this attack," committee Chairman Sen. Gary Peters (D-Mich.) said. "Our report offers critical recommendations to address these failures and strengthen security for the Capitol to prevent an attack of this nature from ever happening again."

The report found that federal law enforcement agencies, namely the FBI and the Department of Homeland Security, failed to warn of potential violence on Jan. 6 despite known online calls for violence at the Capitol on open-sources like social media platforms. These agencies did not find such online posts to be credible. The divisions of USCP responsible for collecting intelligence on possible threats likewise "failed to fully incorporate this information into all of its internal assessments about January 6 and the Joint Session." Failure to share information across various law enforcement agencies was a serious problem that led police to be caught off guard when Trump's supporters formed a mob and breached the Capitol.

USCP also did not appear to develop a plan for how officers would be staffed during the Joint Session and front-line officers were not given "effective protective equipment or training" to deal with a crowd as big as the one that gathered in support of former President Donald Trump.

"These operational failures were exacerbated by leadership's failure to clearly communicate during the attack," the report said.

The National Guard's failure to respond to the riot was blamed on "opaque processes and a lack of emergency authority."

"As the attack unfolded, [the Department of Defense] required time to approve the request and gather, equip, and instruct its personnel on the mission, which resulted in additional delays," the report explained.

The Senate report recommended that the chief of USCP be given the ability to directly request assistance from the D.C. National Guard in emergency situations without waddling through bureaucratic red tape. It also calls for Congress to increase funding for Capitol Police training, equipment, and staff needs, among several other recommendations.

"This report lays out necessary reforms including passing a law to change Capitol Police Board procedures and improving intelligence sharing. I will work with my colleagues on both sides of the aisle to implement the recommendations in this report that are needed to protect the Capitol and, in turn, our nation," Rules Committee Chairwoman Sen. Amy Klobuchar (D-Minn.) said.

"These recommendations are based on an extensive fact-finding effort that included interviews with key decision makers, firsthand accounts from law enforcement personnel, and the review of thousands of documents," ranking member Sen. Roy Blunt (R-Mo.) said. "Our focus now should be on immediately implementing these recommendations. We owe it to the brave men and women who responded that day to do everything we can to prevent an attack like this from ever happening again, and in every instance ensure that the Capitol Police have the training and equipment that they need."

Upon release, the report was criticized by CNN and other media outlets for neglecting to directly blame then-President Trump for stoking violence.

The report does not provide additional insight into the shooting death of Ashli Babbitt by a USCP officer.