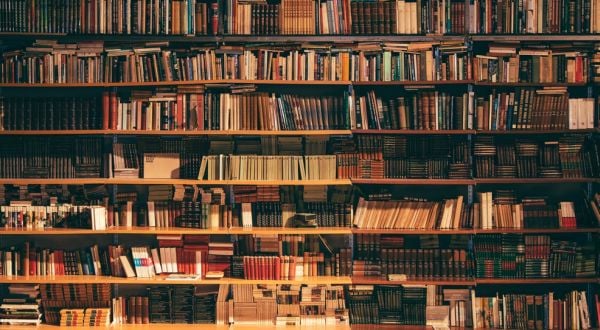 Parents and citizens concerned about the rampant promotion of the LGBT ideology to children in places like schools and libraries often are "canceled." They're told to shut up at public meetings, their agendas for making those locations safe for young children are ignored, their objections to graphic books is overruled.

Now they've struck back in one location.

They've "canceled" a local library where those promotions took precedent.

A report at Bridge Michigan explains what happened to the Patmos Library in Jamestown Township.

Members of that community, described as "politically conservative," voted to gut the library's funding because the library promoted an "LGBTQ-themed" graphic novel.

The community, in Ottawa County, rejected plans to renew a property tax that would have supported the library.

Library Board President Larry Walton complained that without the taxes from property owners, the "library is likely to run out of money sometime late next year," the report explained.

"I wasn’t expecting anything like this," he told Bridge Michigan.

He claimed the library "is the center of the community" and complained that taxpayers who voted against his agenda are "short-sighted."

The same issue has erupted at multiple points across the nation, in libraries, in schools and more.

But the report explained, "Tuesday may be the first time a community voted, in effect, to close its library rather than have it remain open with books some consider to be 'indoctrinating' children."

The decision was far from close, too.

Sixty-two percent of the voters rejected the funding; only 37% approved. At the same time, they approved taxing for roads and fire protection.

Voters objected to books that "depict, in some cases in detail, same-sex relationships," the report said.

The report explained the background, "As many as 50 people attended several library board meetings this spring, meetings that typically draw only a handful of residents. At those meetings, residents demanded the book be pulled from the shelves. The library board moved the book behind the counter, where children couldn’t happen upon it by accident."

But then other books were found to be offensive to the community. The library director, Amber McLain, quit a few months ago.

But the board decided to continue promoting the ideology, so an effort was organized by community members to defeat the tax plan, which failed 1,905-1,142.

The report noted Amanda Ensing, one of the promoters of the campaign against the tax, said, "They are trying to groom our children to believe that it’s OK to have these sinful desires. It’s not a political issue, it’s a biblical issue."

The vote means the library will continue to get taxes through the first quarter of 2023, then will have reserves of $325,000 that will be depleted.

Officials confirmed nearly 100 books in the library have the LGBTQ themes.

EDITOR’S NOTE: During the Biden era of rapidly metastasizing madness, the greatest madness of all may be today’s shockingly widespread campaign to indoctrinate, seduce, groom and flat-out RECRUIT America’s children into the dark world of transgenderism. Countless LGBT activists, including many public-school teachers, have taken to proselytizing the new transgender salvation to America’s children, both on social media and within the schools themselves. Even Biden’s far-left Health and Human Services Secretary Xavier Becerra fully supports taxpayer-funded amputations of healthy body parts of these vulnerable children, declaring ghoulishly, “We should help those have the life-affirming care that they need.” The result? Untold numbers of America’s kids are being led into lives of not just unending conflict, confusion, suffering, deformity and disability, but far too often – as multiple studies prove – suicide. The whole unbelievable story – including the underlying reasons, almost entirely unreported elsewhere, for what amounts to the most massive child sexual abuse campaign in American history – is explored as never before in the July issue of WND’s critically acclaimed Whistleblower magazine, titled “WHAT’S REALLY BEHIND THE TRANSGENDER CRAZE?”