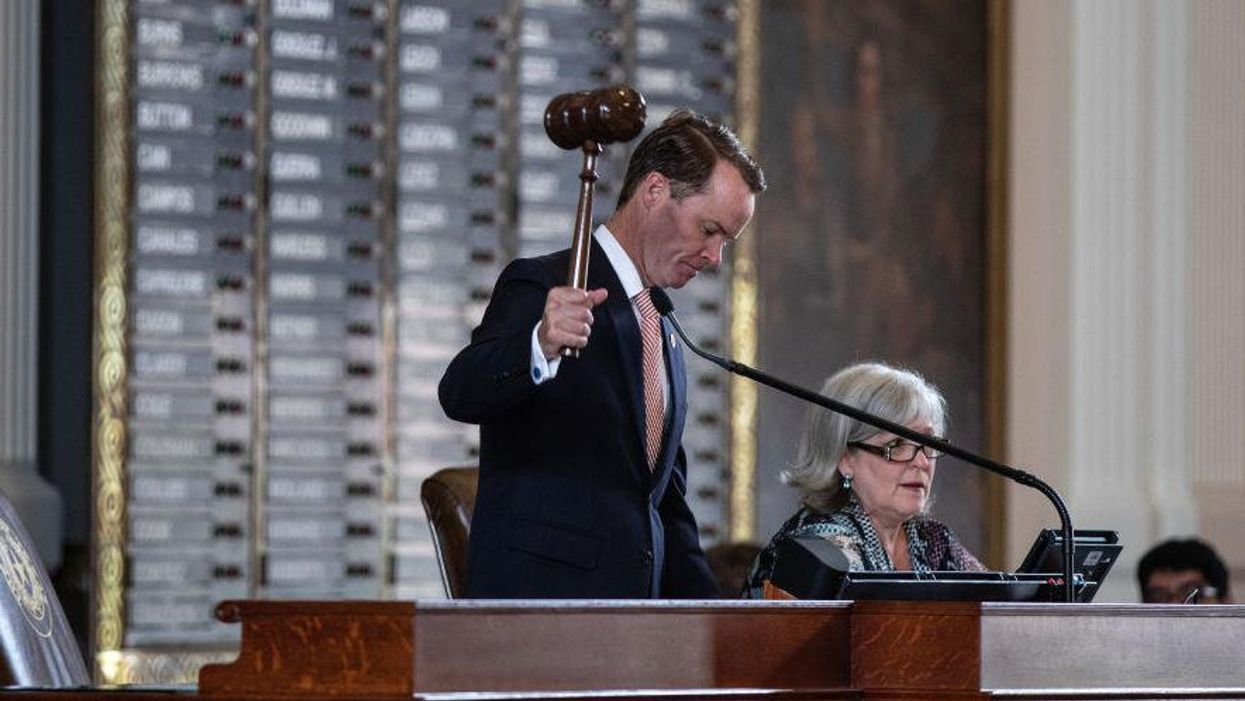 The warrants were codified after the Texas Supreme Court intervened and overturned a lower court ruling that blocked the arrest and forced return of the lawmakers to the Texas Legislature.

What did the Texas Supreme Court rule?

However, the Texas Supreme Court disagreed and voided Urrutia's temporary restraining order that blocked the arrests of state House Democrats.

What did Phelan do?

After the high court's ruling, the Texas House overwhelmingly approved — by a vote of 80-12 — to authorize the Texas House sergeant-at-arms to track down the missing Democratic members, arrest them, and force their return in order to regain a quorum.

Following the vote, Phelan signed 52 civil arrest warrants for the Democratic lawmakers who remain at-large, the Texas Tribune reported. The speaker's spokesman said the warrants would be delivered to the sergeant-at-arms Wednesday morning "for service."

The 52 warrants represent the majority of the Texas House Democratic Caucus, which currently stands at 67 members.

As TheBlaze reported, at least four House Democrats returned from Washington on Monday, a decision that incited outrage from their colleagues who remain in the nation's capital. The returning members were mocked, ostracized, and accused of undermining those who refuse to return.

How did Democrats respond?

Chris Turner, chairman of the Texas House Democratic Caucus, responded to news of the arrest warrants by claiming absent lawmakers are "fully within our rights as legislators to break quorum to protect our constituents," the Tribune reported.

Despite failing to fulfill the legislative duties they promised to voters, some members of the Democratic caucus have attempted to paint themselves as victims.

In fact, nearly two dozen Texas House Democrats filed a lawsuit against Abbott, Phelan, and a third Texas Republican last Friday. The lawsuit claims the Republicans have infringed upon their constitutional rights, and alleges they have been "deprived of liberty."