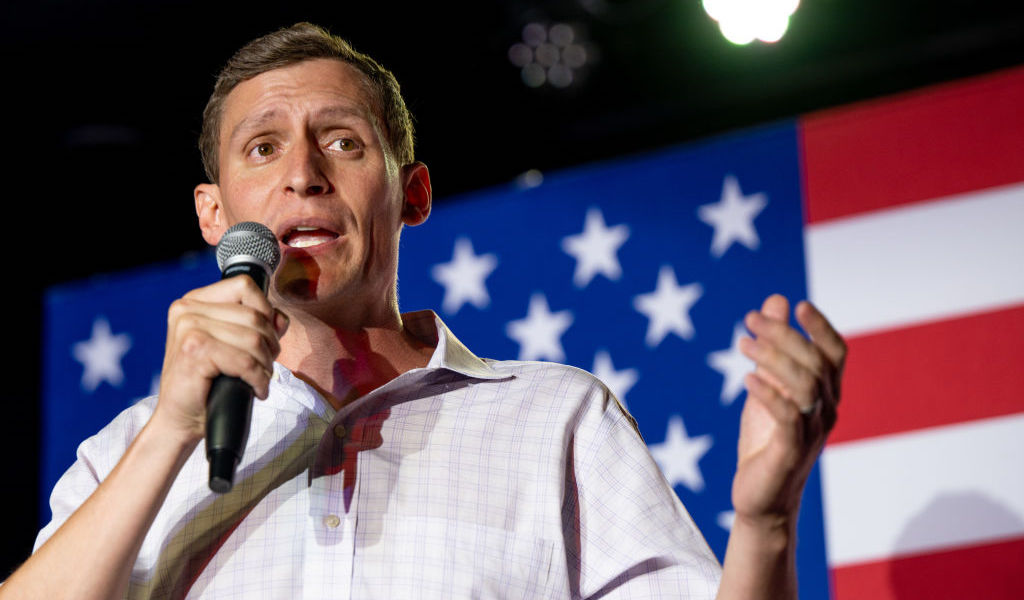 Blake Masters, with the backing of former President Donald Trump and Silicon Valley magnate Peter Thiel, won the Republican nomination to represent Arizona in the U.S. Senate on Tuesday.

Masters trailed behind Arizona Attorney General Mark Brnovich and businessman Jim Lamon for much of the race. Masters, formerly COO of Thiel Capital and president of The Thiel Foundation, surged in the race after Trump endorsed him June 2.

The race was called with Masters winning nearly 40% of the vote after an estimated four-fifths of the ballots had been counted. At the time, he held a roughly ten-point lead over his next closest competitor. Masters will take on Democratic Senator Mark Kelly, a former astronaut, for his seat in November.

Masters campaigned as a MAGA conservative and supporter of Trump’s agenda, with an emphasis on rebuilding the family. He was largely financed by Thiel, a Silicon Valley tech executive who has become increasingly active in bankrolling Republican candidates in the 2022 election.

Masters is one of Thiel’s most prominent beneficiaries, working in several roles for the wealthy tech executive before his run for Senate. Thiel, who reportedly has Trump’s ear and advises him on certain endorsements, may have played a significant role in getting Masters the former president’s nod.

In June, Masters made headlines after he joined several other men in shoving a protester out of one of his events. The protester showed up to a Masters event in a “jail Trump” hat and a Black Lives Matter t-shirt to see their reaction to someone who “clearly [does] not agree with most of what they believe,” he said after the incident.

Masters defended his actions after the incident, saying that the protester was thrown out of the event after hitting a woman.

“A masked-up guy with a BLM shirt crashed this GOP event tonight. Started causing trouble, then he hit a woman. So me and some guys put him on the ground, then the police came for him,” Masters tweeted, adding that the ‘fake news’ would probably spin the story as ‘Senate Candidate Blake Masters ATTACKS Peaceful Protestor!’”