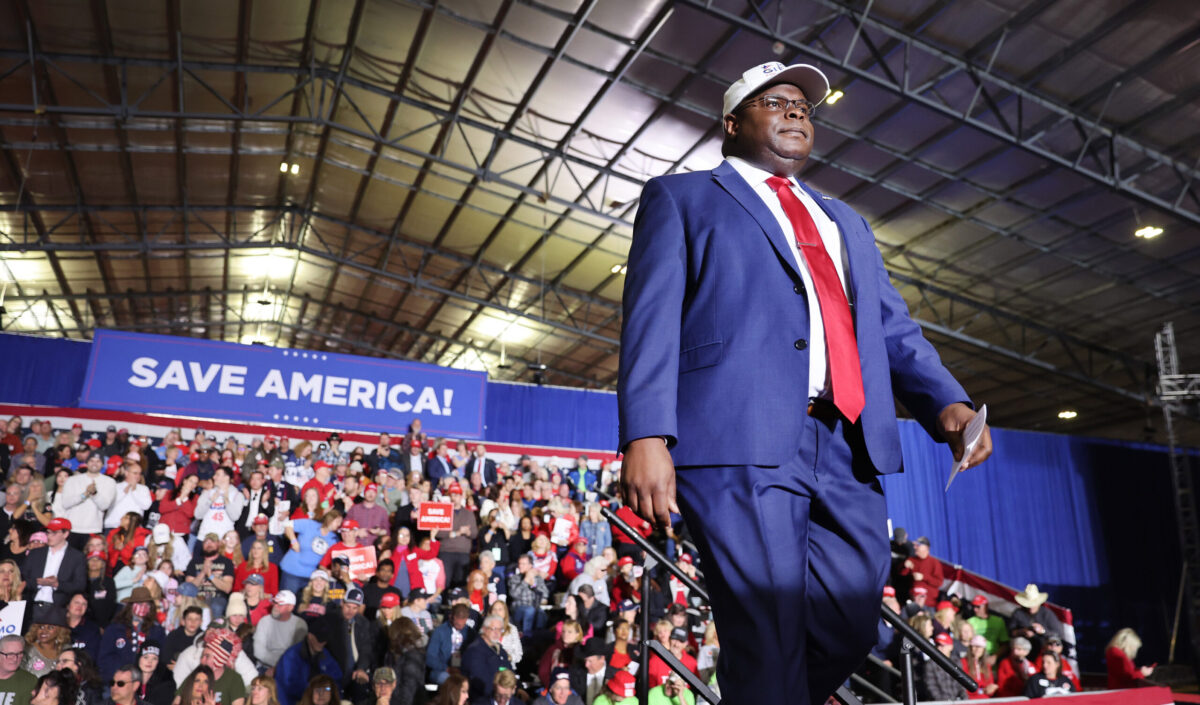 With 84% of the vote in, Gibbs led by more than 5,000-votes at the time of publishing, according to Decision Desk HQ. The two candidates traded leads throughout the night before Gibbs finally held on for good after midnight local time.

Rating change: @CookPolitical will be moving #MI03 from Toss Up to Lean D.

Gibbs was endorsed by Trump in November and vowed to challenge Meijer, who voted for Trump’s impeachment following the January 6 Capitol riot. The heated race was viewed by many as a referendum on Trump’s influence over Michigan politics.

The race also drew the interest and money of Democrats in the state, seeking to set up a more favorable matchup for their candidate Hillary Scholten. Democrats dished out nearly $500,000 for an ad before the primary painting Gibbs as the true conservative in the race.

According to Cook Political Report, Gibbs’ victory means Democrats are slightly more likely to win the House seat in November, but experts are predicting a “red wave” to sweep the country in November.

Gibbs worked for the Trump administration under Housing and Urban Development Secretary Ben Carson. He was a Trump loyalist from the beginning, writing for The Federalist in 2016 in support of the former president’s run.

Meijer cited his constitutional responsibility in his vote to impeach Trump. “I take the oath I swore to the Constitution, an oath I took under God, seriously and voted accordingly,” he said. Meijer was seeking his second term in the House.

“By voting to impeach President Trump,” Gibbs wrote in December, “RINO Peter Meijer chose to be fawned over by the media & the DC establishment instead of doing what’s right & representing those who voted for him.”