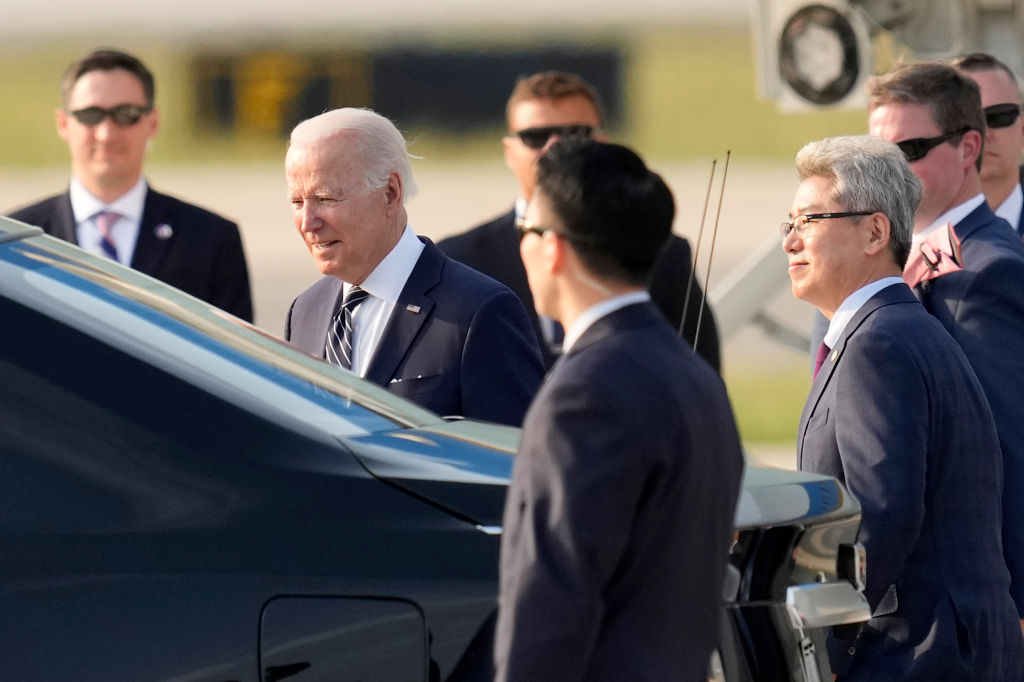 As President Joe Biden was landing in South Korea early Friday, two members of the Secret Service were being sent home after a booze-fueled incident that involved local police, according to a report.

The employees, described by ABC News as an agent and an armed physical security specialist, went bar-hopping after dinner and the agent wound up in a confrontation with a taxi driver, ABC News reported.

“The Secret Service is aware of an off-duty incident involving two employees which may constitute potential policy violations,” agency spokesman Anthony Guglielmi said in a statement. “The individuals will be immediately returned back to their post of duty and placed on administrative leave. There was no impact to the upcoming trip. We have very strict protocols and policies for all employees and we hold ourselves to the highest professional standards. Given this is an active administrative personnel matter, we are not in a position to comment further.”

Biden landed early Friday in Pyeongtaek for his first presidential visit to Asia, beginning a five-day tour aimed at bolstering the White House’s economic commitment to the region. Biden’s first remarks in South Korea called for final passage of a bill  meant to boost U.S. competitiveness against China that House and Senate negotiators are currently negotiating.

The three-day visit also comes as North Korea has become increasingly belligerent, testing missiles and reportedly refusing to talk with the Biden administration. North Korea conducted two ICBM tests earlier this year and tunneling activity indicates preparation for a nuclear test, according to a report from CNBC.

The agent involved in the argument with the taxi driver was slated to be interviewed by local police before returning to the U.S.

The Secret Service has been involved in other embarrassing and high-profile scandals over the past decade. In a 2012 incident, several were investigated for drinking and soliciting prostitutes while doing advance work for a trip by then-President Barack Obama to Cartagena, Colombia.

Six agents resigned or retired and four had their security clearances revoked, according to a 2013 report by the Homeland Security Department inspector general.

In another incident in 2015, two agents were ‘likely’ impaired by alcohol when they drove a government vehicle through a secure White House area, the inspector general found.

The Secret Service, which provides protection to 33 members of President Biden’s administration and family, as well as former presidents and members of their families, has reportedly been plagued by staffing and training problems in recent years.