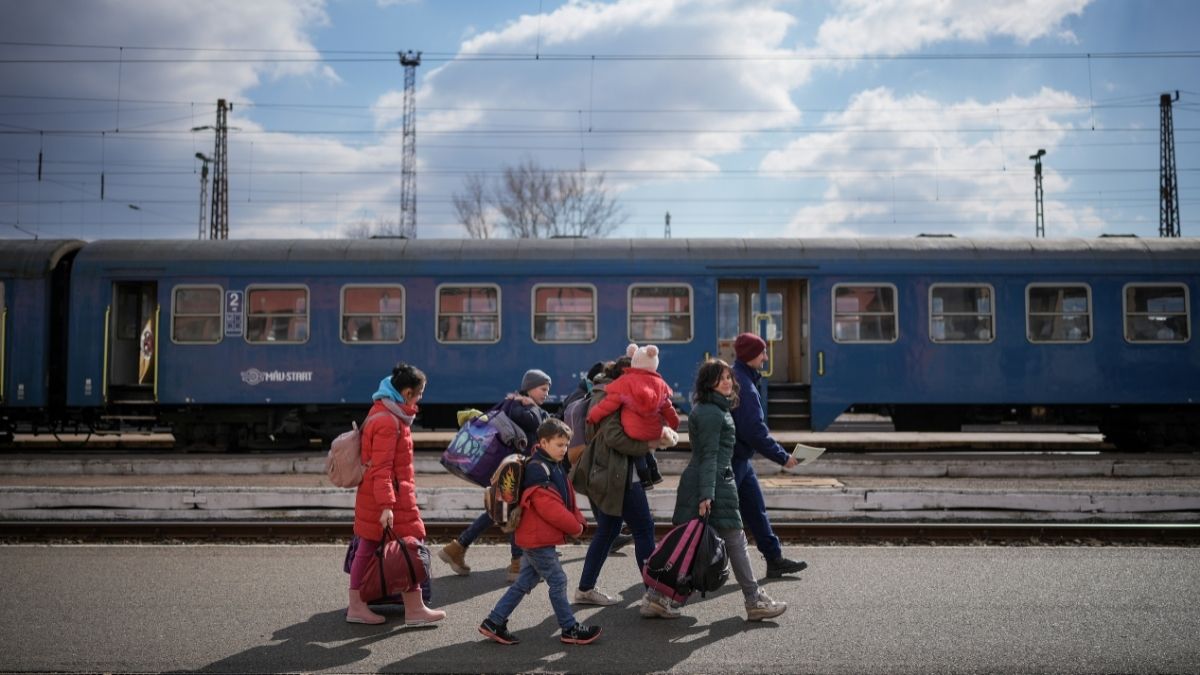 The encounters included 3,274 Ukrainian citizens at the U.S.-Mexico border in March, according to Forbes.

“About 61.9% of the Ukrainian citizens counted by CBP in March traveled to the southern border with a family member, 37.4% were single adults and 0.6% were unaccompanied minors, roughly consistent with the demographics of Ukrainian migrants who have been arriving at the U.S.-Mexico border since the beginning of the year,” Forbes reported.

The Biden administration responded to the report on Monday by announcing that it will extend the eligibility of Ukrainians for “temporary protected status” for up to 18 months and allow application for work permits, according to the Washington Post.

“We will continue working with the Administration to implement our other recommendations to ease bureaucratic hurdles that delay them reuniting with family in the U.S.,” he said in a statement, according to Bloomberg.

On April 2, approximately 1,500 Ukrainians were reportedly staying in Tijuana, according to Enrique Lucero, director of migrant affairs for the city. “We had a surprising influx in the past four days, mainly because after the conflict we started seeing arrivals as of March 11,” Lucero told CNN.

In late March, the White House announced that the U.S. will accept up to 100,000 Ukrainians fleeing from the Russian invasion.

The report came as more than 10 million Ukrainians had been displaced by war by late March, including 3.5 million people who have fled the country.

“While we expect many Ukrainians will choose to remain in Europe close to family and their homes in Ukraine, today, the United States is announcing plans to welcome up to 100,000 Ukrainians and others fleeing Russia’s aggression through the full range of legal pathways, including the U.S. Refugee Admissions Program,” the Biden administration announced.

“In particular, we are working to expand and develop new programs with a focus on welcoming Ukrainians who have family members in the United States. The United States and the European Union are also coordinating closely to ensure that these efforts, and other forms of humanitarian admission or transfers, are complementary and provide much-needed support to Ukraine’s neighbors,” the statement added.

The report also comes as the Biden administration prepares to end the use of Title 42 in May, rolling back a Trump-era policy implemented to turn away migrants at the southern border to help stop the spread of COVID-19.

Concerns continue to grow that the policy change could lead to an additional spike in illegal crossings. Border officials are preparing for up to 18,000 illegal crossings per day, a number that could exceed 540,000 people per month.