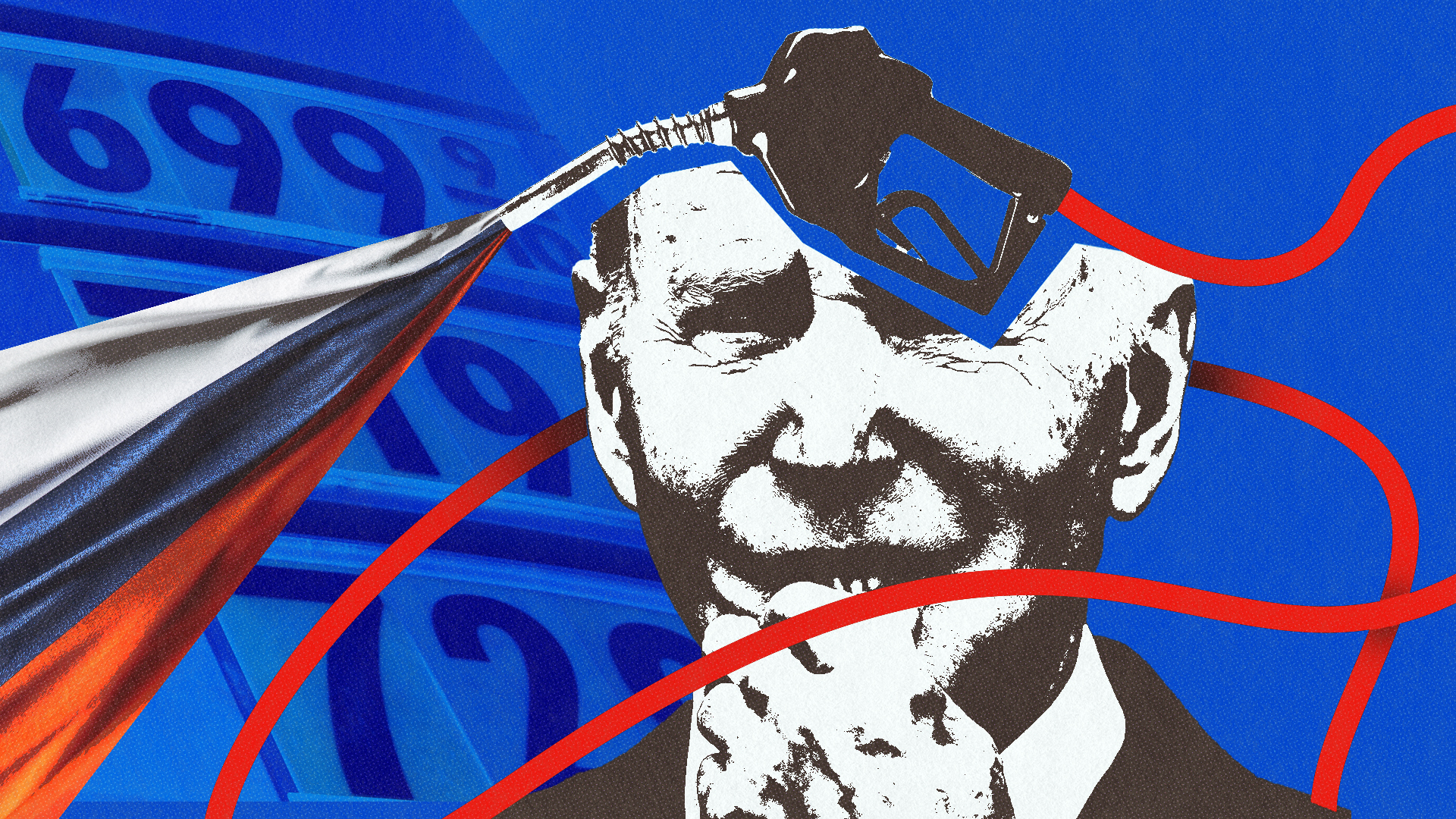 In the spirit of never letting a crisis go to waste, the White House is going all-in on an attempt to convince Americans that soaring gas prices are solely the result of Vladimir Putin’s invasion of Ukraine. On Tuesday Joe Biden called it “Putin’s price hike,” a phrase we will no doubt be hearing a lot. But even if it were true (it’s not) it won’t help Biden. That’s because Americans also blame him for the crisis in Ukraine.

Anyone with a car knows that gas prices have been on the incline since long before Putin’s invasion. White House Press Secretary Jen Psaki is not going to be able to Jedi mind trick folks into believing that isn’t true. But even if she could, shifting the cause to Putin is not the boffo political maneuver the administration is looking for. This is, after all, the same Joe Biden who promised he would have the Russian dictator quaking in his boots. How did that work out?

Joe Biden’s one massive political problem is that he ran as the guy who would restore normalcy and instead he has presided over a parade of bizarre disasters. Covid failures, the Afghanistan withdrawal, inflation, and the crisis on the southern border all under his watch. Now we can add Ukraine. In a recent poll, 62 percent of Americans said Russia would not have invaded under Trump, and 59 percent credited Biden’s weakness as a cause of the war.

Cutting off Russian oil to the United States, which could have an additional upward impact on gas prices was far from the White House’s first choice. Reports indicate that Biden was late to this party and buckled under pressure from congressional Democrats to cut off Putin’s oil. The White House likely knows that painting pain at the pump as patriotism won’t go very far, but frankly, it’s all they have.

This gas situation becomes an additional problem for Biden and his handlers because it forces them to pretend that their stated goal wasn’t always to scale back American fossil fuel production so as to usher in a paradise of clean energy. Suddenly, Biden is claiming that American production is actually robust, though tellingly, he will not commit to producing more.

And that is the rub for this president. The easiest, best thing he could do right now is rallying Americans around a massive patriotic energy production campaign, a wartime footing of drilling and pipelines meant to protect America from rogue nations and their energy supplies. So committed is Biden to his New Green Deal fantasies that he will neither save the country from reliance on dictators’ oil nor save his own presidency.

Among the most maddening aspects of the current administration is its utter unwillingness to ever change course. Despite its failures and pothole polling numbers nobody has been fired or even resigned. Biden announces policies and then grinds ahead regardless of results, his is a ship of state without a steering wheel. And Republicans are preparing an iceberg for it.

If gas prices remain at or near record highs until the November midterms it could make what already looked like a red wave into something truly historic. Americans will not accept one part of one of the problems they face being Putin’s fault as an excuse for the overall incompetence of the Democrat Party’s governing majority. Republicans in House and Senate races will pound gas prices and force their opponents into a choice between pleasing progressive tree huggers or saving desperate car owners. And make no mistake, the Squad and the Justice Democrats will be right there to attack any moderate Democrat who wants more drilling.

What our country lacks under Biden is a leader who can shape events rather than be shaped by them. For weeks he told the world and Putin exactly what was on and off the table in response to a possible invasion. His reasonableness and predictability gained him nothing. Now he is blowing in the wind of repercussions he can’t control. That isn’t Vladimir Putin’s fault. It’s Joe Biden’s fault. And the American people know it.