Why We Should Reject ‘Irregularly Migrate’ And Other Leftist Phrases 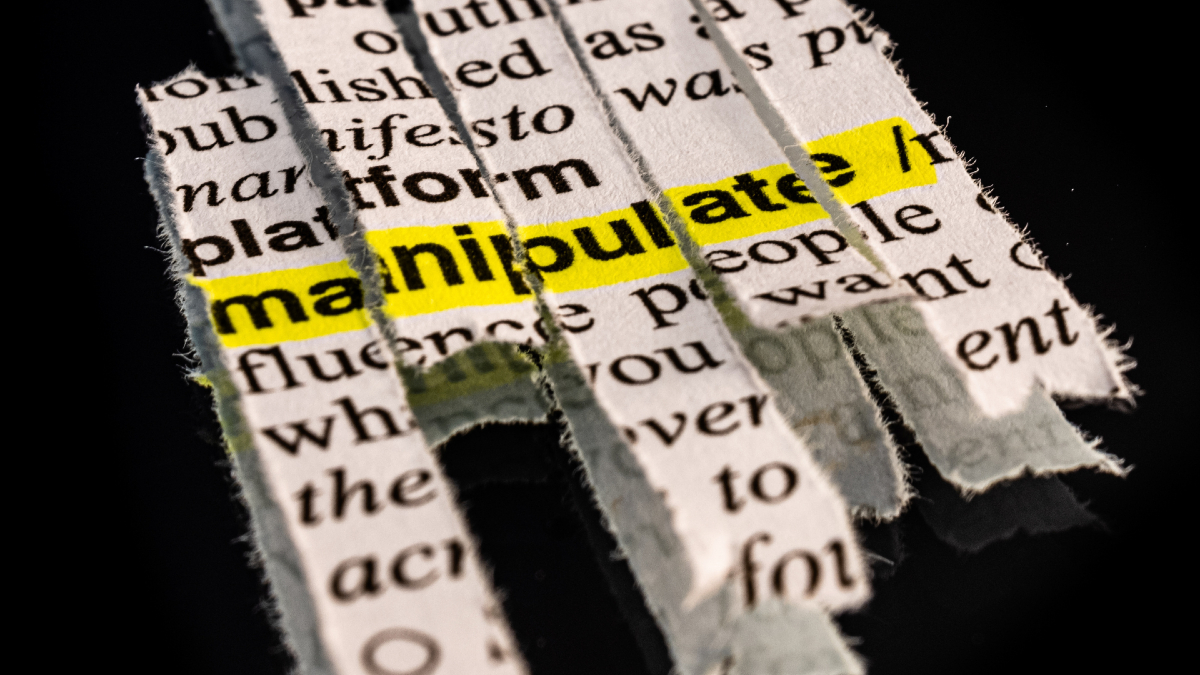 Are you a birthing person who irregularly migrates because of food insecurity?

If you understood what that sentence meant, you just might be a Democrat. Or you are a conservative tired of hearing the Left molest the English language in order to push their progressive agenda while hiding their true intentions behind newly created words.

If you fall into the latter camp, the only way to shut down this phenomenon is to reject the Left’s premise on such topics completely while calling to attention what they actually mean when they use phrases that no normal person would ever say in conversation.

Otherwise, if one uses the Left’s language, conservatives risk being manipulated into discussing politics on a progressive playing field, conceding that Democrats and the like hold the moral high ground on various issues.

Indeed, that same day White House Press Secretary Jen Psaki used that phrase while discussing the government’s choice to provide taxpayer-funded smartphones to illegal immigrants, supposedly so the feds could track them as they move about the country.

“Our concern is ensuring that individuals who irregularly migrate to the United States proceed through our process of, you know, of course, being monitored, but also participating in hearings to determine whether or not they will be able to stay,” Psaki told Fox News’ Peter Doocy.

Does Psaki get paid by word count when she speaks at the White House press lectern? Psaki took eight words — “individuals who irregularly migrate to the United States” to say what could be said in two words, in a variety of ways: “illegal aliens,” “foreign nationals,” “illegal immigrants,” or — even giving these individuals the benefit of the doubt — “asylum seekers.”

Irregularly migrate sounds like a flock of birds being forced to change direction because of a wind farm, or perhaps it is a medical term akin to irregular bowel movements.

Psaki, of course, does not get paid by word count nor is she a part-time ornithologist or dietician who simply mixed up her terms. She’s a spokesperson for the Left.

“Beyond our often cruel and counterproductive choices when it comes to immigration policy, the language that we use to speak about immigrants can often have dehumanizing effects,” Padilla said during the hearing. “For example, in the Immigration and Nationality Act, it’s replete with references to ‘aliens’ and court opinions … can be found referring to undocumented persons as ‘illegal aliens.’”

“Let’s be clear, no person is an alien and no human being can be illegal,” Padilla added.

But that simply is not true. Even Google’s definition still shows that the term alien means, “a foreigner, especially one who is not a naturalized citizen of the country where they are living.”

The example Google gives for how it would be used in a sentence is “an illegal alien.”

Even a cursory glance at the etymology of the word alien leads one to understand what it means and how a person can really be “alien.” In Latin, “alius” means “other” while the Latin “alienus,” also used in Old French, means “belonging to another.”

“Illegal,” again as defined by Google, means “contrary to or forbidden by law, especially criminal law.”

The root word “legal” means “in accordance with the law” while the prefix “il” means “not.”

“Illegal alien” then simply means a foreign national belonging to another country who is not allowed in the U.S. (or some other country) according to the nation’s law.

But Padilla, Psaki, Jackson, and the Left don’t care if the definition they use is precise as possible nor does it seem likely they care for the rule of law.

It would appear their goal is to water down language so that the American people cannot make the distinction between a legal immigrant vs. an illegal alien.

The implicit goal then is to imply there is no difference between those who crossed the border and those who waited in line to come to the country, thereby paving the way for amnesty.

Of course, there is the often mocked phrase “birthing people.” It seems we can no longer divide parents between “mothers” and “fathers,” we have to accept the radical gender ideology that fathers can give birth to babies, thus we must say “birthing people” to mark the distinction.

“Birthing people” is now being used in official government documents. It may be the most brazen attempt by the Left to completely abolish the traditional way of thinking about the difference between the two sexes.

Mothers do a lot more than just give birth, but saying birthing people reduces mothers to a purely utilitarian function. That is because the Left is seeking a gender-neutral world where there is no difference between men and women.

The differences do not matter. The only thing that matters, at least to those who subscribe to such thinking, is what people can provide to the state, such as the ability to birth other humans.

The Left also loves to say that we must tackle “food insecurity.” At first, you might think it means somebody who is insecure about their cooking skills much like “body insecurity” means somebody with low self-esteem because of the way they look.

It is actually used to describe poverty or hunger. If a government’s first responsibility is to provide security to the people, doesn’t food insecurity imply that the government must also provide food to the people thereby creating food security?

Most Americans want to solve hunger, but it is doubtful they want the government to determine who eats what in the name of “food security,” unless you’re a leftist who believes in socialism.

These are just several examples of newfangled language created by the Left. There will undoubtedly be additional terms added to the political lexicon.

Next time they are introduced, stop and ask yourself, “What are they really trying to say?” After determining that, correct whoever uses the phrase, explain why the original words are better to use, and refuse to have the conversation based on their imposed newspeak.

The views expressed in this piece are the author’s own and do not necessarily represent those of The Daily Wire.